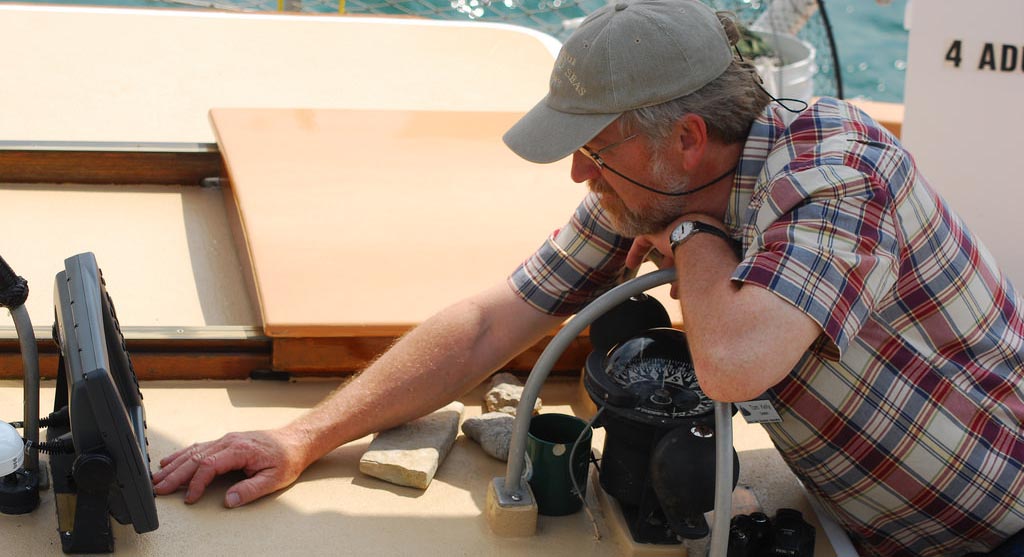 SUTTONS BAY:  Inland Seas Education Association (ISEA) is asking all who knew Tom Kelly to save the date. On Saturday, September 10, 2016, ISEA is holding a tribute event to honor the legacy left by Tom Kelly, the organization’s founder. The event will take place in the parking lot of ISEA, 100 Dame Street, Suttons Bay, beginning at 2:00 p.m.

The public is invited to participate in the event which will begin under a tent behind the ISEA Education Center. Friends of Tom will be sharing his vision for starting Inland Seas Education Association and stories throughout the journey. Inland Seas current executive director, Fred Sitkins, will then unveil ISEA’s waterfront plans to continue Tom’s legacy into the future. “I would encourage all friends of Inland Seas to participate in this portion of the event.” said Sitkins. “This is not a fundraising event, but one in which we are going to honor Tom’s passion for the Great Lakes. A passion that has impacted not only the lakes but the lives of students, volunteers, participants, and donors.”

After the commemoration under the tent, guests will be encouraged to participate in an interactive event at the schooner dock that will symbolize Tom’s legacy and our role of continuing it into the future. Guests will be entertained by music as they make their way to the grassy area near the dock and a past student/intern will be sharing how Tom’s dream has impacted her life. “Thousands of people have learned to appreciate and want to care for the Great Lakes because of Tom’s vision.” Sitkins said. “We want to show the impact he not only had, but will continue to have, through each of us carrying the torch and becoming Great Lakes stewards.”

Following the tribute, the schooner Inland Seas will be heading to Power Island to participate in a traditional gam. The term gam, comes from the traditional name for a meeting of whaling ships at sea. A whaler’s gam was a chance for some socialization and news from home. Many mariners today refer to a gam as a collection of boats at an anchorage where spontaneous socialization occurs. ISEA invites other boats to meet at Power Island for conversations between crews and socialization.

“We plan to have the event, rain or shine,” said Sitkins. “And we ask that people spread the word about the celebration. We have exciting plans we’d like to share that will expand the impact of Tom’s legacy.”

Inland Seas Education Association’s founder, Tom Kelly, passed away in January 2016. For 25 years, Tom was the executive director of ISEA. During his tenure, almost 100,000 students learned about the Great Lakes and its importance to the region and world. Many of them have gone on to become Great Lakes scientists.