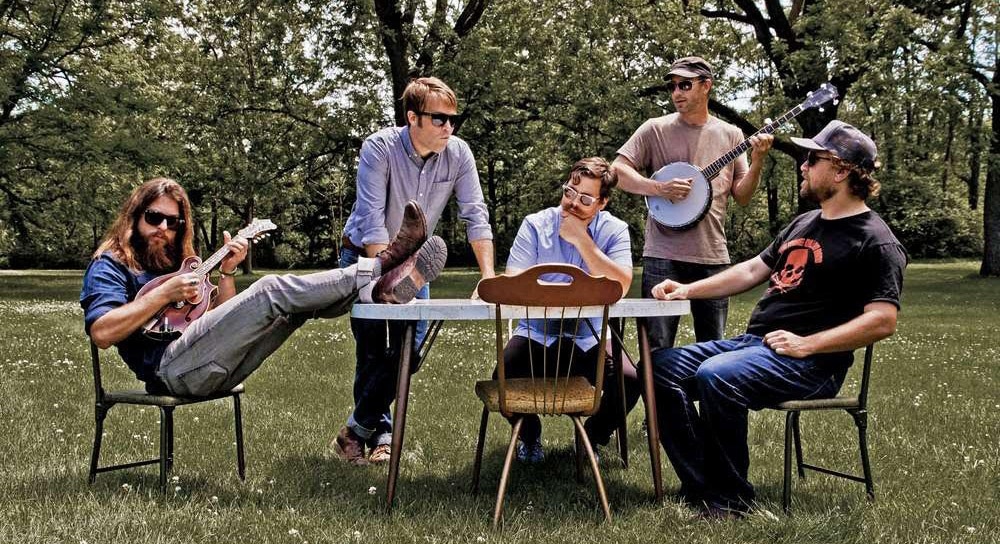 As summer wears on, so do the Northern Michigan music festivals—from Blissfest to Baroque on Beaver to the next big thing, the Hoxeyville Music Festival. More similar to the former than the latter, it features a host of string-playing, mostly acoustic, Americana-type performers.

Luthier Jake Robinson started Hoxeyville in 2003. The guitar maker, who crafted 12 to 15 guitars each year at his shop in Kalamazoo, wanted to honor and engage musicians in a location removed from the hustle and bustle of downstate cities. He succeeded, with a 100-acre setting along the Pine River amidst the trees of the Manistee National Forest.

National headliners, including former Dead members Mickey Hart, Bill Kreutzmann and Bruce Hornsby, have taken the stage alongside home-grown talent like Joshua Davis and Steppin’ In It, Seth and May, and others. Apparently Robinson too wanted to escape to the North, leaving Kalamazoo to live and work in the area eight years ago.

Woody Guthrie, the Grateful Dead, Flatt & Scruggs, Widespread Panic, and just about any other acoustic/bluegrass/jam band from the past 50 or 60 years

Add to that the bountiful music on two stages and you’ve got a recipe for a successful festival. It’s grown from that one-day event 13 years ago to a full three-day fest with food, folks and fun galore. It also has a midnight curfew for the stage shows and a limit of 3,000 attendees, making it a bit more family-friendly than other such events.

“These boys played a variety of old school bluegrass, mixed in with some jams, and smiled and bopped their heads the whole time. It is quite evident they thoroughly enjoy what they get to do for money.’” – JamBandsOnline on last year’s performance by Greensky Bluegrass

“It was smooth and mellow, well organized, incredible performances, great camaraderie among musicians, staff and attendees. The older we get, the sweeter it is to share in the good stuff.”– Musician Seth Bernard on Hoxeyville 2015

Weekend passes to the Hoxeyville Music Festival are $150. Some day passes remain available. Go to Hoxeyville.com.