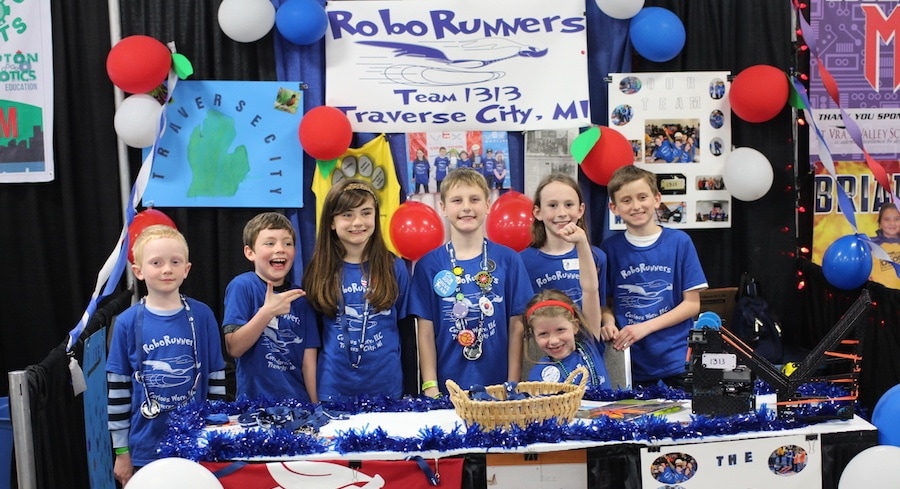 On Wednesday, July 20, look for the Traverse City robotics team RoboRunners on ESPN2 during official highlights of the 2016 VEX Robotics World Championships at 9 p.m.

RoboRunners elementary team placed 18th overall out of 175 elementary teams from around the world at the VEX World Championship, a huge accomplishment especially since this is the team’s first year together.

The competition was held April 20 through April 23 in Louisville, Kentucky. Teams had to create a robot capable of shooting or dumping balls past a barrier, climbing a ramp, and completing a series of other tasks.

“This is a student-led process,” says team mentor John Gilligan. “As a mentor, I help make sure things are moving along and provide some structure but it is up to the students themselves how well they do. This year we had an amazing and dedicated group that worked very hard and practiced a ton. They went beyond anything I had imagined, and I am truly amazed. They proved that if kids are willing to put in the work, anything is possible.” 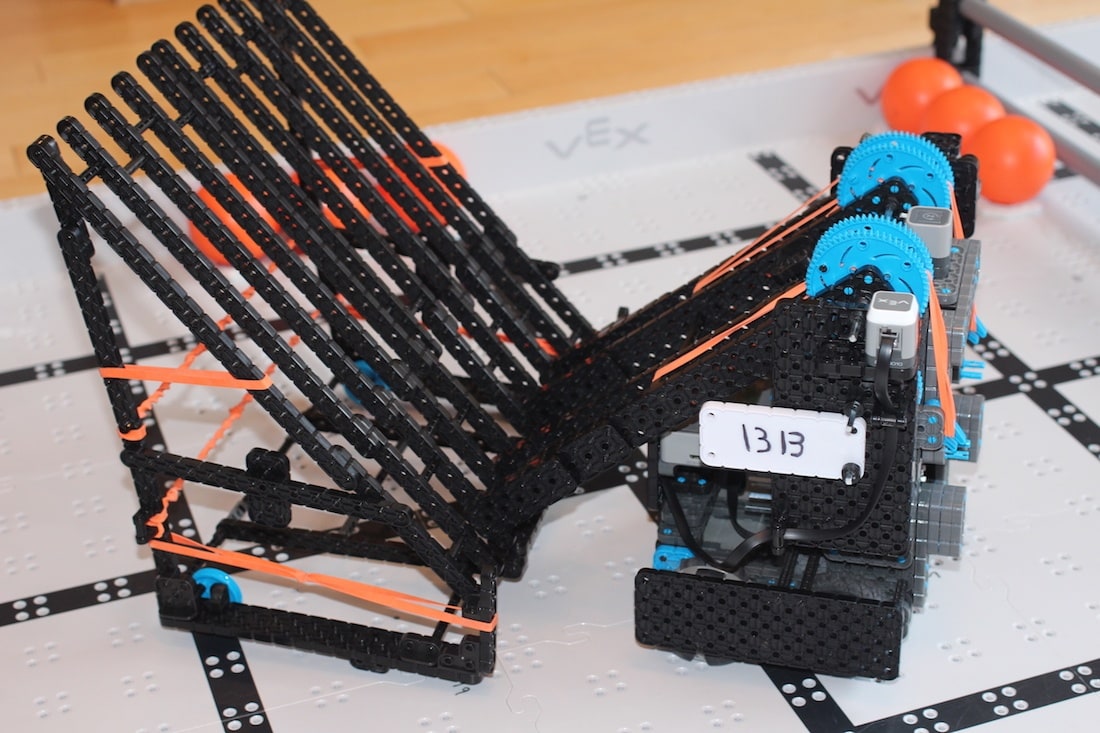 During the competition season, thousands of teams competed in the Vex Challenge. To qualify for the World Championship, teams had to win at the regional level.

About 1,000 teams made it to the World Championships spanning elementary through university level and representing over 30 countries. “Our team had a chance to pair up with students from China, India, Colombia, and more,” John says. “Watching the kids learn to communicate with people they do not share a language with was fun.”

This year, the competition was the largest yet with 1,075 teams competing and setting a Guinness World Record for the largest robotics competition. “It is really great that robotics has the level of support/interest that football and basketball had when I was young,” John says. “Before I got involved I would have never known that robotics could pack stadiums and leave standing room only! The scope of the event was mind-blowing.  There was around a mile of team booths, competition fields, and industry space.”

The students also had opportunities to meet professionals from major companies and organizations including NASA, Northrop Grumman and Nissan, as well as meet students from around the world. 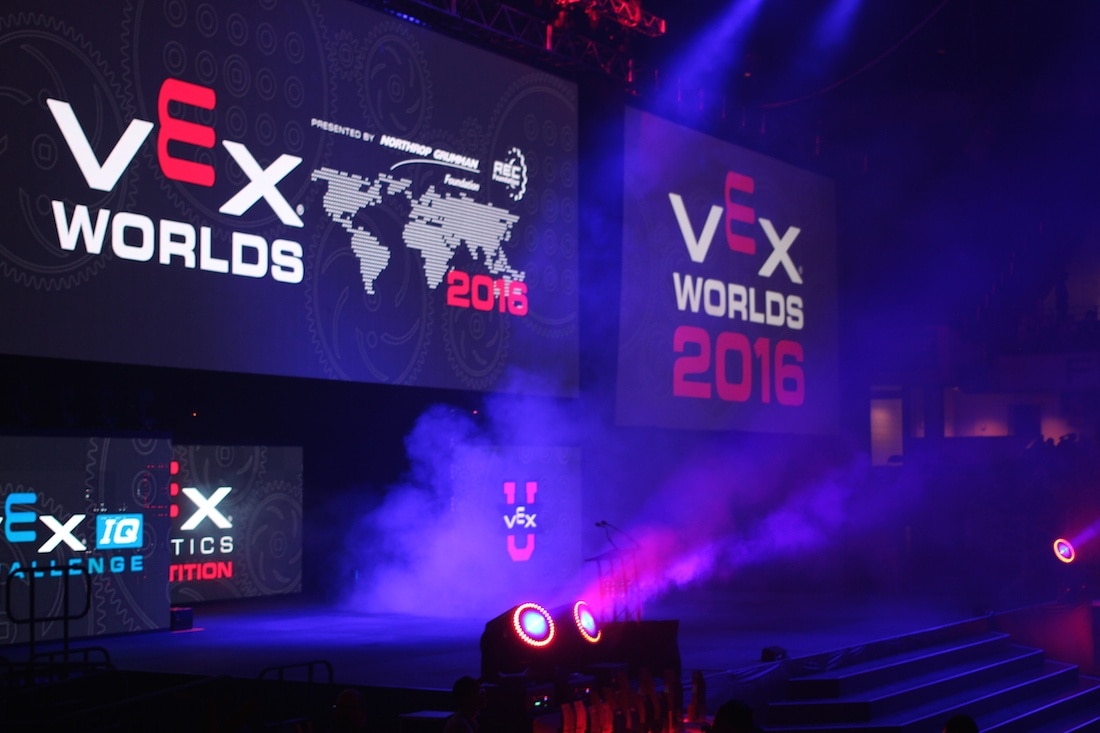 RoboRunners is currently forming Traverse City robotics teams for the 2016-2017 season. Teams will be made up of three to 10 students each and are open to all regional students who have the interest and commitment to compete with teams from around the state and world.

There are two age categories: second through fifth grade and sixth to eighth grade. These groups compete together and against one another at local competitions, but are separated at state competitions (and beyond).

For more information about the Traverse City robotics team RoboRunners, contact John Gilligan at robots@curiousworx.com, or check the news section of the team website for upcoming meetings.