SunFrog Shirts Putting Gaylord on the Map, One Shirt at a Time 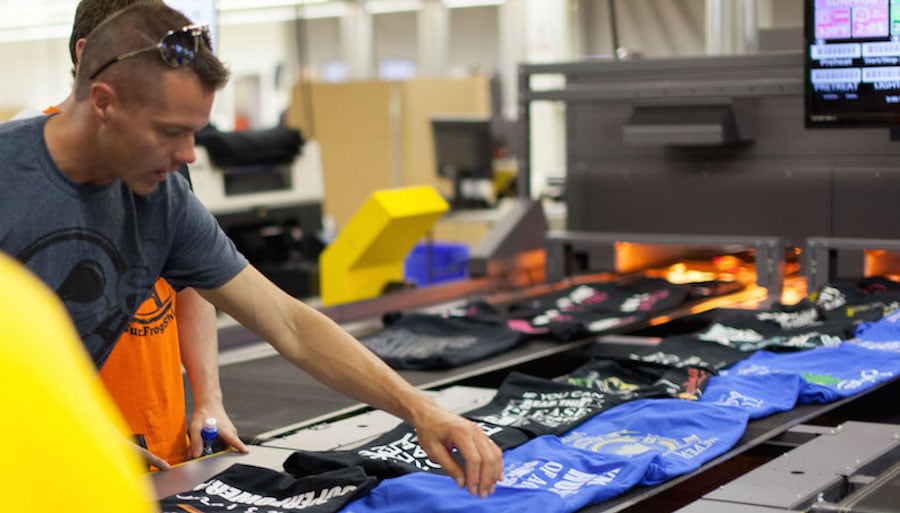 SunFrog Shirts isn’t a household name. Not yet. But it’s close. According to Josh Kent, owner and CEO of the Gaylord-based T-shirt manufacturer, the company’s website was just ranked in the top .003 percent by the analytics firm Alexa. Alexa provides traffic data, global rankings and other information on 30 million websites. “We’ve had some tremendous growth,” Kent says. “Alexa ranks all sites, and we’re in the top 1,000. When you hit 500 you’re a household name.”

When Kent founded SunFrog three short years ago, it wasn’t ranked anywhere. Kent started the firm as an offshoot of his wholesale T-Shirt company. He melded his coding and web-building skills with designs by independent artists across the globe. The concept began to take off, as did the company, going from 20 employees to over 200 within a year. 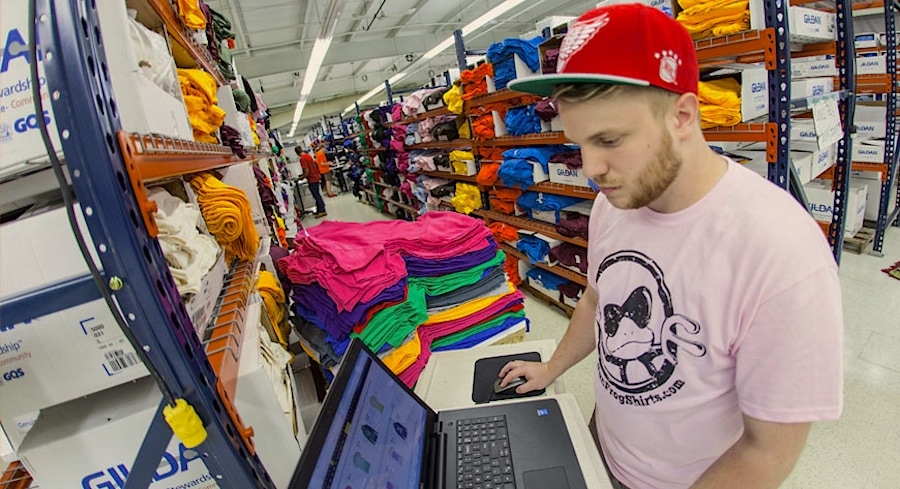 Today it has more than 300 employees and has more than tripled its space in Gaylord. The business has been so successful the Michigan Department of Transportation agreed to widen the road in front of its facility. SunFrog is now Gaylord’s fourth-largest employer, and its largest manufacturing company—though Kent prefers to call it a tech company.

Indeed, it’s the technology advancements that have been key to the company’s growth. That’s true of its internal technology, which allows it to more quickly fulfill orders, and it’s especially true of its sales model. Designers upload a design to the site, and affiliates (over 60,000 worldwide) market and sell the shirts, often through social media. Then Kent and company make and ship them all over the world. The company boasts over 15 million unique web visits every month.

Kent believes one of the keys to the company’s success has been its ability to ship quickly and inexpensively. It ships a semi-truck full of shirts every day through Mail Innovations, a company owned by UPS, and it charges only $3.99 for international shipping. That compares with rates elsewhere, which Kent said are commonly as much as $12.99. Fully one-quarter of SunFrog’s business is international, with shirts being delivered to upward of 180 different countries every day. 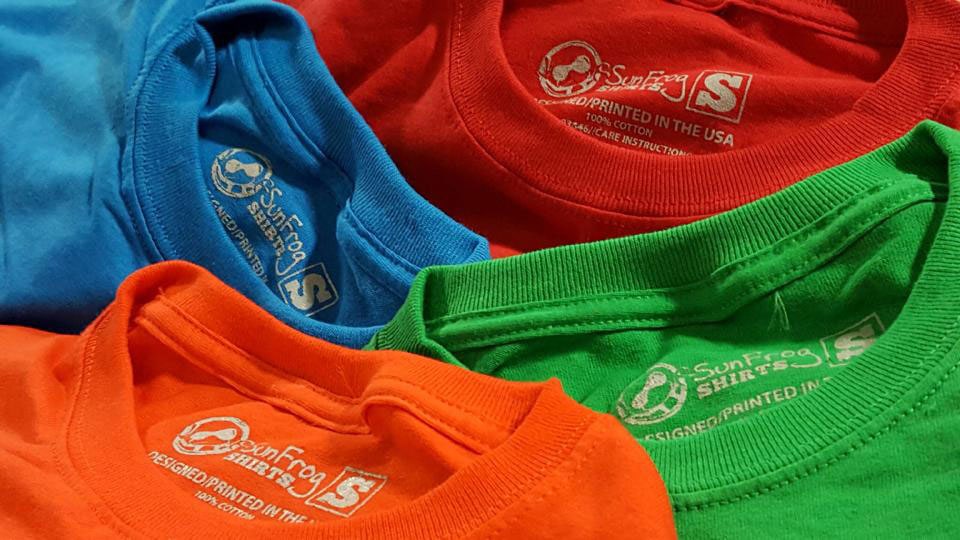 SunFrog now has an office in Traverse City. Kent says the Traverse City office will house additional sales, marketing, design and programming professionals, while the manufacturing side will remain in Gaylord. He’s constantly on the lookout for new talent in those areas, which coincides with what he sees as the next step for the company: Making a more concerted effort to get its name and brand foremost in the consumers’ minds. “Our next step is a big push on the marketing side. We want to remind our customers (about us) – it’s all brand building,” he says.

The company’s stunning growth and success has been unexpected to all concerned. “It’s all a surprise,” Kent says. “Our goal was to make 100 shirts a day. Now sometimes we’re up to 20,000 shirts a day. We want SunFrog to be to T-Shirts what Amazon was (originally) to books. I’m having a blast.”