Road Trip with M22, the Story of How it All Got Started 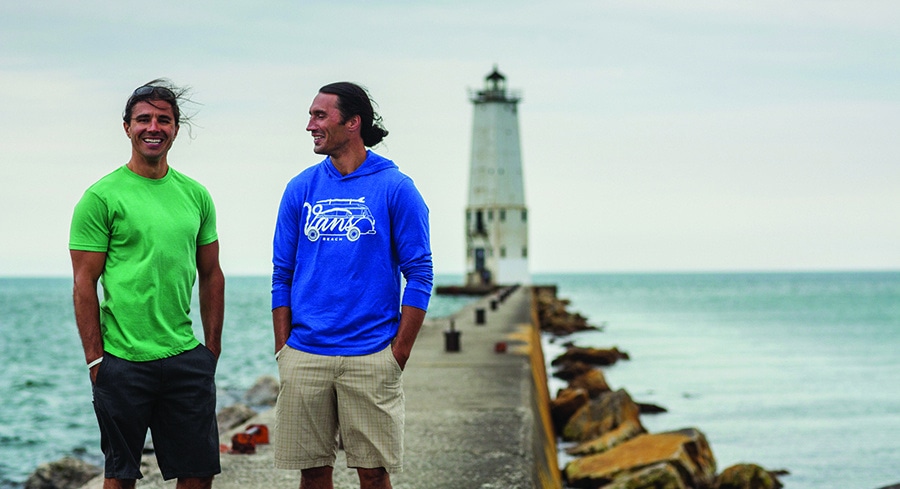 A decade ago, Traverse, Northern Michigan’s Magazine, received a story idea from two brothers then working to kickstart their kiteboarding business. After the Traverse feature and a serendipitous fashion decision, M22, Northern Michigan’s hottest and most iconic lifestyle brand, was born. We caught up with the guys to see what they’ve been up to.

It’s an unusually warm, early May afternoon, the temperature close to 80 degrees, the sky a stunning blue, a soft breeze out of the west skims across the bay. Matt and Keegan Myers find shade on a tree-lined, single-track trail steps from the blue-green water and pebbled beach. It’s a path they created years ago as kids exploring near their home.

“We made a lot of these trails ourselves with our dirt bikes,” says Keegan, 35, a playful mischievousness to his voice as we walk around a bend. “Some of the neighbors did not love it back then, but now they all use them as walking paths.”

Keegan and older brother Matt, 37, no longer spin wheels on these particular paths—the 50 acres next to their side-by-side waterfront homes are considered sacred ground, given its privately owned conservancy property status—but hiking the ridges and meandering through the quiet forest as they’re doing today is pretty much an everyday activity, often done with family and friends.

The brothers wander among the towering trees. The leaves are just now unfurling, and trillium blankets the ground. “Now is the best time,” Matt says as we go deeper into the woods, his 5-year-old golden retriever, Lilikoi, alongside us.

Matt and Keegan Myers have forged paths together well beyond their childhood on Old Mission Peninsula—most significantly, a path of entrepreneurship. They founded M22, a company inspired by the black and white M22 road sign and the lifestyle the twisty, shore-tracing strip of two-lane has come to symbolize for them and so many others. 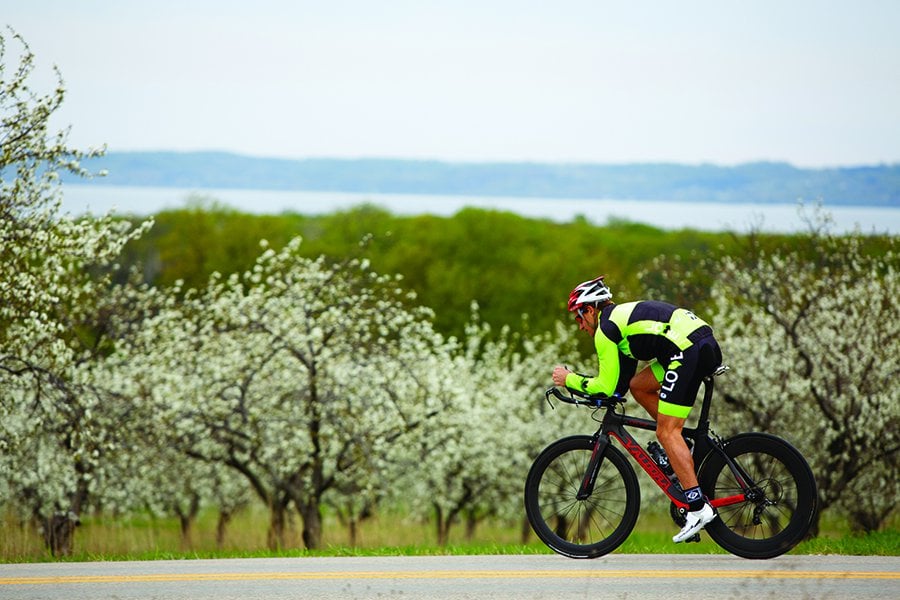 It’s tough to miss the prevalence of M22 stickers on the backs of vehicles, slapped on stand-up paddleboards and kayaks, decorating laptops. Particularly here in Northern Michigan, but the reach is across the state and beyond.

More than a decade into their business, Matt and Keegan and the team they’ve built—fellow lovers of the landscape and way of life it provides— realize they’ve come a long way from selling T-shirts out of their kiteboarding van: two retail locations, a warehouse, the annual run-bike-paddle endurance event the M22 Challenge, website and sales, and a robust social media community. Coming this summer: “Michigan microadventures”—experiences the M22 team will promote in-store and online, helping people experience everything Michigan has to offer as well as encouraging them to “discover their own sense of adventure and curiosity.”

“We have made more internal changes the past two years than we have the past 10—it’s been really exciting to see the potential we have with our brand,” says COO Nate Farran, a longtime friend who joined M22 as its first salaried employee in 2012. “It’s insane how much we’ve matured as a team in such a short amount of time. It’s really hard to keep business, friendship, work and fun balanced, and we do it all extremely well. We are at a really cool stage of growth with M22, and I couldn’t be more grateful to be a part of it.”

The M22 gestalt all started with kiteboarding. After graduating from Michigan State University—Matt studied landscape architecture, Keegan studied marketing—the brothers traveled as much as they could, to places like Puerto Rico and Patagonia and Hawaii. Still, the fresh water and uncrowded beaches of Northern Michigan got them thinking of how best to make a living back home. “We had in the back of our mind that we would work for ourselves somehow—that’s what we always wanted to do,” Matt says. “We just didn’t know what it was going to be.”

They decided to focus on kiteboarding, teaching others the sport they “lived and breathed” and cultivating a community of kiteboarders in Northern Michigan.

“Kiteboarding connected us to Michigan in a unique way,” Matt says. “We studied the weather like sailors, understood the waves and currents like surfers and then put ourselves out there, miles offshore in Lake Michigan with nothing more than a board under our feet using the water to ground ourselves and a kite in the sky to pull us, powered by nothing but the wind. We truly respected nature for this simple phenomenon that was our bliss. 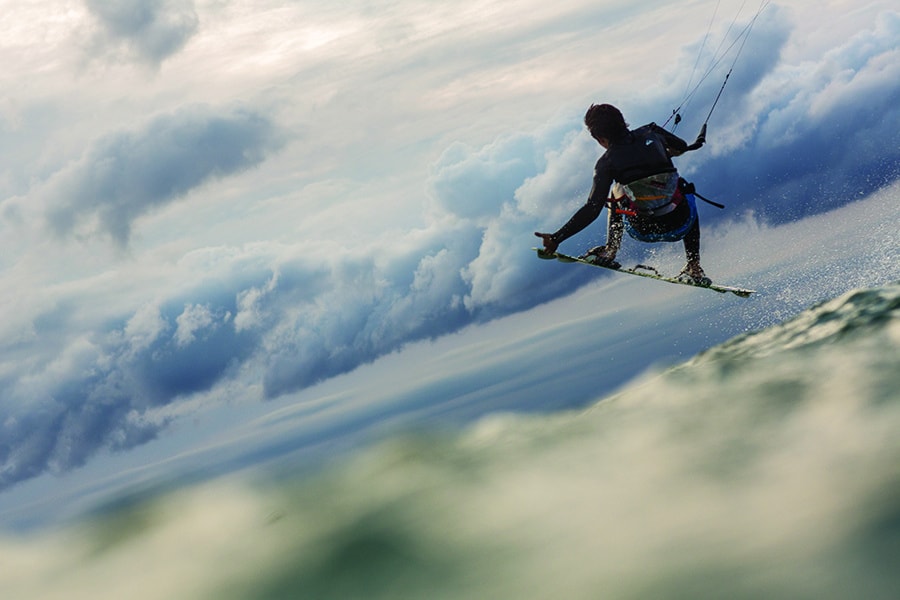 “We were going full steam with kiteboarding—we were doing lessons up here, and we were always out kiting off M22,” Matt continues. “Keegan and I were always out there exploring different beaches. Every time we turned down a different road to a beach, we’d go, ‘Oh my God. It just gets better and better.’ We were kind of like living this carefree, enjoy-the-moment lifestyle, just doing what we enjoy doing and not caring about all that other BS. I just wanted to kiteboard, and we wanted to figure out how to make money doing it because that’s all we wanted to do.”

“We never set out to make a business selling a lifestyle brand,” Keegan says. “That wasn’t our goal—we were just going to teach kiting.” 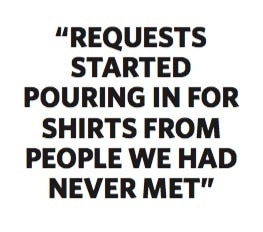 But though their business, Broneah Kiteboarding, kept them out enjoying “epic winds and waves,” it didn’t take off the way they’d hoped. To help ignite it, they pitched a story to Traverse, Northern Michigan’s Magazine: Tell the tale of two handsome brothers making a business out of kiteboarding—amazing photos guaranteed. Traverse said yes, and the day of the photo shoot on a beach near Empire, Keegan wore an M22 T-shirt, part of a small batch they made for kicks, to wear and give to friends. At the time, it probably seemed like a small thing—pulling on the M22 shirt for the shoot—but the wardrobe decision changed the future of Matt and Keegan Myers.

When the photo ran on the August 2006 cover of Traverse, “Requests started pouring in for shirts from people we had never met,” Matt remembers. “The symbolism we had created, between the logo and the lifestyle, had caliber with more than just our kiteboarding community.” In short, they walked on the beach that day as kiteboarding instructors and walked off as proprietors of the hottest lifestyle brand Northern Michigan had ever seen. 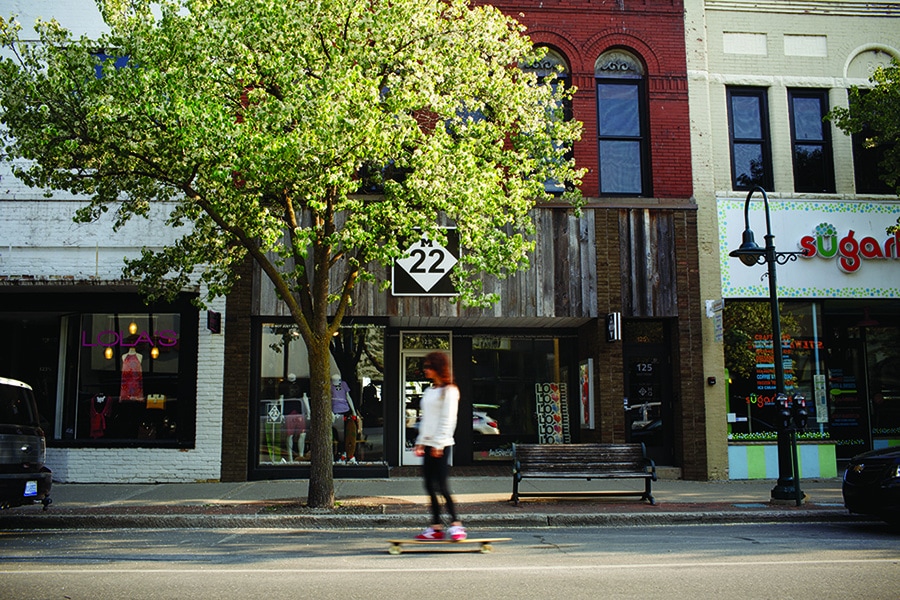 “That was a really low, stressful time for us … we were opening the new location of our downtown store … pretty much our friends took over,” Keegan says. “We literally had friends who came in and did it for us.”

“They built counters, they put in the clothes, they did it all. It was something else,” Matt says.

Matt knew something wasn’t right when he experienced double vision.

“Literally I was working in the shop with Keegan on a Saturday. I was up on a ladder trying to screw in a light bulb and I couldn’t do it, I couldn’t focus on it,” he says. “That was the trigger that something was going on neurologically. That’s when I went in and got an MRI. Stephanie [his wife], she called me, and she had been doing some research on it, she was crying, and she said this double vision is an issue, you need to go to the ER right now. So I literally walked out in greasy dirty clothes, and Keegan took me to the ER, and that night I was diagnosed.”

His diagnosis: Chordoma, a rare type of cancer—one in a million chance of having—that occurs in the bones of the skull and spine. It is part of a family of cancers called sarcoma, which includes cancers of the bones, cartilage, muscles and other connective tissue.

An initial prognosis was devastating: “Two to five years to live is what he told me,” Matt says of the first of many doctors they met with.

But the interaction prompted Matt and his family to do whatever it took to get the help he needed. “He made us realize how incredibly serious it was.”

The family contacted top brain surgeons, finally finding one in Pittsburgh who had operated on dozens of patients like Matt. The risk of surgery would be immense—the tumor sat at the bottom of his skull and was growing up into his brain.

But they moved forward with the operation, which went incredibly well. Since then, Matt has gotten involved with the Chordoma Foundation, talking with newly diagnosed patients about his experience.

“Now, four years post-surgery and everything is good. I feel fine,” says Matt, who goes in for annual check-ups. “There is a really high recurrence rate. I feel like my surgeon did an amazing job. In my head, I am just telling myself I am totally fine.” 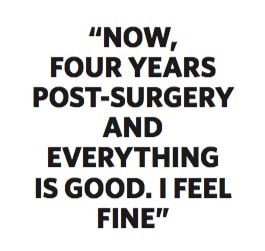 2012 ended up being a big year, personally and professionally. Matt got married, and the business began looking at hiring others to help build the brand. Bringing Farran, their longtime friend and fellow kiteboarder, into the fold was a game changer.

“At that point, we’re moving into the [new location] store, and I basically stopped working for four to six months,” Matt says. “We hired Nate full time to basically fill my position.”

“Hiring talent was the next best thing for the business,” Keegan says. For Farran, who had previously “done a 180 on life and took a job in the oil field for a few years,” the opportunity to work with his lifelong friends was significant.

“When Matt was diagnosed with Chordoma in 2012, it hit all of us hard,” Farran says. “We spent three weeks in Pittsburgh during the surgery, and it brought all of us that much closer together. We connected on another level. ‘Everything happens for a reason,’—it’s so true. This was the same time that we were building out the new store. Lots was going on and there was no way I could head back to the oil field. Matt asked me if I would temporarily take over his responsibilities, and I didn’t even flinch. Ended up taking all operations over by the end of that year. We were finally working together.” 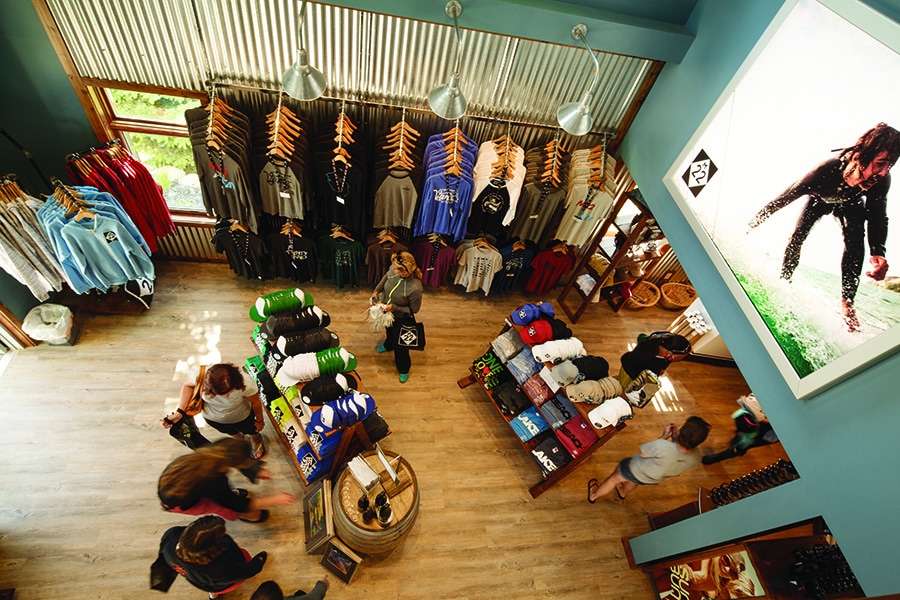 Matt and Keegan see M22 continuing to grow, in the naturally evolving way it always has.

“We’re not huge into reading the future—we just let things happen,” Keegan says. “We’re real into staying in this area. If people 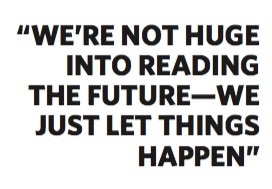 are wondering if we’re going to open a store downstate, it’s probably not going to happen anytime soon… We want our business to be in places where we want to be. We’re just trying to keep growing locally.” Being part of the community and giving back—a portion of M22 proceeds have from the beginning gone to the Leelanau Conservancy—is important, Matt says. “Everything is connected. Do business, make money, have fun, do good, give back. It’s just the right way of doing things.

And of course they’re still out there doing all the things they’ve always loved: kiteboarding Lake Michigan (ultimate experience: catching a downwinder from Frankfort to Point Betsie), mountain biking the Arcadia Dunes trails, stand-up paddleboarding to Power Island, watching the sunset and camping on Elberta Beach …

“It’s weather-based training is what I call it,” Keegan says. “It’s whatever the day is bringing, that’s what you’re going to be doing. Let’s see what the weather does.”

All photos by Beth Price