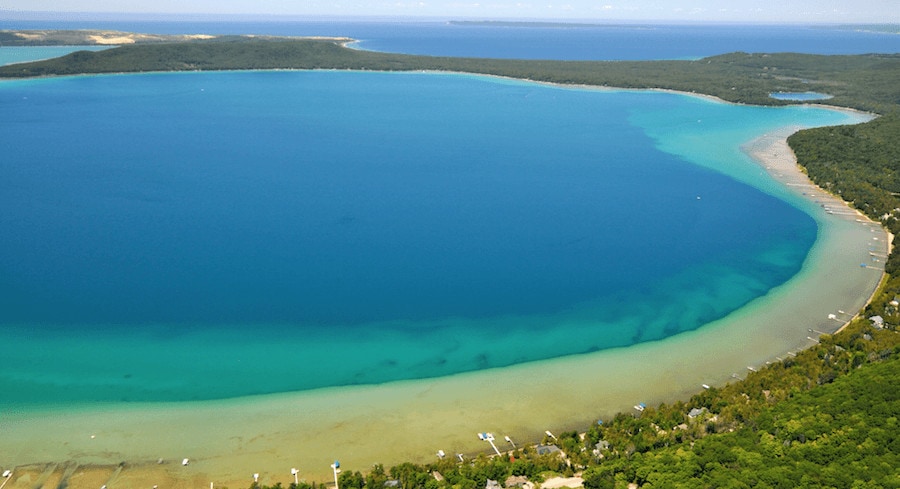 How are national housing and at-home lifestyle trends playing out in home designs here in Northern Michigan? We caught up with Kim Pontius, executive vice president of Traverse Area Association of Realtors when he was fresh from a national conference about Northern Michigan home design trends and predictions.

For a while now we’ve been hearing about smart homes that you can basically operate with your smart phone from wherever you happen to be. Is that something that finally is becoming widespread?

Yes, that is a definitely a design trend to watch. There is way more technology in homes, and it’s increasing by the year. Security systems, surveillance systems, thermostats, lighting… all of it can be operated from a distance. Something I like, you can have a video surveillance system that you can monitor from your phone.

How about something that’s making homes just more fun?

Outdoor living spaces, like really well designed decks and patios or even fully equipped outdoor kitchens. We are really starting to see a lot more of that. People are talking about expanding beyond the building envelope. It also ties into the small home movement—outdoor spaces offer really enjoyable extra living spaces.

You mentioned smaller homes, something that has really been building momentum since Sarah Susanka’s Not So Big House book back in 1998, and the “build better not bigger” philosophy it set in motion. Are we seeing that movement here?

People really want high quality homes with interesting design features, that is becoming much more appealing. Builders are seeing more and more requests for that. Example, out on Arbutus Lake, Dan Adamas built side-by-side cottages out there, with 2,000 square feet total living space. I was there during a home tour, and I can’t tell you how many people said they’d take that house in a heartbeat.

What about a trend that just makes living in a home more pleasant, a better experience day to day?

Well, healthy homes is the phrase. As we move forward, and environmental health issues become more apparent, you will see a continued reduction in the amount of toxins being used in building materials. And this is an evolution more than revolution. So, expanded use of low-VOC paints or even no-VOC paints. More natural fibers in carpets—and a continued reduction in PVC in carpet fibers. We’ll see more air purification systems as people become more and more aware of indoor air quality, following the rises in asthma and sinus infections. We’ve seen this trend for a while now, but it will become more and more prevalent.

We’re all supposed to be shrinking our energy / CO2 footprint. What are builders doing to help people move down that path?

Yes, energy efficiency is definitely becoming a much higher priority for people. We will be seeing more and more high-efficient heating and cooling systems. And even here in the cloudy north we will see more solar panel development. Tank-less hot water heaters are more prevalent. One trend that will appeal to all the homeowners here with holding tanks for their sewage is the spread of gray-water recycling systems, so, for example, recycling the water from your washing machine to flush your toilet.

Now that the big crash is nearly a decade behind us and new construction is on the rebound, what are we likely to see as far as new developments?

Back when the crash happened, we had a lot of developers out there with subdivisions started and they fell by the wayside. The subs went dormant, but the infrastructure was already installed in many cases. So we have that inventory, we have those vacant lots, and we don’t have a need for new greenfield subs. Also, it’s clear from the Grand Vision process (a community-based visioning process that revealed how people would like to see the Grand Traverse Bay region develop) that people do not want sprawl. They want infill. So we will be seeing higher density in our existing towns and villages, which is what the Grand Vision said.

So, case in point, the nine-story residential building that has caused so much debate in Traverse City.

Yes, exactly. That is an example of what the Grand Vision suggested people wanted, and then when it is proposed, people object. We are dealing with a three-axis world—if you are going to build, you will either build up or you will build out, and the people already said they don’t want to build out, so we have to go up.

But Traverse City’s experience shows that nine-story buildings are likely to be a tough or even impossible sell in our smaller towns.

Sure, but this is also a real opportunity to do three- and four-story buildings in our smaller towns, where you’d have commercial retail on the bottom and residential above. We have an abundance of open space here—beaches, parks, state lands—so not everybody needs or wants a yard. And you need retail on the streets of our towns. You can’t fill that space with professional services or there is nothing for people to do when they come to town. A town needs retail to be a destination, so you basically scuttle the downtown when you put professional services where there should be retail.

Find everything from contractors to landscapers in the Northern Michigan Home Services Directory.