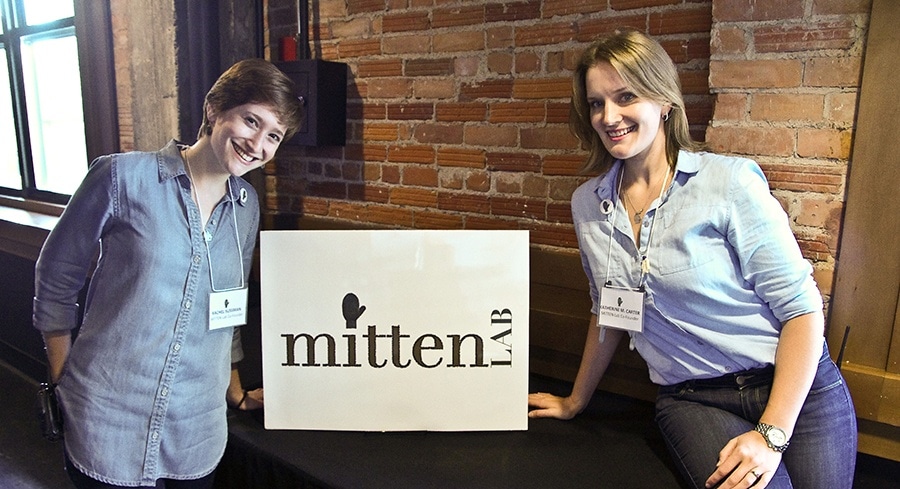 This September, the MITTEN Lab (Michigan Incubator for Theatre Talent Emerging Now) will embark upon its inaugural year in Bear Lake, Michigan. This year, the program will sponsor two playwrights, Emilio Rodriguez and Monet Hurst-Mendoza, as well as composer Zoe Sarnak. Each of these artists will spend their time in residency working on projects that will serve toward the cultivation of their own early careers, as well as the fostering of theater culture and artistic community throughout Michigan.

Katherine Carter and Rachel Sussman, the Lab’s co-founders, work out of New York these days, but spent summers growing up in Northern Michigan. “Theater requires a lot of incubation and grappling with finding the time,” Rachel says. For them, the North was always a place to recharge and take artistic time when they most needed it. When the pair initially set out to create the MITTEN Lab a few years back, they remembered Northern Michigan’s ability to nurture the artistic. Coupled with the state’s extensive history with theater, it was clear that the residency could take place nowhere else.

The MITTEN Lab recognizes the fact that, for many young and emerging artists, art takes a backseat. Sponsoring this group of artists will allow for time to be set aside, unencumbered by anything beyond the artistic and the inspiring. “The idea of the residency is to be sure there’s time to do work,” Katherine says. “But we’ve always really believed in ideas of creative place-making.” As many well know, time slips away in Northern Michigan. Breathtaking views and thriving culture make the area a haven for inspiration.

It’s the goal of the MITTEN Lab to provide the time, support, and space that will inspire its emerging artists to create. Eventually, Rachel and Katherine hope the Lab will grow to extend over greater lengths of time and to accommodate more artists—perhaps, they said, even entire stage production teams, complete with a playwright, director and composer.

For now, though, the MITTEN Lab, along with its creators and artists, hopes simply to foster theater as it “comes back to a creative renaissance within the artistic community.” The Lab will allow Northern Michigan to nurture and inspire, as it’s been known to do.

As these first residencies come to an end in mid-September, MITTEN Lab will offer the public the opportunity to engage with the artists and to learn more about their residency projects and individual careers in theater. The event will take place in Traverse City on September 23 and admission will function on a pay-what-you-can basis.