Just 3 miles from Torch Lake, Mammoth Distilling is in the heart of Up North. Inspired by the surrounding lakes and scenery, Founder Chad Munger is committed to using as many locally-sourced products as possible. “We’re committed to being a Michigan company,” he says.

The proof is in the ingredient list. The white pine in Mammoth’s Old Dam Gin is taken straight from Chad’s property near Bellaire. Lavender Hill Farm in Boyne City provides the aromatic lavender sprigs. The corn and rye are grown in Harbor Springs and cherries are picked from the orchard at Shooks Farm in Central Lake.

Chad and his wife Tracy have had roots in the Torch Lake area since the ’50s. Both grew up spending childhood summers on Lake Bellaire and Torch Lake at their grandparents’ homes. After graduating from Michigan State University, Chad and Tracy moved to Chicago for work, but always knew they wanted to eventually make their way back.

“With Shorts Brewing in Bellaire, we thought distilling could complement their business,” Chad says. So the couple bought 10 acres of agricultural property near Bellaire and Glacial Hills Natural Area. The glacial history of the area inspired the name Mammoth Distilling.

On July 4, 2013, Mammoth Distilling got its license. The first year and a half were spent developing and refining the spirits, which went on sale July 4, 2015. The tradition of the fourth continued, and a year later, the tasting room opened in Central Lake on July 1 just in time for celebrating over the holiday weekend. “It’s really fitting how it’s worked out since the fourth of July is really the kickoff of summer up here,” Chad says. 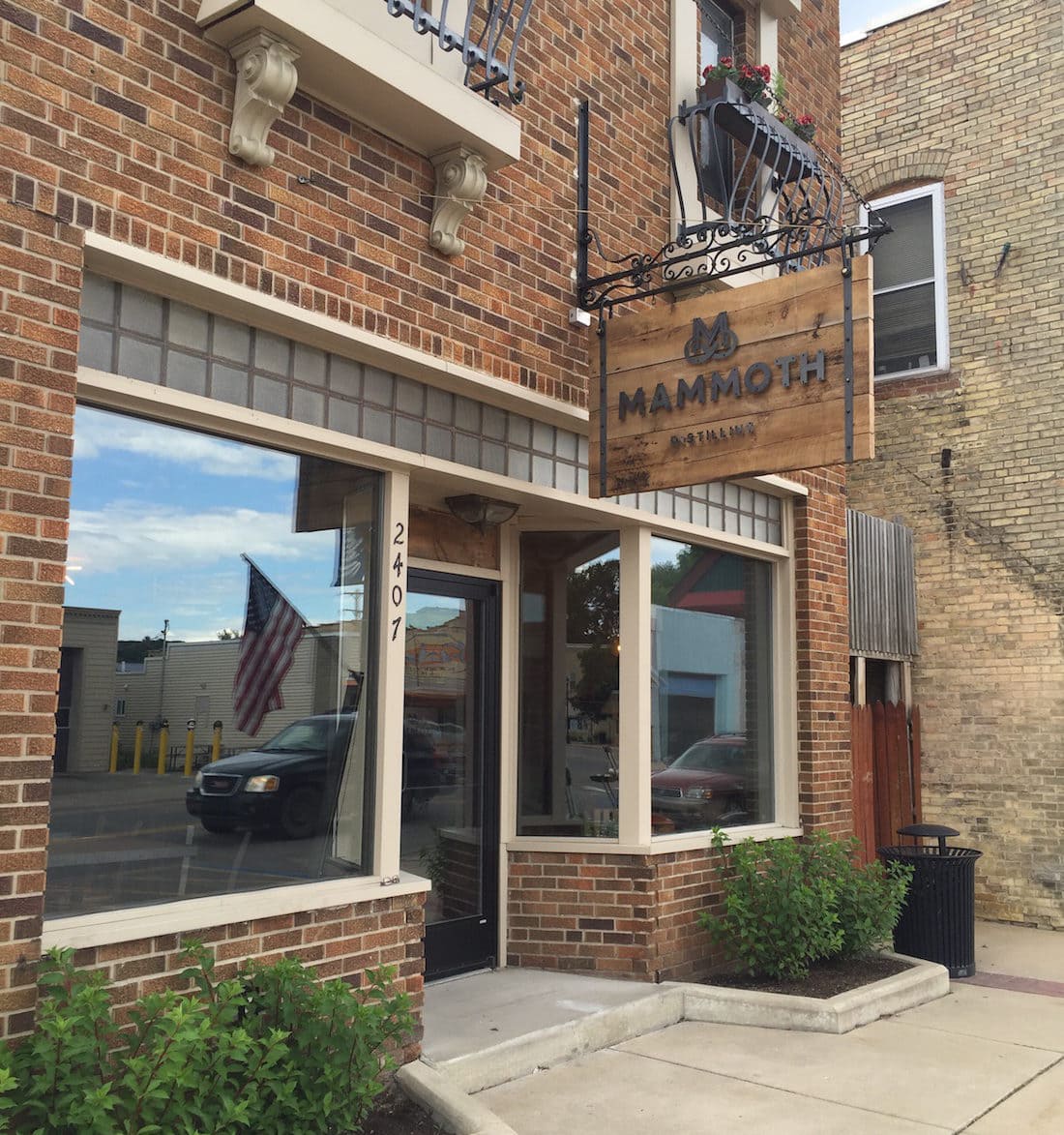 The tasting room is in a 100-year-old brick building on Main Street. The concrete counters, lighting fixtures, wooden signs and cabinets were built by Chad with help from area builders. All of the wood was recycled from old barns. “We used 100 percent recycled wood in our home, and we wanted to stick with that theme,” Chad says. “We wanted to create an inviting space for people to stay.”

Mammoth Distilling produces gin, vodka, rum, whiskey and brandy. Bourbon and rye are in the works in small barrels, and a cherry bounce will be available around Labor Day.

Right now, Chad and his staff are working with Amanda Danielson, co-owner of The Franklin and Trattoria Stella in Traverse City, to create a craft cocktail menu. Mammoth Distilling is currently serving three cocktails off the new menu and will be offering 16 drinks by mid-July.

Mammoth spirits are also being used in the limited-time Traverse City Film Festival cocktail menu. Try the Olivia de Havilland Cocktail (pictured below) at home. Click for the recipe. 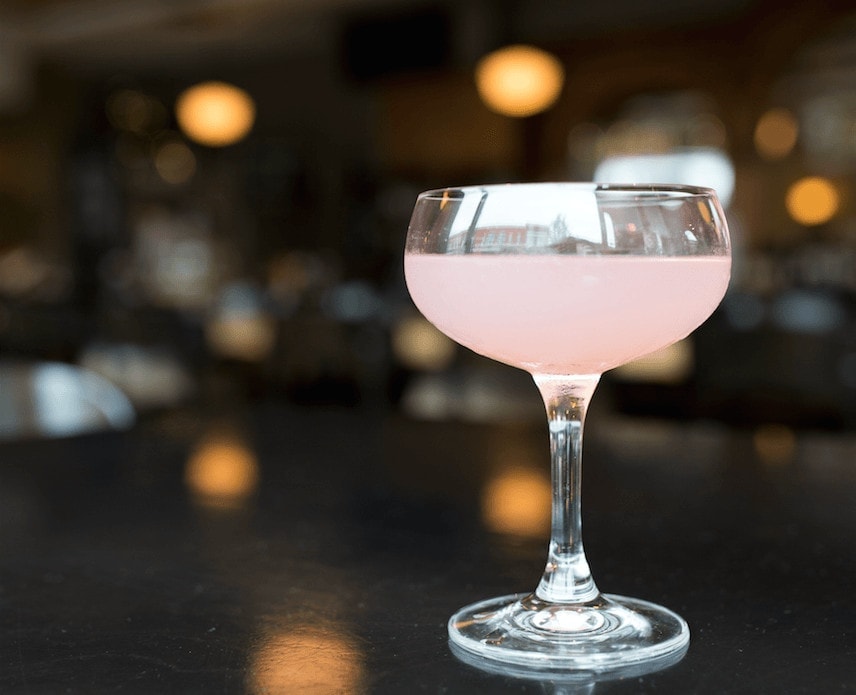 The Olivia de Havilland Cocktail is also available at The Franklin and Trattoria Stella.