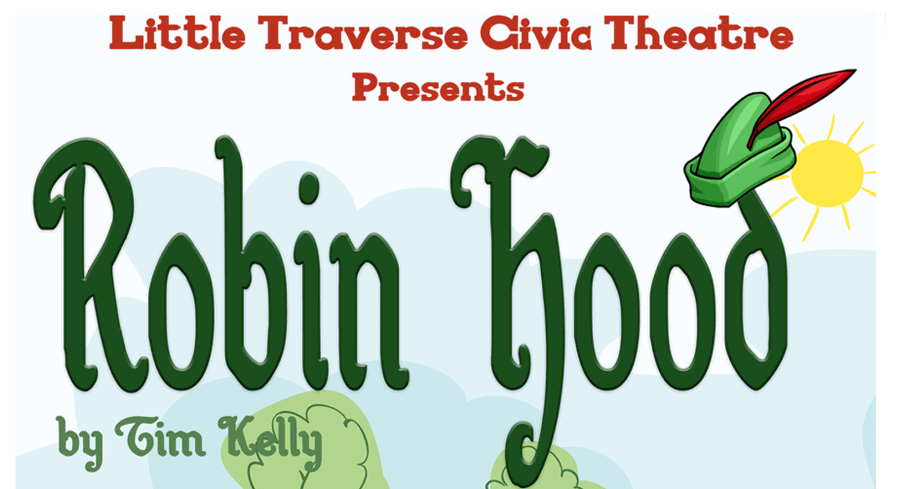 Join the 2016 Summer Youth Theatre as they take one of the most classic tales of all time to the Northern Michigan Stage. The Little Traverse Civic Theatre at the Crooked Tree Arts Center will house showings of Robin Hood on select days this August. It’s a perfect event for a day out with the family!

This Robin Hood production, adapted by Tim Kelly, tells the tale of the outlaw of Sherwood Forest who leads an adventurous life with his followers. Anyone who is hungry or without a home is welcome in the greenwood. The citizens of the forest oppose wicked Prince John who has taken the place of King Richard the Lion-Hearted. One day a caravan cuts through the wood and in the convoy is Robin’s childhood sweetheart, Maid Marian, ward of King Richard. The evil Lady Merle of Cornwall plans to force Marian to marry the Prince in an effort to make John more acceptable to the people of England. It’s up to Robin to stop the marriage and secure Nottingham for the king’s return.

Join the Petoskey theatre as they adventure through this timeless and turbulent tale August 4 through 7. The Thursday, Friday, and Saturday performances begin at 7 p.m., and the Sunday matinee starts at 2 p.m.

Buy tickets for Robin Hood in Petoskey at MyNorthTickets.com.