Lake Superior is the largest of Michigan’s Great Lakes and sits atop the beautiful Upper Peninsula. It’s a big deal for Michigan’s fishing, tourist, and commercial water industries, and offers plenty of opportunities for an unforgettable Northern Michigan outdoor vacation.

In fact, many consider Lake Superior and its Michigan land borders to be some of the most intriguing and truly unique travel destinations in the country. With its black-blue, 31,700-foot expanse and 1,276-foot depth, Lake Superior measures as far as the distance between Boston and Washington D.C. The water is home to countless fish species including whitefish, lake trout, and large sturgeon.

Within the lake lies a haunting series of shipwreck sites, some of which are accessible to the public. Over 75 sunken ships rest in Lake Superior, some wrecks dating back as far as 1836. Lake Superior made news recently when the 115-year-old mystery of the sunken ship, Nelson, was finally solved along the lake’s Shipwreck Coast. In May of 1899, the schooner Nelson was claimed by Lake Superior after choppy waters and a freezing rain storm caused the coal-laden ship to pitch downward. It was determined that a snapped towline finished the job, causing the vessel to sink in a fashion the ship’s captain described as similar to the quick snuff of a candle. No one laid eyes on the Nelson again until August 2014.

While the Nelson was big news, no shipwreck is as famed as the SS Edmund Fitzgerald, once the largest ore carrier on Lake Superior. The mystery of the Fitzgerald remains one of the most chronicled and memorialized in shipwreck history. The bell of the Edmund Fitzgerald can be seen today at The Great Lakes Shipwreck Museum at Whitefish Point. A popular option for witnessing these alluring pieces of Northern Michigan shipwreck history are glass bottom shipwreck tours for local travelers and guided shipwreck dive sessions for the more experienced diver. 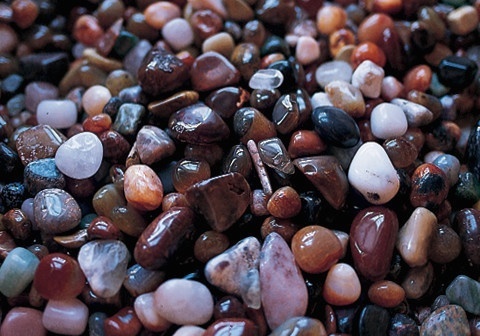 But precious pieces of history don’t just mean shipwrecks, this lake supplies them in what many call “lakers,” but are properly known as Lake Superior Agate Stones. These pea-sized beauties are the oldest agates on earth and formed during lava eruptions in what is now the Lake Superior area. Here are a few tips to help you find them.

If you desire a more scenic way to experience Lake Superior beauty above water, look no further than Pictured Rocks National Lakeshore. Famous for its crystalline waters, incomparable sunset views, and toppling waterfalls, Pictured Rocks is a testament to true, uninhibited Northern beauty and a popular destination for UP residents and visitors alike. But don’t just visit in the summer, epic winters turn Pictured Rocks into accessible, other-worldly ice caves, making them a year-round travel destination.

Aside from Lake Superior’s natural wonders, land-bound northern treasures such as the cities of Munising and Marquette dot the bend of the lake, making it an all-in-one vacation package with a little something for everyone. Munising is not only home to the famed Pictured Rocks National Lakeshore but to an abundance of trails guaranteed to catch the eye of hiking, biking, and photography enthusiasts.

From serene shoreline views and eclectic main cities to famed crystalline waters holding thousands of years of historical happenings, Lake Superior makes one of Michigan’s most priceless possessions. Head north and witness this treasure for yourself.