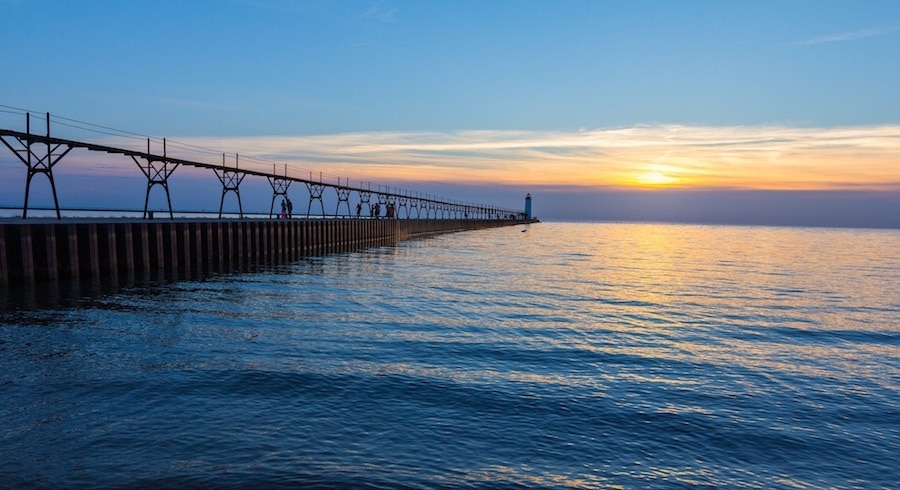 Visiting Manistee this summer? Be sure to stop by the Manistee Lighthouse and see the ongoing renovations at the historic site. Most noticeably, the fresh coat of white paint.

The new exterior paint is part of a restoration project headed by the Manistee County Historical Museum. Once the renovation is complete, the lighthouse will open to the public as a museum.

“We are all proud to see the lighthouse looking good again after many years of neglect,” says Steve Harold, director of the Manistee County Historical Museum. “Architect Sanders & Czapski of Marquette and contractor Mihm Enterprises of Hamilton, Michigan did an outstanding restoration of the structure. It is now structurally sound, waterproof and looks good.”

Restoration plans also include the removal of hazardous materials and repainting and repairing the interior. Funds are being raised for the interior painting job, safety equipment, and an electrical system. At least $100,000 is still needed. “We will continue restoration as we are able to raise funds but anticipate completion in five to 10 years,” Steve says.

All photos by Kris Riley

In June 2011, ownership of the Manistee North Pierhead Light was transferred from the Department of the Interior to the City of Manistee and the Manistee County Historical Museum. Part of the agreement was for the museum to act as steward for the decommissioned lighthouse and lead the restoration project.

The 38-foot-tall lighthouse is listed on the National Registry of Historic Places. The first lighthouse in the major port city of Manistee—at one time the third busiest port on Lake Michigan—was built on shore in 1869. In 1875, the light was moved to the south pier and in 1893 to the north pier. The north pier lighthouse was later replaced, and the current lighthouse was completed in 1927.

The Manistee North Pierhead Lighthouse is located on Fifth Avenue Beach in Manistee at the mouth of the Manistee River. Follow the restoration progress on the museum’s Facebook page. To donate to the project, send a check to the Manistee County Historical Museum at 425 River St., Manistee, MI, 49660.

For more information on how you can help restore the Manistee Lighthouse, contact the museum at 231.723.5531 or email manisteemuseum@yahoo.com.