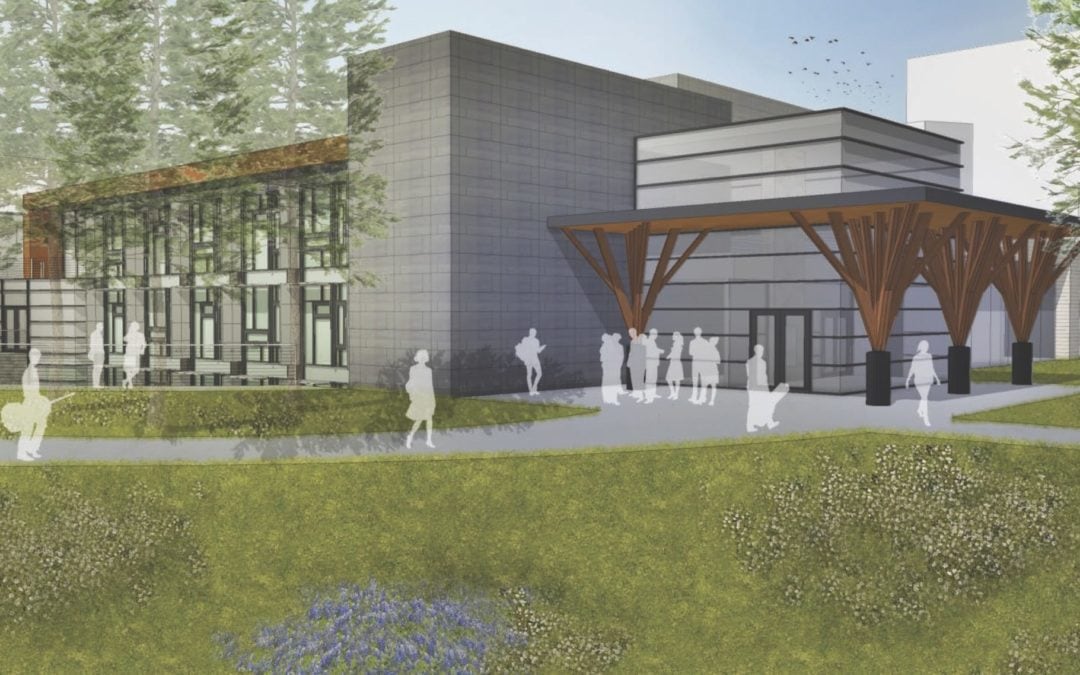 Interlochen Center for the Arts is nothing if not ambitious. That’s borne out in its fund drive, dubbed “Create Amazing,” which seeks $100 million. And though just announced to the general public, it’s already most of the way there, with $90 million pledged thus far.

The campaign got its start in 2012, when the Board of Trustees decided to ensure the strength and vitality of ICA through a lengthy and comprehensive fundraising campaign. The monies raised were earmarked for a variety of items, from renovating and constructing buildings to scholarship funding to bringing in more guest artists. All of it is dedicated to supporting the next century at Interlochen.

Tim Dougherty, Vice President of Advancement, said the first step was to approach a number of people in the Interlochen family, those who had been leaders in their support of the institution. He said the connection between Interlochen and those who attended and/or taught there made that a natural first step. “For many, coming here can be very transformative,” he said. He offered as a personal example his tuba-playing daughter Cristina, who he said was an unexceptional musician before attending the academy. “The summer between her junior and senior years she set up her studio in the garage and practiced four or five hours a day,” he said. Today she is attending one of the country’s leading conservatories on a full scholarship, and soloing at the Kennedy Center for the Arts with the NSO Summer Music Institute Orchestra.

“That’s just a personal example,” Dougherty said. “So many just take off.” He said additional scholarship money will help those with passion or talent for the arts who might want to attend the camp or private school, but can’t afford it. “It’s expensive to go here. We say Art Lives Here, but (it’s) not just for those who can afford it,” he said. “We want anyone who has that passion (to be able to attend Interlochen), no matter their socio-economic status.”

Construction is already underway on the Dennison Center for Recreation and Wellness, a 23,000-plus square­foot facility. Lee Dennison, a 1970 graduate of Interlochen Arts Academy and longtime supporter as a staff member and then a trustee, left Interlochen a multimillion-dollar bequest in her will for the express purpose of enhancing the health and well-being of the students. Dennison worked for many years at the National Endowment for the Arts and became well-known for extolling the connection between mind and body, between fitness and the arts.

Soon to come is a new music building. Music is often considered Interlochen’s flagship program, yet it had no central location. The music students have been spread all over campus. The program’s impact is felt not just regionally but nationally: An estimated 17 percent of all the musicians in the major symphony orchestras in the U.S. spent some time at Interlochen, either as a camper or Academy student. In addition, many perform in international orchestras around the world. Interlochen alumni have received over 120 Grammy Awards in every musical genre.

The 65,000 square-foot building will include practice and performance rooms, two recording studios, lockers and instrument repair rooms. It will feature state-of-the-art technology, including theater, video projection, and real-time video and audio links. It will connect directly to Corson Auditorium and the Frohlich Piano and Percussion Building. It will be a new central hub allowing musicians to learn from and collaborate with one another.

An estimated 2,500 student campers attend Interlochen as campers in the summer, plus another 1,000 adults. Last year’s academy enrollment topped 500 students for grades 9 to 12. Add the adult continuing ed programs in fall, winter and spring, not to mention all those who attend performances by students, faculty and guest artists, and it’s clear that Interlochen impacts a huge number of people.

“Our main categories are people, places and programs,” said Dougherty. “We want to try to make sure Interlochen is stronger in our second century than in its first. We want to maintain this extraordinary standard.”

More Interlochen Center for the Arts