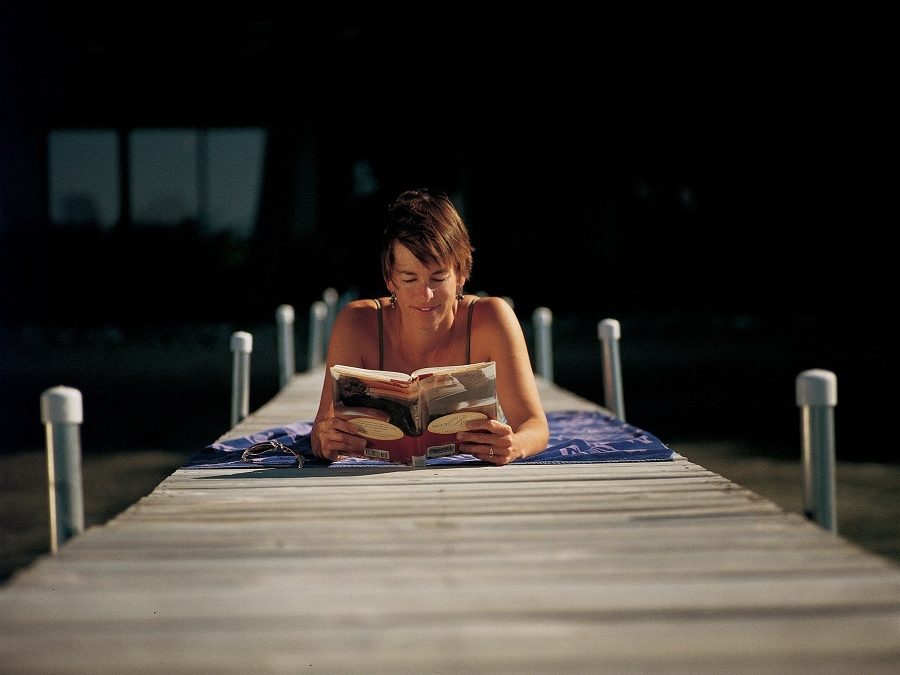 Laying in a lawn chair. Hanging in a hammock. Splashing toes on the shoreline. Relaxing on the pontoon. Floating on an inter tube. Chosen by the well-read book curators at The Island Bookstore on Mackinac Island, here’s a list of 10 beach books to immerse yourself in this summer!

The Ancient Minstrel, by Jim Harrison
Among his final works, three novellas from the beloved Michigan author who passed away in March 2016.

The Second Life of Nick Mason, by Steve Hamilton
A career criminal’s attempts to do good on the outside are complicated by an unpayable debt he owes the Chicago mob. First in a new series.

The Widow, by Fiona Barton
A psychological thriller that takes you into the dark spaces that exist between a husband and wife.

When Breath Becomes Air, by Paul Kalanithi
The profound, best-selling memoir by a young neurosurgeon facing a terminal cancer diagnosis.

Beer Money, by Frances Stroh
For the Michigan beer head, a gritty and personal memoir about the fall of Detroit’s Stroh Brewery empire—told by the daughter who lived through it.

A Place That I Love, by Walter Kitter
Get to know Mackinac Island from the carriage tour driver’s perspective.

Illuminations: The Mackinac Island Coloring Book for Grown Ups
If you’re not already hip to the coloring-books-for-adults trend, summer is the perfect time to start. Hit the beach and bring on the Zen. (Buy the biggest box of crayons—you’ve earned it.)

Life of Zarf: The Trouble with Weasels, by Rob Harrell
The angsty adventures of a middle-school troll. It’s Diary of a Wimpy Kid meets The Brothers Grimm.

Twenty Questions for Gloria, by Martyn Bedford
A young-adult page-turner about a bored suburban teenager whose life takes a turn when a free-spirited boy shows up at school.