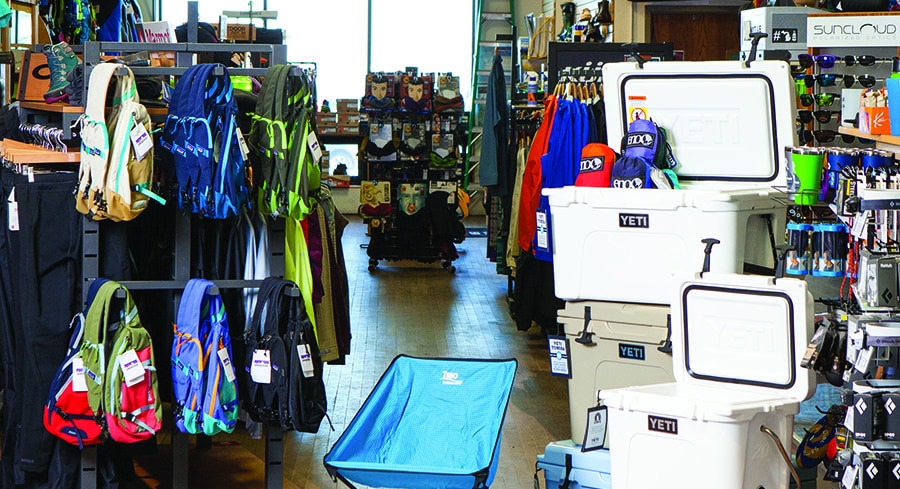 With a mantra of “Stupid Oughta Hurt,” Backcountry North has earned a reputation as a go-to gear store for hardcore Michigan adventurers. But if you haven’t been to Backcountry in a while, you may notice some changes. For one, store manager Cory Smith says the two-week backpacking trip is essentially dead with most consumers, and that means he’s now stocking more stuff for the car-camping crowd.

Cory’s picks for the gear you shouldn’t be doing without: Start with Therm-a-Rest’s new Treo Chair ($100)—a lightweight, foldable camp chair that packs down small enough to fit inside your backpack’s water bottle holder. High-performance coolers are also reaching near-fetish status with car campers. The envy-inspiring IcyBreeze ($400) will not only keep your beer cold but doubles as a portable air conditioner for the tent on sticky summer nights. And if you’re still hell bent on disappearing into the woods, at least treat yourself to a pair (or two) of ExOfficio underwear ($20). These quick-drying, antimicrobial underwear are designed to tolerate multiple days of use without laundering. Cory can personally vouch for the effectiveness.

More than 10,000 voters from across the state weighed in on 101 things they love about Northern Michigan. Their votes determined over 300 Red Hot Best winners and 700 honorable mentions. Here you’ll find the best Northern Michigan outdoor gear stores.

The rest of the Red Hot Best 2016 winners in alphabetical order.