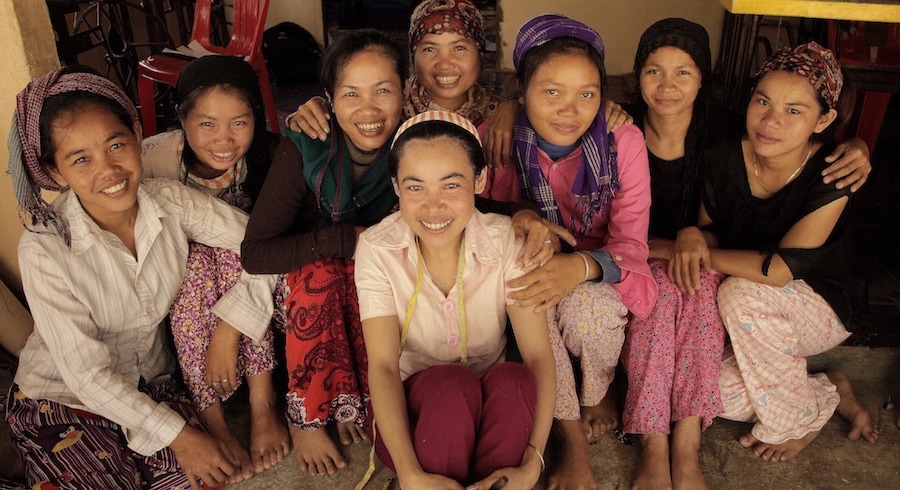 In Cambodia, a pothole-filled red clay road leads to the village of Tramung Chrum where a small sewing business, Red Dirt Road, is changing the way local families live.

With the help of Northern Michigan businesswomen, Marie Eckstein and Lin Alessio, Red Dirt Road is producing and marketing handcrafted, high-quality fashion accessories including silk scarves, clutches, and evening shawls. The products are made by 13 women who live in the village. The profits put food on the table and pay for their children’s education. 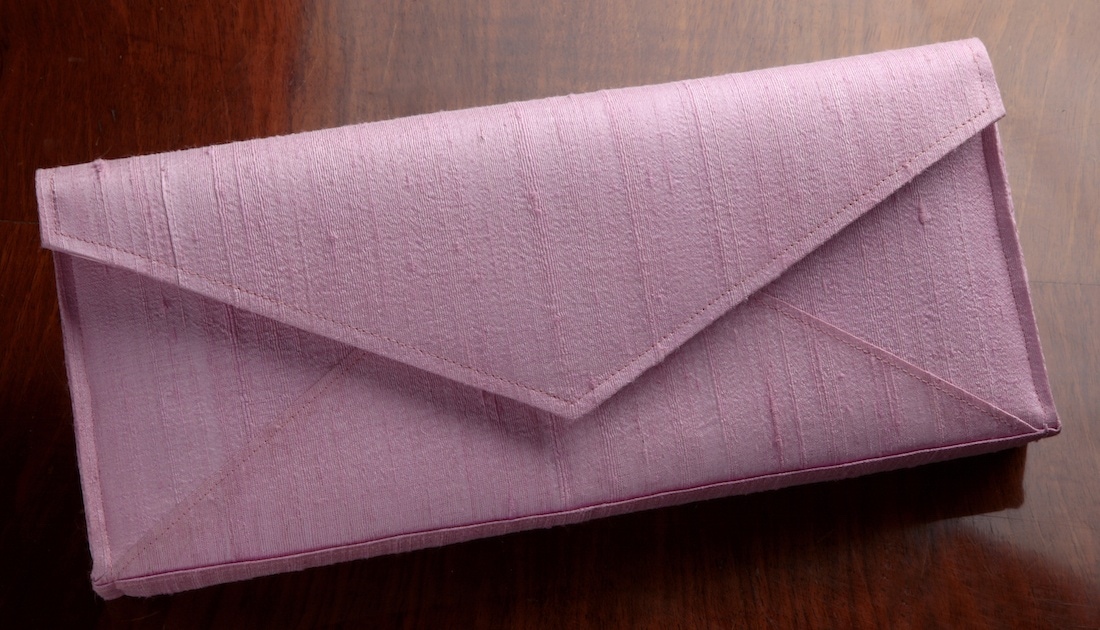 Marie retired in 2009 from her position as corporate vice president and chief administrative officer at Dow Corning Corporation. “I woke up one morning and was like, ‘What do I do now?'” she says. “I was searching for something that had more purpose.”

In 2011 she was introduced to Alan Lightman—physicist, Massachusetts Institute of Technology professor, and founder of the Harpswell Foundation. Alan was working in Cambodia and invited Marie to visit with him. The pair traveled to Tramung Chrum where Marie met four women who Alan had provided with sewing lessons and machines to help them become independent seamstresses.

In Cambodia, many women work in the capital city, Phnom Penh, at garment factories making $1.50 per day. They live in cramped apartments with other workers and can’t afford to travel home often to see their children. An independent seamstress can make twice as much money as garment workers and has the opportunity to work in their home village. Most women can’t start their own business, though.

Red Dirt Road is the exception.

Marie wanted to help the women develop a product line that would appeal to the Western market and women in Northern Michigan. She contacted Traverse City resident Lin Alessio, who owns Interlochen Perennial Farm and is a former award-winning inner city educator and art gallery owner.

“Marie said ‘I’ll pay your way to Cambodia if you teach them to sew something that will sell,'” Lin says. “Thirty-six hours later I arrived in Cambodia. What I found was a small group of women who had gone two to three months without seeing their kids and (were staying in) abominable living conditions. They wanted to earn a living. They didn’t want charity.”

Now, Lin is the director of women’s development and village projects for Red Dirt Road. With her help, Red Dirt Road products are being sold online and at several area businesses including Wildflowers in Glen Arbor and Color Wear in Charlevoix. Marie and Lin hope to get the products into Traverse City and Petoskey businesses, too. “Buying one product can truly help,” Lin says. “Every dime goes back to the women, and they’ve earned it.”

Extra profits go back to the village to pay for educational classes and village projects such as gardens and latrines. One garden costs $10 and the produce feeds three to six families. They’ve planted 36 so far. 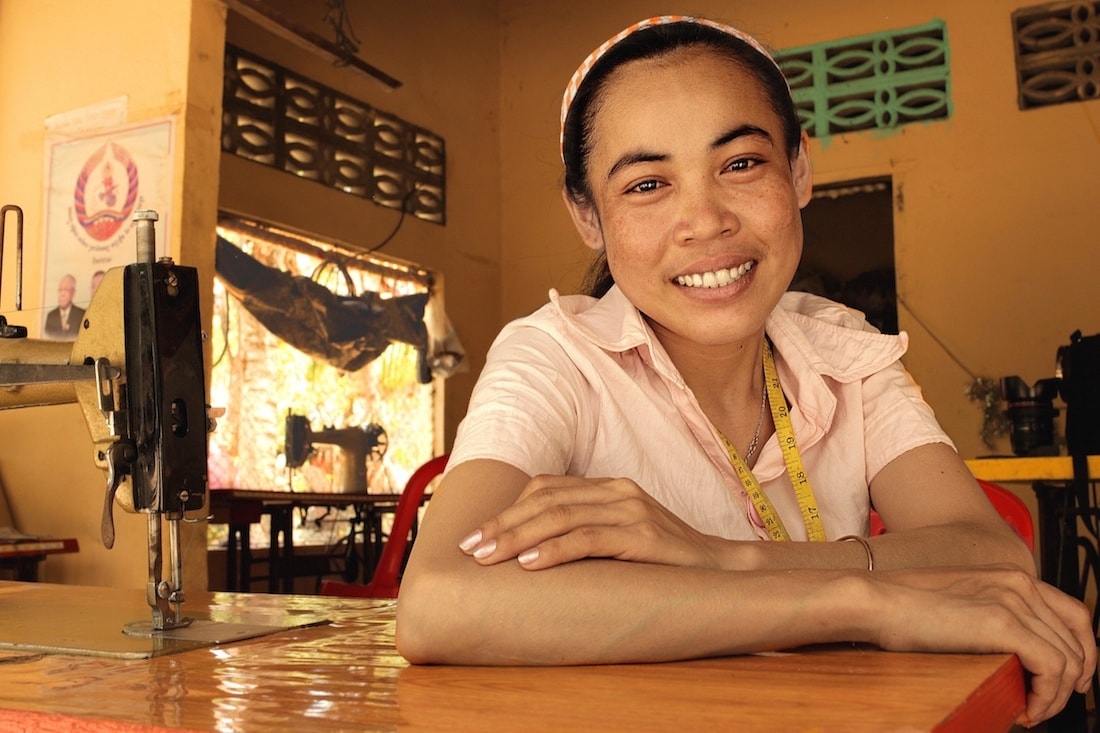 Award-winning director Rodney Rascona heard about the rural Cambodia business and was inspired by the story of hope. Working with Marie and the women, he created “Red Dirt Road: The Film.” The documentary follows Hab Saly, one of the young women working at Red Dirt Road.

On June 16, the film earned the 2016 Grand Prix – Communications award at the International Deauville Green Awards Festival in Normandy, France. Competing against more than 300 entires from five continents, the film took home one of only three Grand Prix awards.

“Red Dirt Road: The Film” will be shown during the Traverse City Film Festival, July 26 through July 31, at the History Center of Traverse City. In partnership with Crooked Tree Arts Center, Marie and Lin will be staging an interactive display depicting the village in Cambodia where the women work. The free exhibit will include a life-size replica of the workshop, screenings of the movie, and products for purchase.

More Ways to Give Back