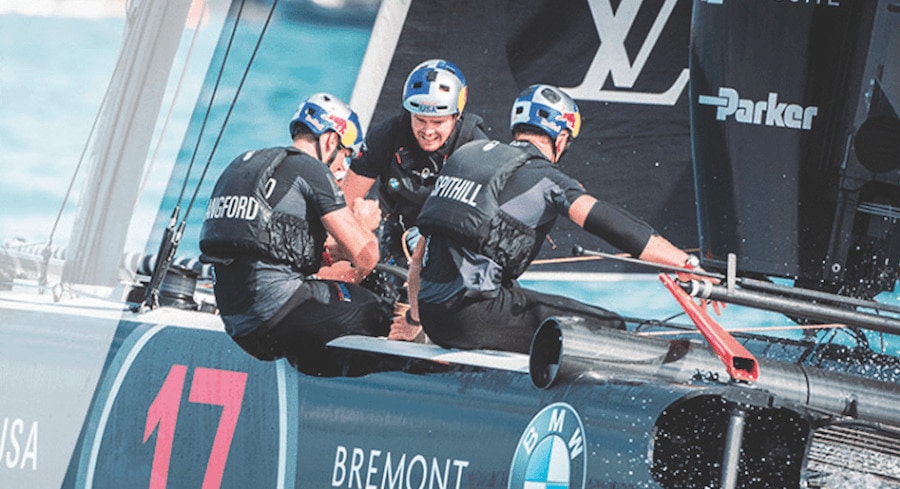 Matt Cassidy learned how to sail with the Little Traverse Sailors in Harbor Springs when he was 7 years old—little did he know how far the skills he learned would take him. Today, Cassidy is an athlete for Team Oracle USA and competed this summer in the Louis Vuitton America’s Cup World Series Chicago, a qualifying event for the 2017 America’s Cup in Bermuda. The Chicago event marks the first time in the 164-year history of America’s Cup racing—either the main event or the qualifying series—that boats will compete on fresh water. We caught up with Cassidy to learn more about what it’s like to race at a professional level, and how his northern Lake Michigan roots helped him get there. 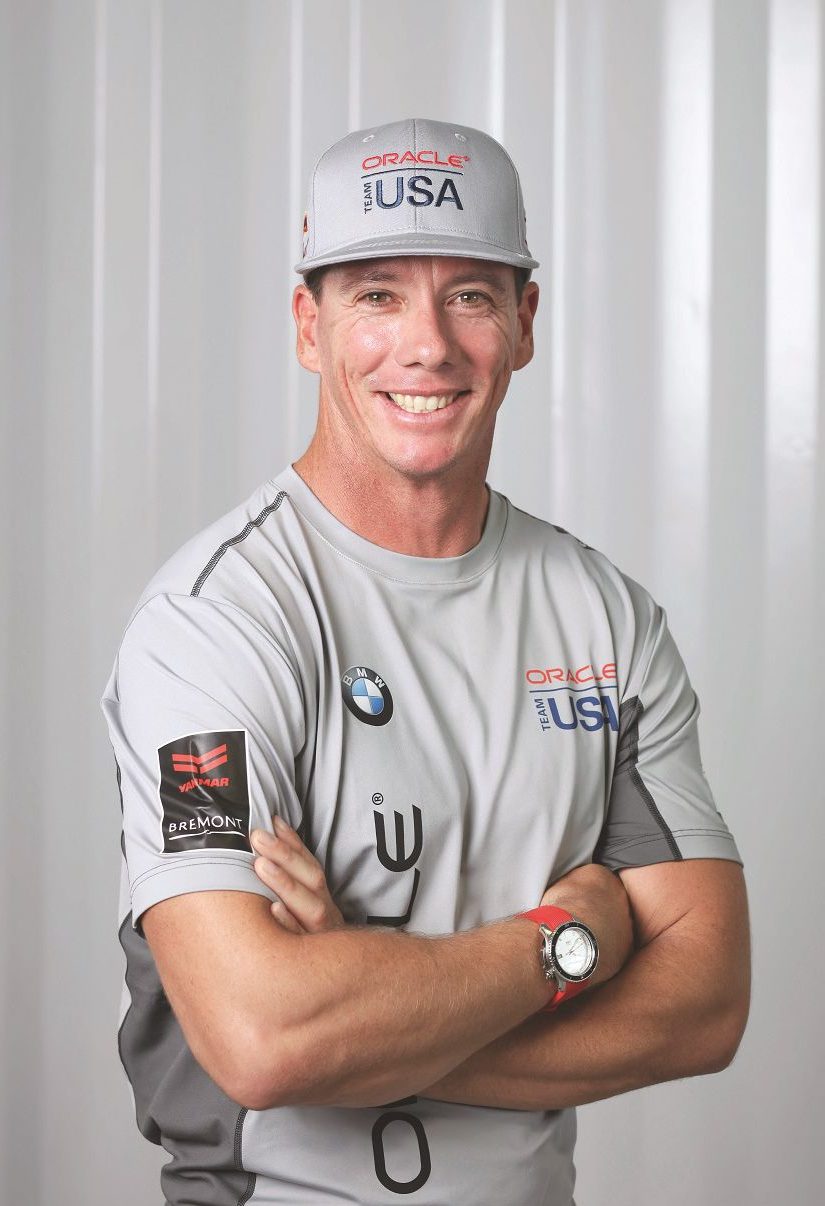 Tell us about your background in Northern Michigan.

Last summer you returned to Harbor Springs and worked with the Little Traverse Sailors Club.

“I sure did. It was great to see the up-and-coming athletes. It’s a great program and an even better area to learn how to sail. It was great to hang out with them, teach them, and show them just how far you can go from seeming humble beginnings in Harbor Springs.”

Do you have a favorite memory or sailing race in the area?

“My favorite sailing race growing up was the Harbor Springs Ugotta Regatta. It gave me a chance to sail and learn bigger keelboats, and I think that’s where my love of big-boat sailing came from. There was the local fleet of boats as well as the biggest, coolest, and fastest boats on the Great Lakes that came in for the regatta. It was awesome to see those boats and gave me something to shoot for as I got older.”

Is there anything about learning to sail in this area that helped?

“Dave Irish, the local marina owner, avid racer and ex-U.S. Sailing president, first gave me the chance to race with him on his boat. He took sailors from the junior program and introduced them to keelboat sailing. I was lucky enough to get chosen and started racing with him at 13 years old. I raced with Dave for six or seven years. My career wouldn’t be what it is if it wasn’t for that kick start, and the sailing community in this area.”

Sailing in the America’s Cup is a big accomplishment, was this always your goal?

“Not really, sailing was my hobby. I loved to do it, and it just evolved from there. I went to the College of Charleston, which was where I began to hone my skill on their sailing team. I was a decent sailor, and I loved to do it. After graduation I was offered a job coaching in San Diego. From there, I made friends, gained experience on bigger boats, and met the right people. I eventually reached out to Ed Reynolds [CEO] of Quantum Sails [a global leader in sailmaking, based in Traverse City] who put me in touch with a boat that needed a crew. I took my experience on larger sail boats, and began to travel the world to bigger competitions. From there it was my exposure and the people I met that helped me get to where I am today. I raced with the Quantum Sails team for five years before I joined Team Oracle in July 2014.”

Growing up in this area, sailing on Lake Michigan, do you think there is any home-field advantage since this is the first time this race is on fresh water?

“You know, I don’t think there is, beyond the support we’ll have from the crowds. It’s not often in these races the spectators can see the race so well. The course is set up so close to shore and Navy Pier—we can actually hear the roar of the crowd, which is great for team morale.”

Tell me about your role on the boat.

“For the America’s Cup there is a crew of five guys. I switch between trimmer and bowman. I’m most comfortable as a bowman—which will be my role for this race. I’ve been doing it for most of my professional career. As a bowman, I stay in the front of the boat and am more involved in the crew-work side of things and have a key role in all the maneuvers.”

The physicality of this race is hard to comprehend for those unfamiliar with the sport, you’re not just sitting there trimming sails … give us an idea.

“Before Team Oracle, I’d never sailed a catamaran like this, I’ve always been on monohulls. Lots of stuff on these boats is unlike anything I’ve ever done—there’s a learning curve. It’s such fast pace, the racecourses are so small, the maneuvers happen so quickly, there’s little room for error. Other races we have maybe five minutes to catch our breath, on these boats, you have maybe a minute and a half. Maneuvers happen in a specific sequence, and when you’re a few seconds late, that snowballs and you’re playing catch-up for the duration of the race.”

What else are you doing to prepare?

“We’re operating at maximum heart rate, or close to it, for the entire race. It’s a very demanding and physical environment. We follow a pretty strict schedule in the gym. Ky Hurst, a prolific Australian Ironman, has been helping with our swim training. Without a sailing background, he’s brought a lot of new knowledge and training routines to our regimen. We’re in the gym at least five days a week. After the gym, we’re on the water sailing for several hours.”

Sailing has taken you all over the world, tell us about your experiences abroad.

“Yeah, I’ve been lucky to see so many places and get to know different cultures. Spain, Portugal, Italy, Asia; all these places have so much to offer, I could drone on about how much I love visiting these places. But my wife is from Chicago, which is why I live there now, and I always love coming back. Of course, I love going Up North to see friends and family, where it all began. Buy tickets to the race and find out more information at americascup.com.”

This Q&A with Matt Cassidy was originally published in the June 2016 issue of Traverse, Northern Michigan’s Magazine.
Subscribe here.