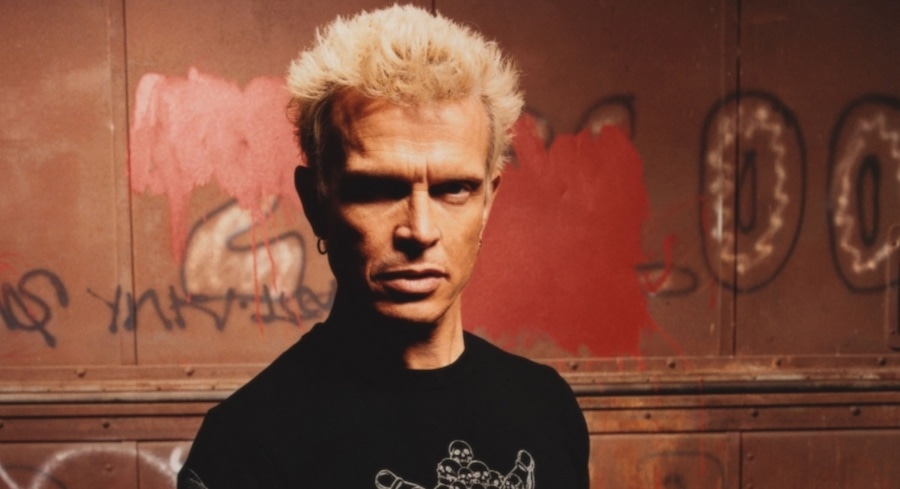 Born in England, William Broadhead’s family moved to Long Island when he was two. Though they only stayed five years, when he returned to England he was teased for his “Yankee” accent and classmates referred to him as “the Yank,” starting him on a life of feeling like and rooting for the underdog, much like the rest of the punk revolution of the mid-70s.

He began playing guitar in a band at University. He and his bass player formed Generation X with some friends, Broadhead taking the name Billy Idle from a teacher’s less-than-complimentary nickname for him. Not wanting to be confused with Eric Idle from Monty Python, he changed the spelling to Idol.

The band morphed into Gen X, whose sole album was met with little fanfare. But one track, “Dancing With Myself,” managed to combine the simple punk spirit of the Ramones with vocals reminiscent of Suicide’s Alan Vega and the spacious sound, beat and grooves of dance music. Think the Sex Pistols (of whom Idol was an early fan) meets Chic. The disc was produced by Keith Forsey, who had worked closely with dance music pioneer Giorgio Moroder.

Upon the demise of Generation X/Gen X, Idol relocated to America. With sidekick Steve Stevens on guitar, he released the EP Don’t Stop in 1981, featuring a remake of Tommy James’ “Mony Mony.” Eye-catching videos for “White Wedding” and “Dancing With Myself” scored major air time on MTV, thanks to his peroxide locks, sneer, and the catchiness of the tunes. Hits like “Eyes Without a Face,” and “Flesh for Fantasy” and others eventually led to the best-of set Vital Idol, spawning one of the year’s most heavily played MTV videos – a live version of the previously recorded cover of “Mony Mony.”

His widely acknowledged drugs and debauchery lifestyle landed him in the hospital twice, from a motorcycle accident and an overdose. He was able to laugh at his own foibles, playing himself in the Adam Sandler/Drew Barrymore comedy The Wedding Singer, one of his many forays into acting. He’s since released a number of studio and live discs, including two more hits packages.

“Of course it was my own fault. I thought that was the best place to start the book (his autobiography), where I could say, ‘Look, here’s me paying the piper everybody’ [laughs]. I was living high on the hog, and ended up squashing myself underneath the car.” – Billy Idol to Rolling Stone on his motorcycle accident

“Idol doesn’t rain on your nostalgia party or ruin anyone’s memories of him.” – ReviewJournal.com on a live performance

Tickets start at $30. Go to MyNorthTickets.com.