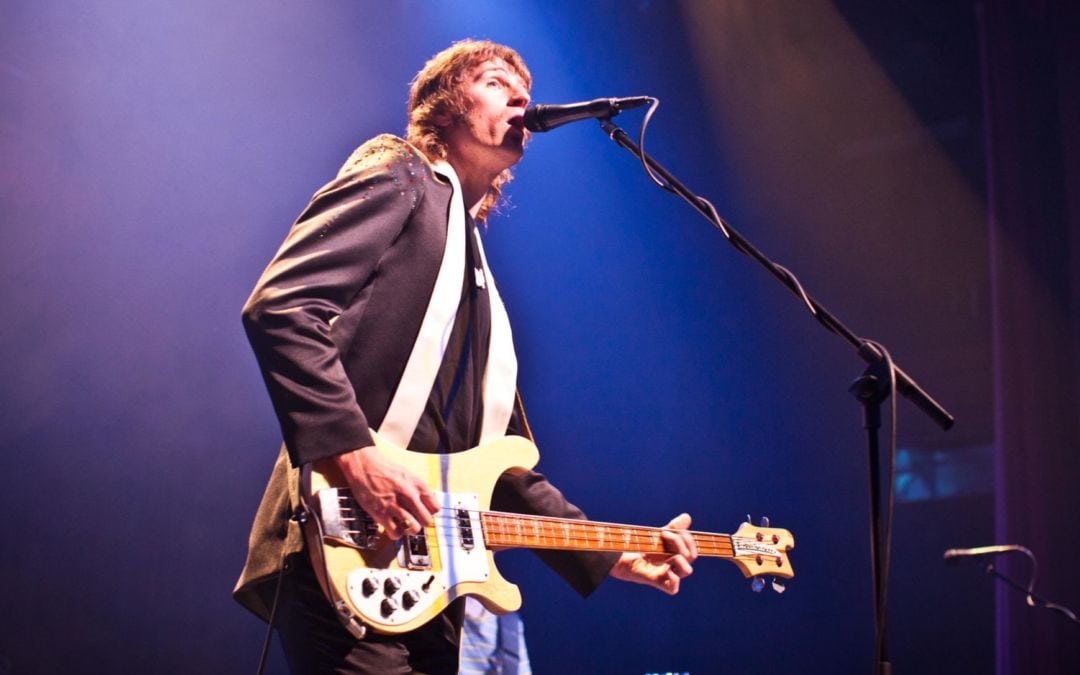 MyNorth Media entertainment writer Ross Boissoneau gives an exciting look into an upcoming Northern Michigan music event. The McCartney Years, a Paul McCartney and the Wings tribute band, will be performing at the Ramsdell Theatre in Manistee. Founded by Beatles superman Yuri Pool, the band perfectly emulates Sir Paul’s mid-70’s sound. Learn more about Yuri Pool and his band below, and get tickets to the show!

A native of the Netherlands, Pool first became fascinated with The Beatles when he was four years old, when he heard “A Hard Days Night” and “Can’t Buy Me Love” on the radio. He got his first guitar at 11, after completing a year of playing the recorder. The very first song he played on guitar was “Obla-Di Obla-Da,” which he says, “was easy to play, seeing that it contained the only three chords I could play at the time.” He continued playing music throughout high school and at 23 wrote his first three-hour stage production show, performing a large selection of the hits by the Fab Four.

Pool spent years playing in various Beatles tribute bands, performing shows ranging from small, smoky, back-alley pubs where the band sometimes outnumbered the audience, to festivals with 25,000 screaming Beatles fans. He toured the world, singing and playing in countries ranging from Lebanon to Russia, Sweden to Saudi Arabia, Japan to South Africa. Now based in Canada, he founded The McCartney Years in November 2007. Like Macca, Pool plays bass, guitar, piano and sings, even emulating the 70s wardrobe and plucking McCartney’s signature Höfner bass, while his backing band mimics McCartney’s band Wings. Last year, the McCartney Years faced the dubious prospect of playing a concert in Buffalo the night after McCartney himself played in the city.

“Pool gets mid-’70s McCartney. Whether it was a hard-rocking ‘Jet’ or ‘Live and Let Die,’ or something from McCartney’s extensive ballad catalog like ‘My Love,’ Pool has the range to deliver a close-to-dead-on impression of one of the greatest singers of the 20th century.” – Buffalo News

Tickets are $30 for The McCartney Years Manistee event. Go to MyNorthTickets.com.