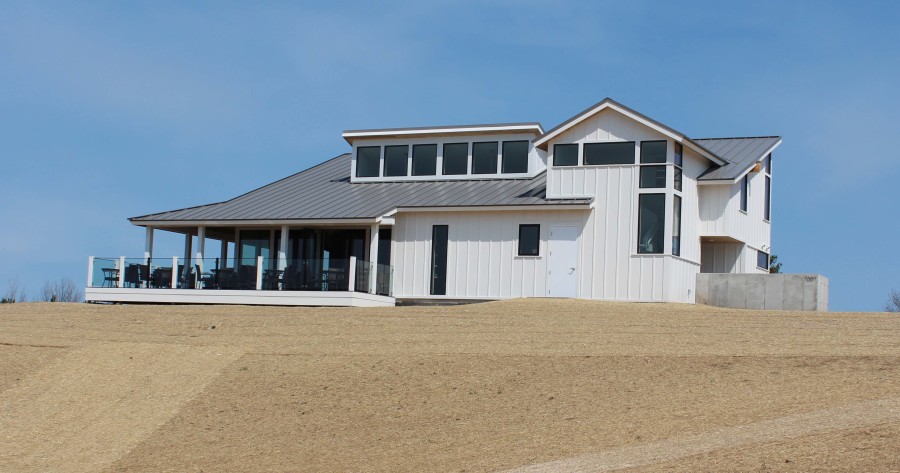 McKenzie and Creighton Gallagher have been dreaming of opening a Northern Michigan winery for seven years. Yesterday, the 32-year-old couple opened the doors to their Traverse City tasting room: Rove Estate Vineyard and Winery.

Perched at 1,100 feet, Rove Estate has the highest elevation of any vineyard in Leelanau County, offering stunning views of Sugar Loaf Resort and far west, toward Empire.

The rolling hills remind McKenzie of Ireland and their family’s Irish heritage, which has largely influenced the winery.

Over 300 years ago, thousands of Irish fled their warring country on cargo ships to the United States, France, Australia and other countries across the world. The mass migration became known as the “Flight of the Wild Geese.” During that time, Ireland was known for its wine, and some of the immigrants went on to be winemakers known as the “wine geese,” which is the inspiration behind the winery’s goose logo.

“They took a leap of faith into unchartered waters, and we relate to that,” McKenzie says. “We had one chance to get this going, and we’ve been really fortunate to have such supportive mentors and talented people who have helped us.”

Brys Estate’s vintner Coenraad Stassen, who has won over 450 awards for his wines, is also crafting the artisan, boutique wines being served at Rove Estate. Creighton worked with Coenraad at the Old Mission Peninsula winery in 2007, and the pair are close friends. 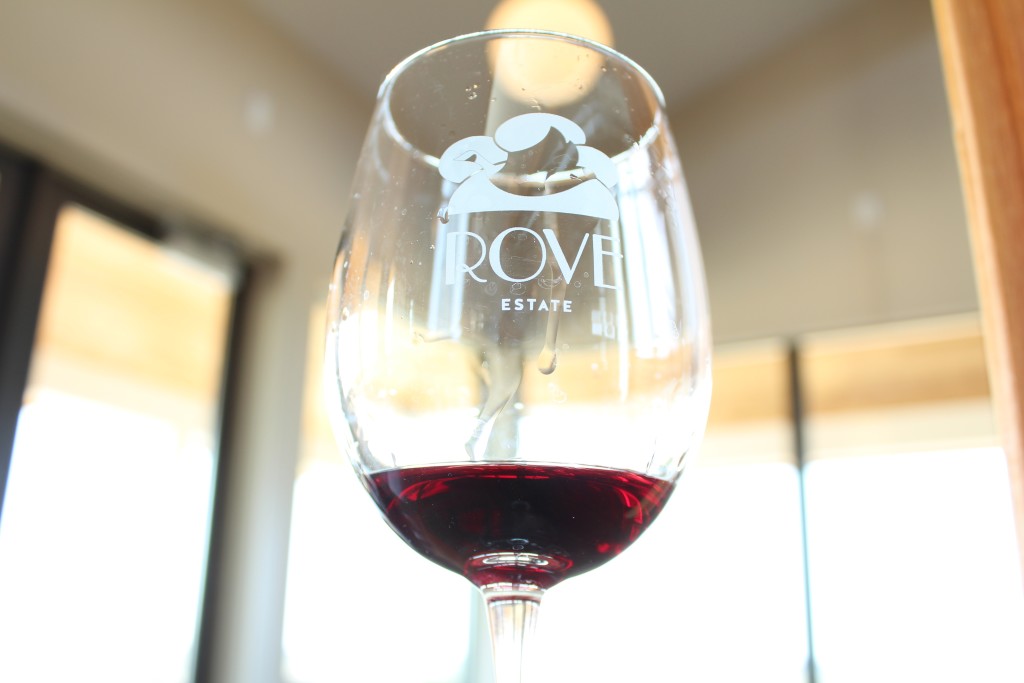 Rove Estate wines are currently being produced at the Brys Estate facility, though the Gallaghers hope to be able to make their wines onsite in the next three to five years. Right now, there are five wines available for tasting:

The 2014 Riesling is one of the early favorites. It’s made exclusively with Rove Estate grapes and has white peach and citrus flavors. “It’s a playful and energetic wine,” says Melissa McKolay, a tasting room staff member.

Cherry and hop infused ciders are coming soon from Bonobo Winery and a sparkling wine will be introduced in the fall. The cherry cider, which will be available starting May 26, will be made with concentrate from the Gallagher’s cherry farm. 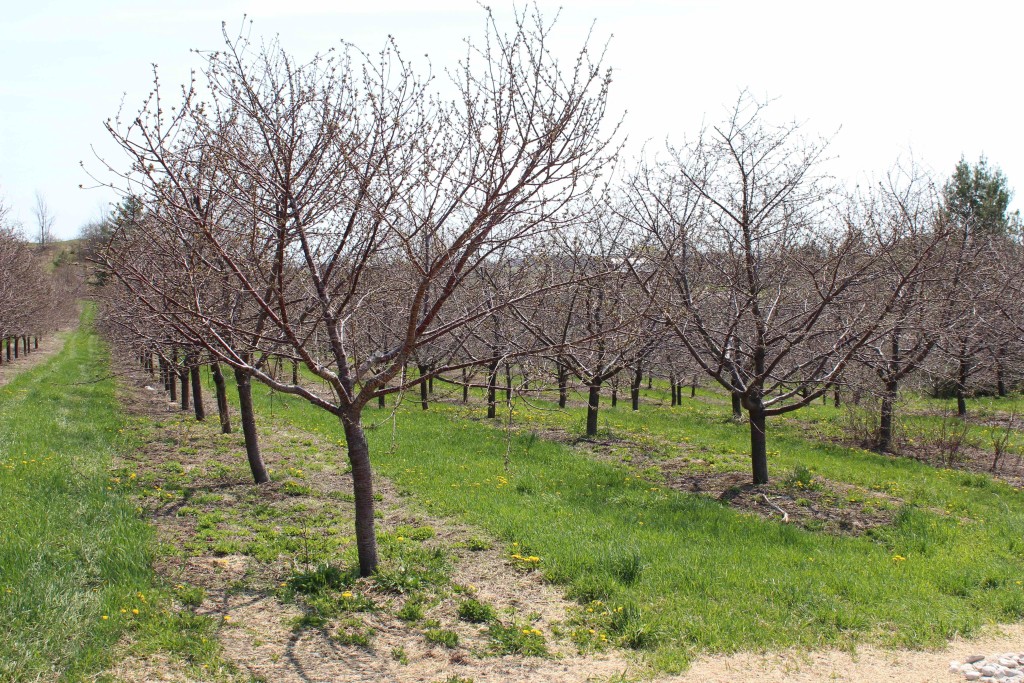 The tasting room was designed by Brian Howard, who is also the architect behind North Peak Brewing Company and Blue Tractor Cook Shop in Traverse City. His industrial style mixed with the barn wood tasting bar (with wood from the Bugai Road barn) creates a welcoming and approachable atmosphere. The wrap-around porch offers gorgeous views and extra seating for people to enjoy a glass of wine and light snacks, such as charcuterie, chocolate covered cherries, mixed nuts and olives. On Fridays and Saturdays, Rove Estate is open until 9 p.m. for wine service and stunning sunsets (wine tasting ends at 6 p.m.).

Upstairs, a private room can be rented for bridal parties. A living room area and bathroom provide a beautiful spot for the bride to get ready and have photos taken. There are already several weddings booked for next year.

“We wanted to incorporate that entrepreneurial and farming spirit,” McKenzie says. “We had to be creative starting this business. There’s always a million reasons why you shouldn’t do something. You can choose to focus on them, or you can choose to follow your dreams and heart. I think people will feel that energy when they come here.”

Definition of rove: a journey, especially one with no specific destination; an act of wandering.