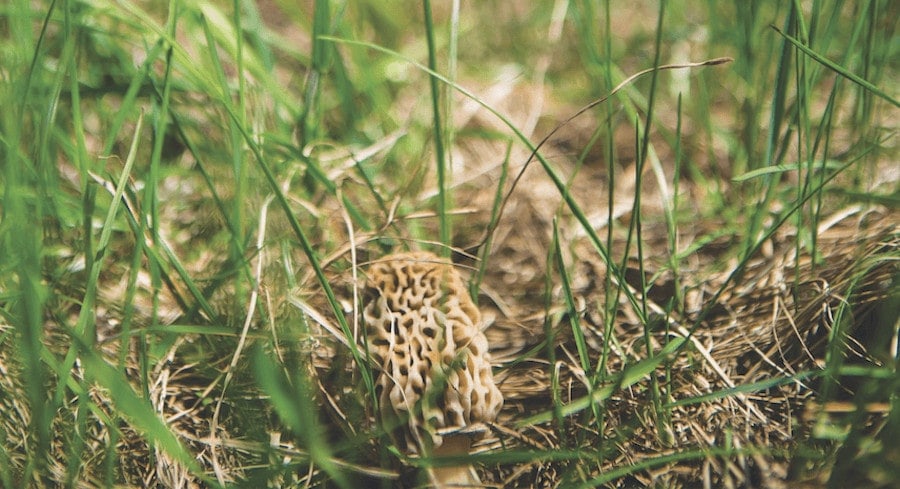 Morels vex us. They’re delicious but elusive. They’re visible, but seemingly invisible. They defy cultivation, setting the inscrutable terms of their own mysterious proliferation. Adding insult: there are even false morels. Found one! Oh, just kidding.

If it’s any consolation morels have long vexed mycologists— mushroom experts—too. Until just recently, fungi scientists couldn’t agree on how many different species of morel there were because the mushrooms so obscured their identities in the moist and convoluted folds of their flesh.

People generally thought there were just a handful of types of morels: black, yellow (or blond), and gray morels. Scientists, just like other morel hunters, would kind of pile them all together. But it turns out “blacks are a BUNCH of species, and blonds are a BUNCH of species,” says Timothy James, a Ph.D. mycologist and curator of the fungi collection at the University of Michigan.

Genetics researchers are the ones who brought the tools and subsequent evidence that reshaped the field. “The DNA revolution came in the ’90s, and that wave is still spreading out across all the groups,” James says. “You start with simple ideas based on morphology (the form and structure of an organism), and when you apply the DNA information, you find that is pretty misleading.”

Just last year a group of researchers led by Franck Richards presented a paper that revolutionized how biologists think about morels. “It identifies 22 species in North America alone,” James says. James concedes the new genetics insight won’t necessarily help the average person locate morels, but it does help answer some longstanding questions that have puzzled hunters, like why would morels sometimes grow in an apple orchard and some other times in a recently burned-over woods? “Now we can say, This particular species grows in apple orchards, and this particular species grows in burned areas, and we won’t be confounding species,” James says.

The new classification is still so fresh that some of the distinct groups have not yet been properly named. Mycologists are scrutinizing DNA evidence to chart out the morel family tree. Where does it branch, and branch again, and branch again? Each branch gives rise to new species.

“You try to reconstruct this evolutionary tree to see how the species split apart.” To understand that, researchers focus on just a few of the morel’s 12,000 genes (humans have about 25,000 genes). “You sequence a few genes and try to reconstruct those trees and show that the genes tell a different story than morphology.”

Mycologists don’t really know how old the morel is, but James says something shy of 50 million years is as good a guess as any. Scientists are stymied because there are no morel fossils, and typically the fossil record is what they use to peg a species to a certain age.

The new genetics insight has also thrown morel naming topsy-turvy. Or, as James says, “The taxonomy is a mess.” The number one problem is long-used names were based on European varieties—the North American species looked so similar that mycologists figured they must be closely related. But such is not the case. “The genes show clear differences,” James says. That means the two most common names, Morchella esculenta (yellow/blond morel) and Morchella elata (black morel) can no longer be used for North American species. The new name for Michigan’s yellow morel—one of the most common—is Morchella americana.

James can’t help but ponder the work ahead as he considers the name changes and the U of M collection that he oversees. “None of these new names are used in our current collection,” he says. “It could be a real project to go back in and identify all of those morels.”

But the morel’s own delectability might be saving James some work. There are 576 examples of Morchella in the university’s herbarium—James would expect way more given the mushroom’s prevalence. “But generally people would rather eat them than put them in the herbarium,” he says.

This article was originally published in the May 2016 issue of Traverse, Northern Michigan’s Magazine.
Subscribe here.