Mackinac Island is a favorite Northern Michigan vacation destination, with visitors traveling from all over the world to stay at the quaint isle. This automobile-free, history-laden haven is home to dozens of hotels and B&B’s, a downtown full of sweet shops and taverns, and streets filled with happy horses and smiling cyclists. But, beyond the hustle and bustle of the island’s Main Street, Mackinac Island is home to many hidden treasures waiting to be rediscovered by visitors. Read on to discover travel ideas, attractions and activities to make your Mackinac Island vacation unforgettable. 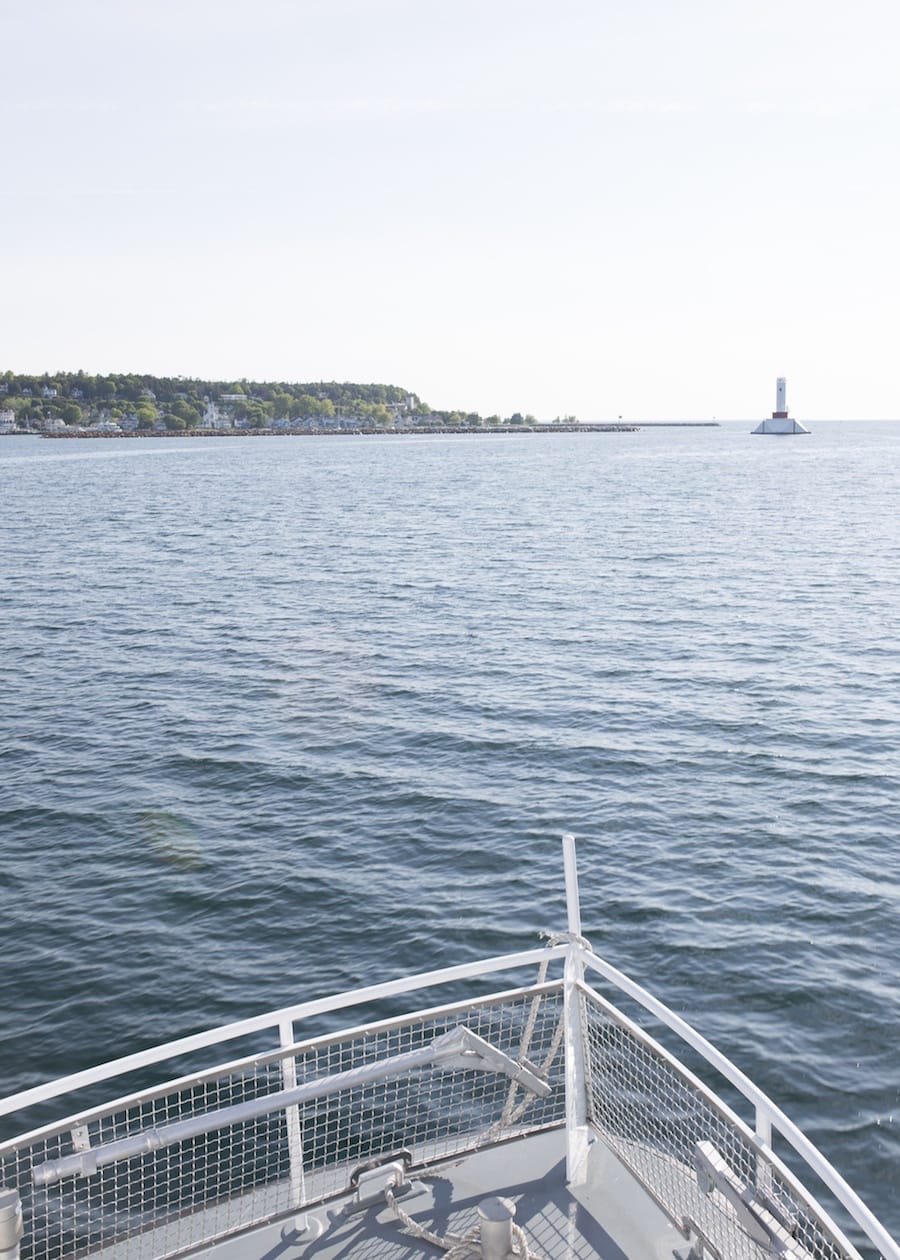 First Things First: How to Get to Mackinac Island

Sorry folks, you can’t just drive to the island—it’s suprising how many people think the Mackinac Bridge goes to the island. And even if you could they’d turn you around, as cars are strictly forbidden. Mackinac Island is accessible by boat or by plane. Here’s where to hop a ferry. 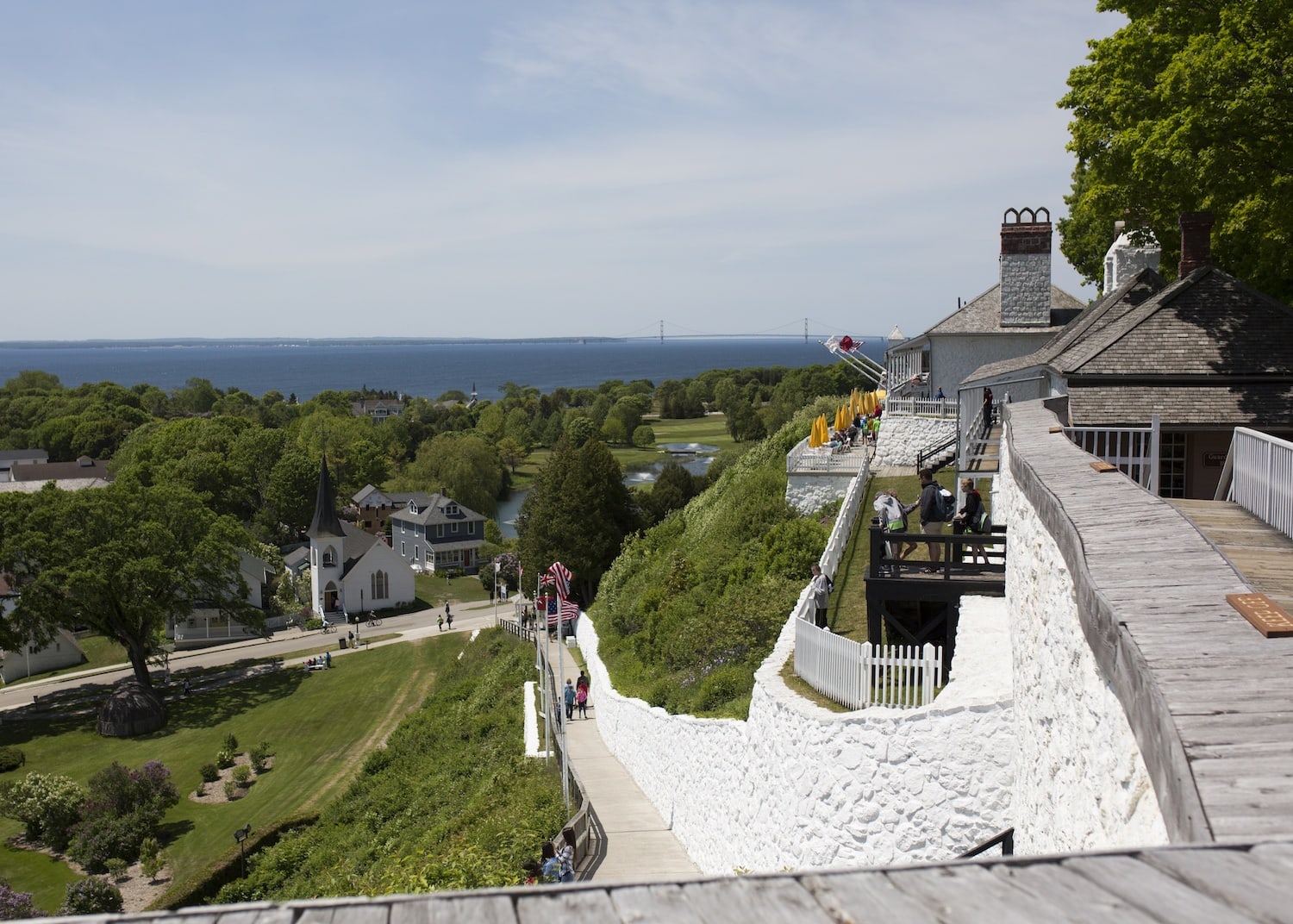 As a crossroads between Lake Huron and Lake Michigan, the Straits of Mackinac was once of great strategic importance for the French, British and American forces that fought in the Midwest during the 18th and 19th centuries. Fort Mackinac, located on Mackinac Island, was a stronghold for both the British and Americans, while Fort Michilimackinac in Mackinaw City was first a French trading post, and then a British fort. Both forts are now operated as museums open to the public. A third fort, Fort Holmes, was built by the British during the War of 1812 at the highest point on the island (just one mile north of Main Street). Fort Holmes was recently renovated and is now open to the public. Fudge is the fuel of Mackinac Island. The sweet smell of cocoa and butter wafts through Main Street, and no Mackinac Island vacation is complete without a stop inside one of the island’s many candy stores.

Find out where to find the island’s best fudge. 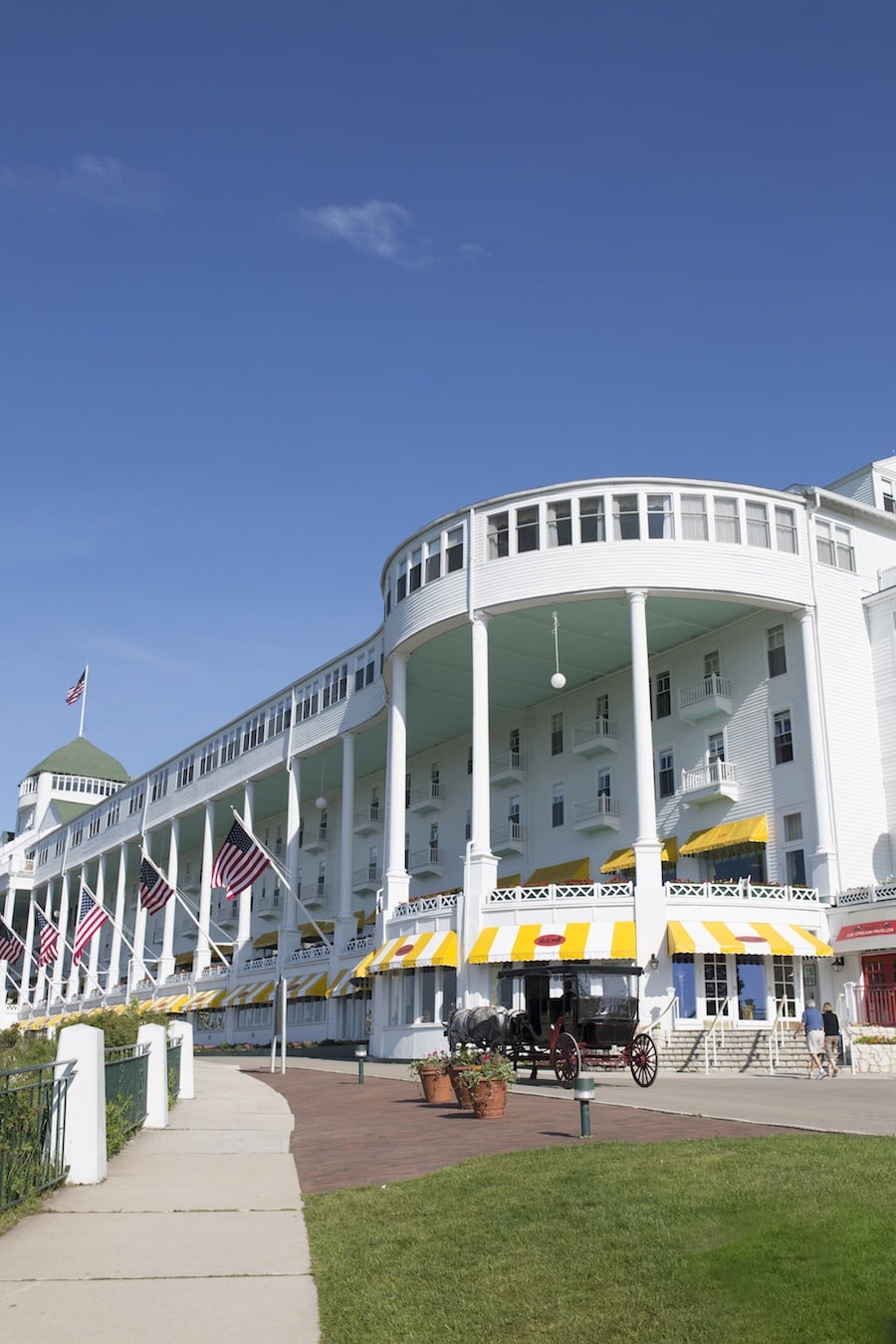 The Grand Hotel stands on Mackinac Island like a marble monument. The stately façade is as beautiful as each of the 393 individually decorated rooms, and even if you choose not to lodge at the Grand Hotel during your stay (find other lodging options at MyNorth’s Mackinac Island Hotel Directory), a visit to this historic hotel is not to be missed. 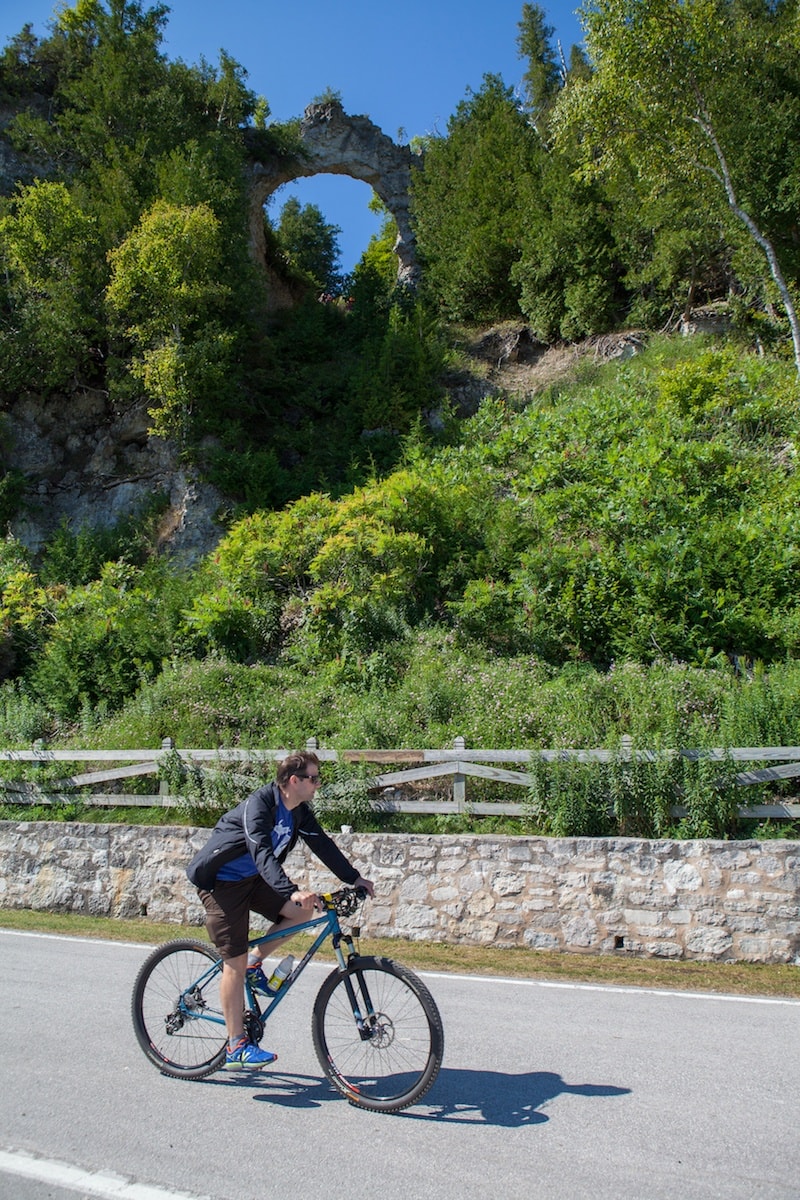 Aside from the smell of fudge and the clopping of horses, one of the first things you’ll notice about Mackinac Island upon your arrival is the multitude of bikes streaming along Main Street. Biking is the most popular and convenient means of navigating the island—not only the streets of downtown but also the miles of trails that lie in the interior of the island in the Mackinac Island State Park, which covers about 75 percent of the island’s land mass. 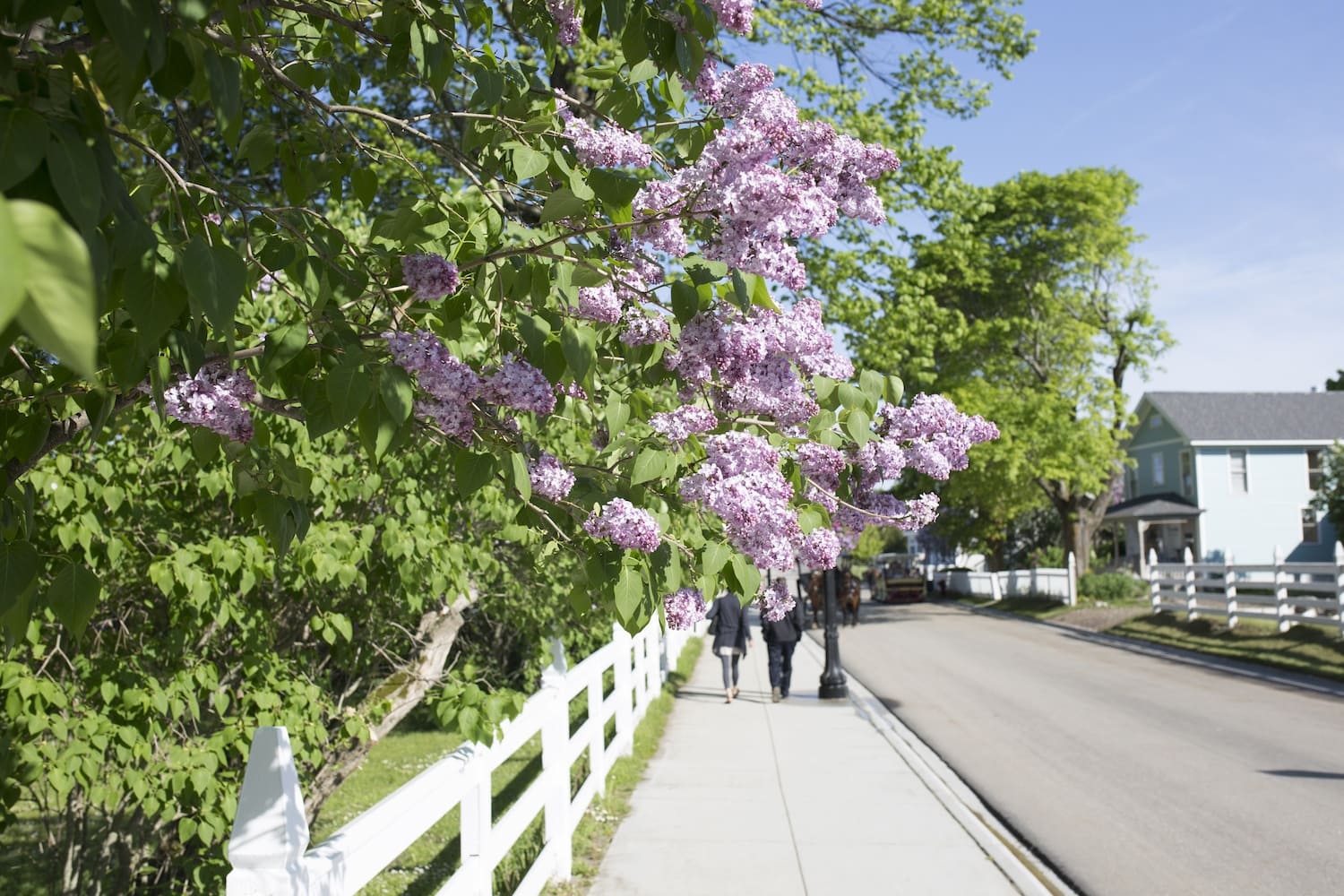 There’s a lot to celebrate about the Mackinac Island lifestyle, and there’s a festival for three of the most prominent features of the island: horses, fudge, and lilacs. Beyond the annual festivals, boat races, special events, and island-circling runs fill the summer weekends.

Read more about festivals and events on Mackinac Island. 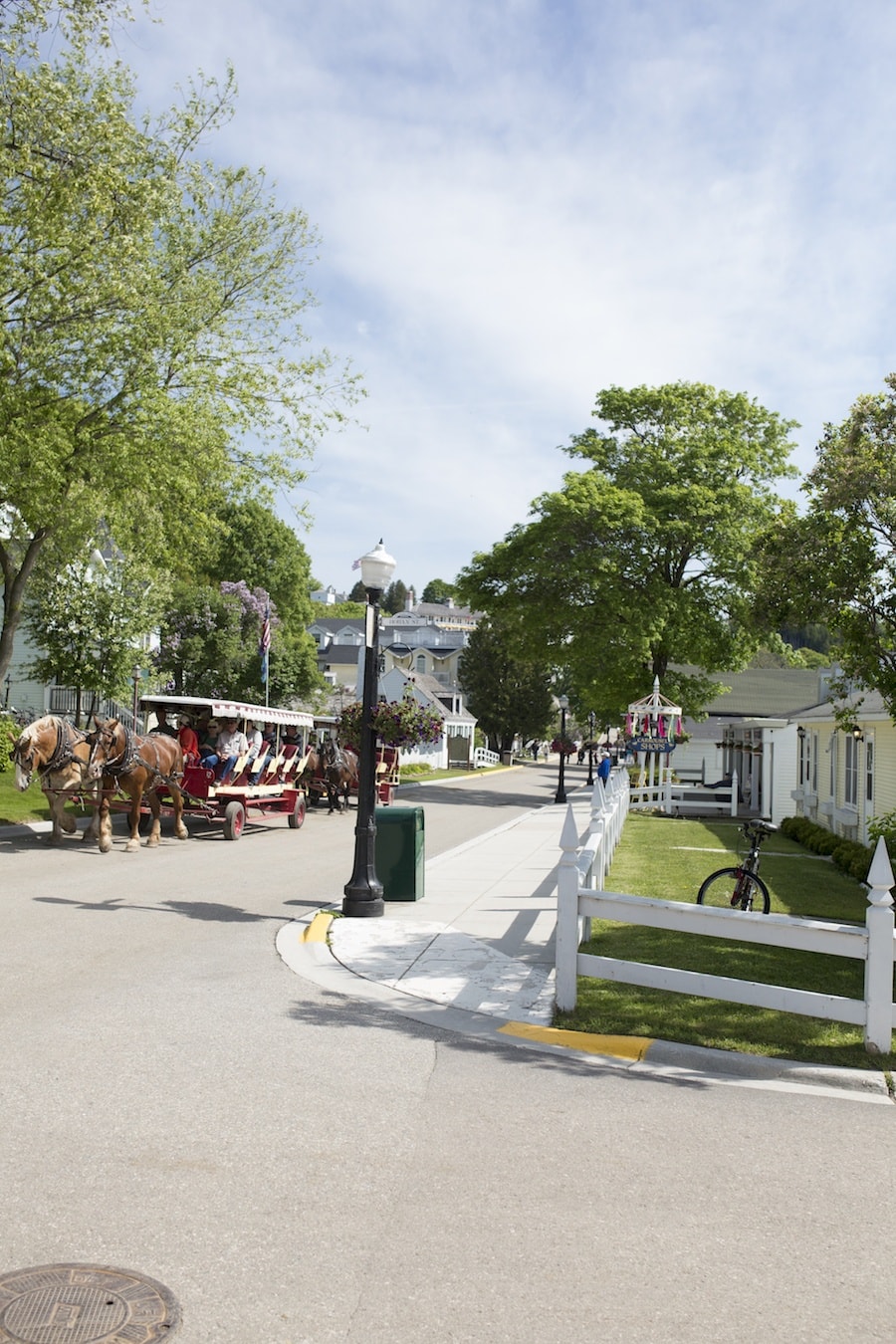 Mackinac Island is powered by a 500 horsepower engine—that is, the 500 horses that call the island home in the summer. Since the late 19th century, horses have been an integral part of Mackinac Island. A word of caution to visitors: watch your step …

Learn more about the lives and history of horses on Mackinac Island.

Find out the best things to do in 1 day on a Mackinac Island vacation.