Northport Cars in the Park Gearing Up For 19th Year 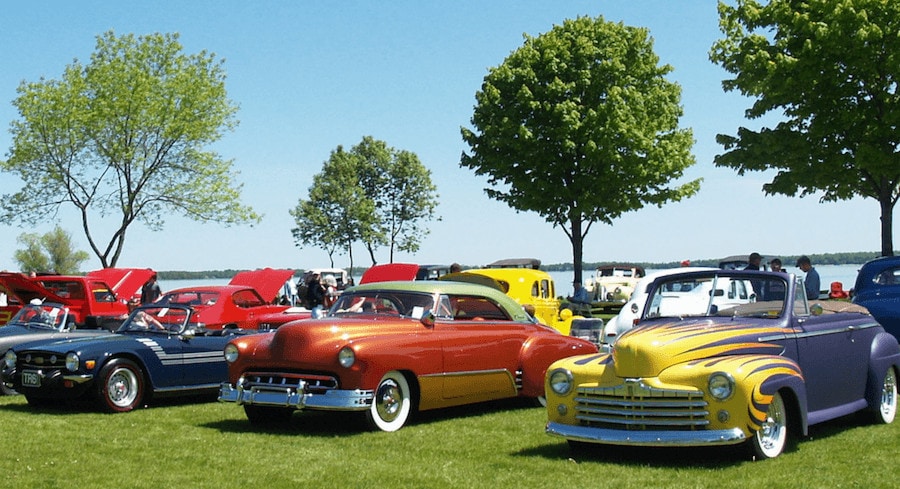 Leelanau County’s longest running car show Northport Cars in the Park is entering its 19th year. The annual Northern Michigan event held in Haserot Park is set for Saturday, May 28.

The show was founded by George Irvine in 1998 and is currently being managed by George’s son, Darin Irvine, who took over the show last year with the help of his wife Lynelle and three sons. George still helps on the advisory committee. “It’s a family tradition,” Darin says.

The Irvine family takes a lot of pride in the show. With so many summer car events throughout the state, it takes something special to stand out. Luckily, Northport Cars in the Park has no problem with that. “Just the drive itself makes the trip worth it,” Darin says. “M-22 is beautiful no matter which side you come up on. People come from all over just to drive their car in Leelanau County.”

In addition, the show is held in a picturesque park with the blue waters of Grand Traverse Bay as a backdrop. “We arrange the cars in a way that complements the landscape,” Darin says. 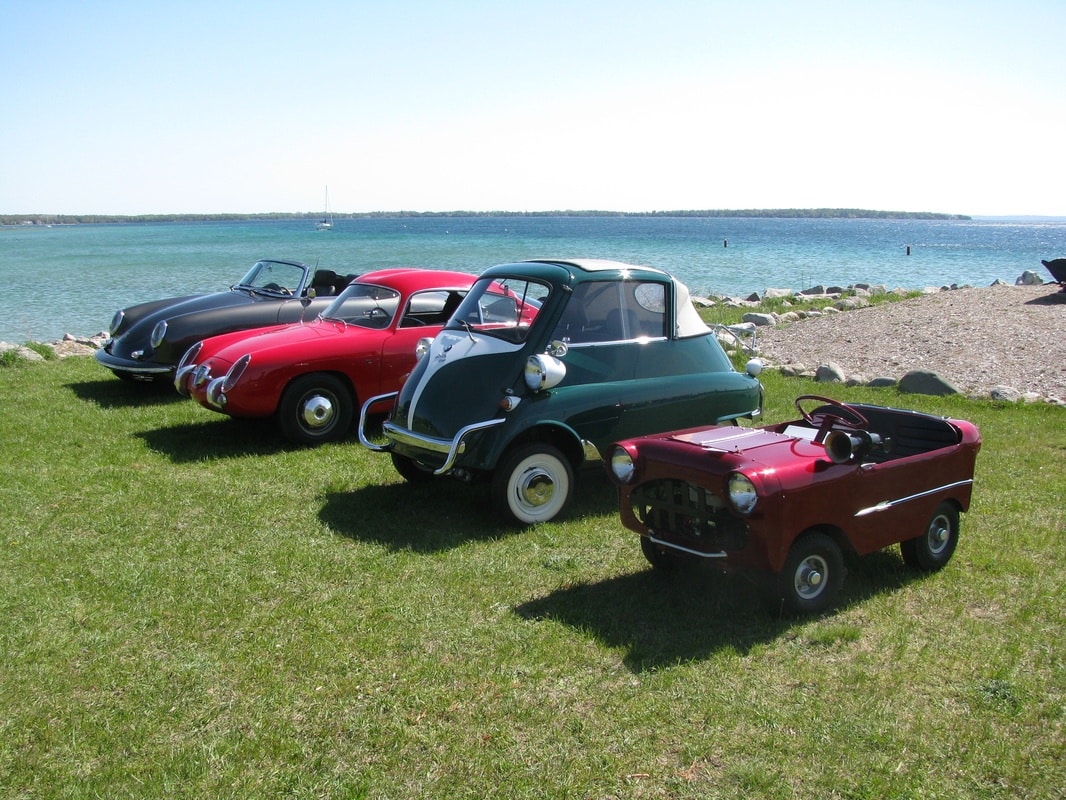 Last year’s event was the largest yet with 172 cars on display. Participants can pre-register with this form online or the day of the event. Northport Cars in the Park starts at 10 a.m. and awards will be presented at 3 p.m. Admission is free for spectators.

There will be two food vendors on site including The Tribune and Deep’s Corner Market. “The show is a long-standing tradition, and we try and involve area businesses as much as possible,” Darin says.

New this year is an award for Best Pre-War Classic and expanded space for participating cars. Gilbert Hall, former president of the Model T Club International, will give a presentation on the engineering marvel of the Model T.

Darin’s Northport business, Darin Irvine Custom Automotive Restoration, is the lead sponsor for the show. Darin has been nationally recognized for his restoration work and for designing and building an aluminum car by hand for a local businessman (pictured below). The Boxter 550 project began in 2007 and was completed in 2012. “It was quite an undertaking,” Darin says.

The owner wanted to have the styling of a 1955 Porsche 550 Spyder but the performance of a newer model. It took Darin 66 months and over 3,300 hours to finish the heirloom car. Van’s Garage in Leland did the mechanical work. 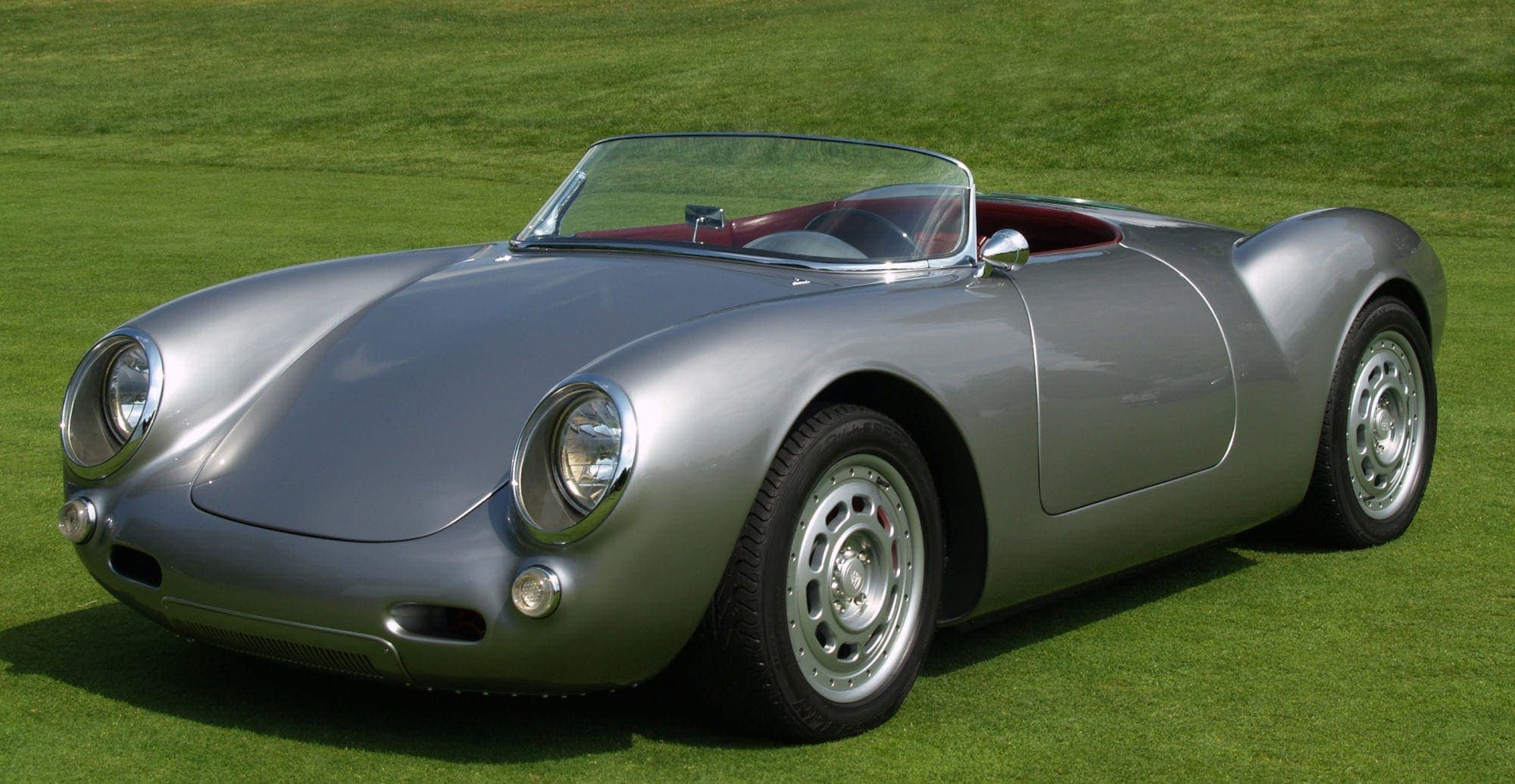 For more information about Northport Cars in the Park, contact Darin and Lynelle at northportcarsinthepark@gmail.com.