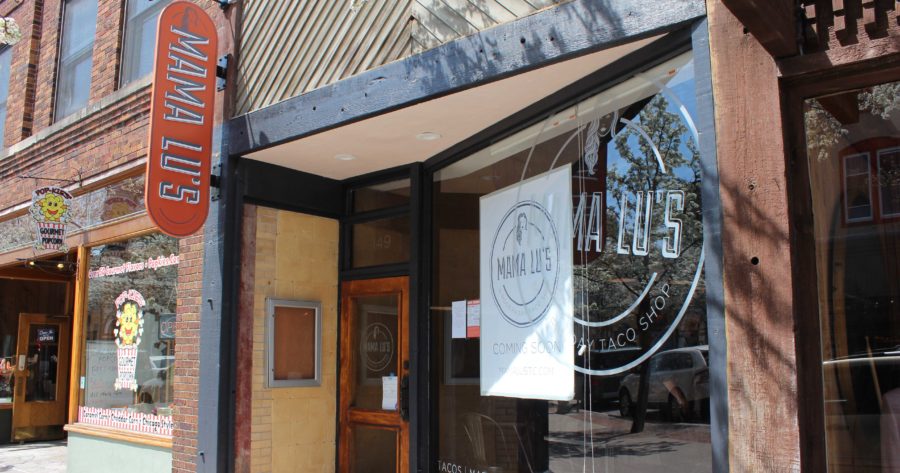 Mama Lu’s is a modern day taco shop. What makes it “modern” you ask? Well, from their Mexican cuisine to management style, John Larson and Adrienne Brunette’s new downtown Traverse City restaurant has “modern” all over it.

Named after the great grandmother of chef and owner John Larson, Mama Lu’s strives toward serving a single food and serving it spectacularly, a trend John says is, “where the future of restaurants is going.”

The a la carte menu features tacos. And more tacos. A few sides and desserts, too, but mainly tacos. Tacos that cost only $3 to $4 each.

“We’d rather not make a million bucks. This is like a dream! If I broke even at the end of the year, I’d be stoked,” John explains of his quality food at a low price point. “We’re taking a low man food of a taco, and elevating it to a 5-star level.”

How is that possible?

Keeping their Mexican menu small and focusing on the details. Knife cuts, handmade tortillas, modern garnishes, and a total of six featured tacos, were decisions all carefully chosen. After working across the county in the culinary arts, John and Adrienne picked their dishes based on elements they’ve missed from their time in Tuscon, New York City, San Diego, and Chicago … all while staying true to John’s great grandmother’s teachings of Mexican cuisine.

The duo moved to Northern Michigan after spending time away, and immediately immersed themselves in the Traverse City culinary community upon their arrival. Then, when the 149 E. Front Street spot became available, they were ready.

Their goal is to keep an energetic vibe flowing year-round. After their grand opening Saturday, May 14, Mama Lu’s 40-seat restaurant will be open seven days a week from 11 a.m. to 11 p.m. for lunch and dinner.

While Mama Lu’s will be opening without their liquor license at first, tequila lovers can anticipate a full bar complete with Mexican beers available in about six weeks. As for signature drinks, Adrienne says that like the rest of their menu, they’re keeping it simple.

“You won’t see me shaking an egg white behind the bar,” she adds with a laugh.

They’ve built a solid—yet modern—team as well to help serve downtown diners. Employing a staff based highly on personal attributes, they call it a “modern way of managing.”

What else makes Mama Lu’s unique? Here are few highlights:

Plus, I wouldn’t be surprised to see a stroller valet out on Front Street this summer. Stroller valet for their visitors? Yep, they’re that modern.