If You’re Going to Mackinac Island, You Have to Visit the Forts Mackinac Island is home to two historic forts: Fort Mackinac and Fort Holmes. A visit to these extraordinarily well-preserved sites is about as close to a marching order as you’ll get during your vacation. Before you head over to the island, make sure to also explore Colonial Michilimackinac in Mackinaw City.

Visiting Fort Mackinac is like taking a trip back in time to the 18th century. As with any Mackinac Island vacation, getting there is half the fun. Beat the day-tripper crowds by arriving early at the ferry docks, then sit back and watch the island’s slim profile slowly emerge as your boat motors across the water. Once you’ve landed, march up Fort Street to Fort Mackinac’s South Sally entrance and get ready to enter another era.

Founded in 1780, Fort Mackinac sits on a limestone bluff overlooking the island’s downtown and the wild waters of Lake Huron and Lake Michigan. Its sweeping views made it a strategic outpost for the British and United States armies for 115 years. Though the real action here ceased in 1885, the fort’s 14 original historic buildings still echo with the sounds of military pomp. Arrive early to watch local scout troops slowly raise the American flag to signal the fort’s opening. The wicked crack of a rifle breaks through the cool morning air—better quick-step to the parade grounds, where you’re likely to catch a cannon-firing demonstration or a court-martial re-enactment. 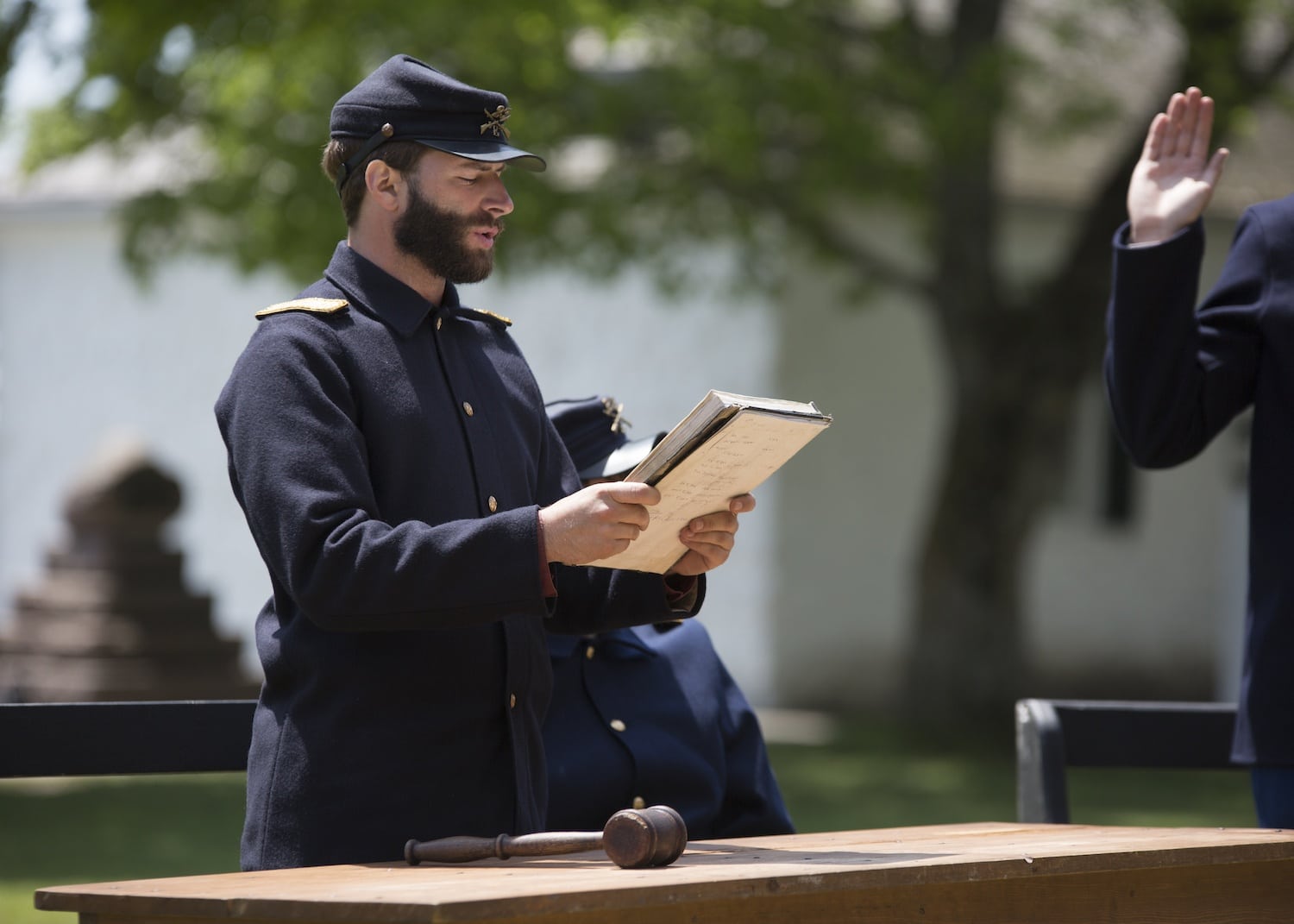 Bagpipes, fifes, bugles and drums play in the background as you make your way through the fort’s exhibits. At the Post Headquarters, visitors can search a computer database containing birth dates, physical descriptions, marital status and other information about the American soldiers who served here. Visit the barracks to see the way soldiers lived, then head to the hospital and follow a 19th-century physician on his rounds. Grab lunch at the Fort Mackinac Tea Room, run by Grand Hotel. The Grand Pecan Ball is a must.

With funding secured for renovations, visitors on Mackinac Island can now visit the recently reconstructed fort, which can be found 1 mile north of downtown on Fort Holmes Road. Admission is free and the fort is open to the public during normal operating hours May through October.

The fort sits at the highest point on Mackinac Island—the views of neighboring Round Island and the Straits are absolutely incredible. 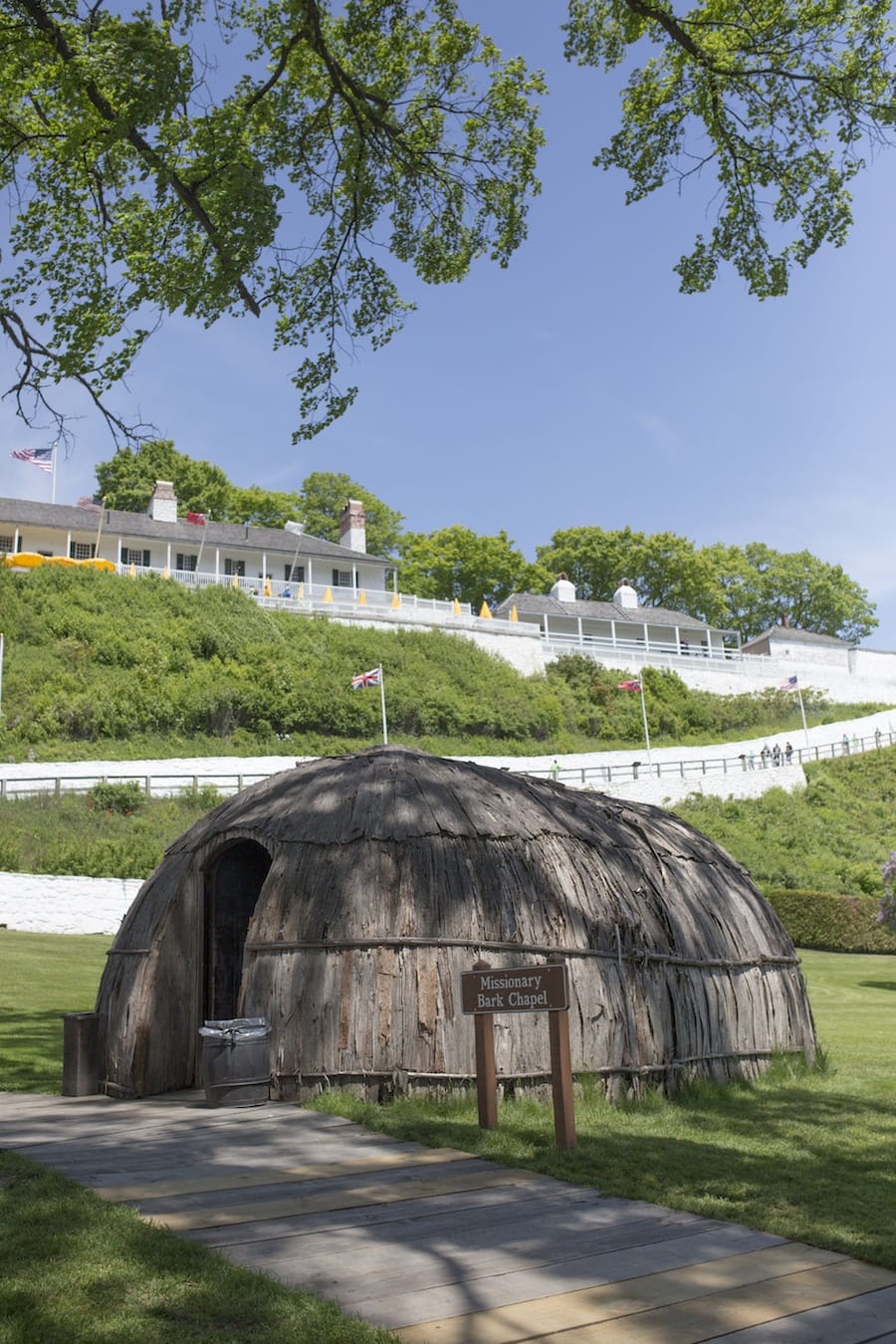 A third fort that overlooks the Straits of Mackinac is located on the mainland in Mackinaw City. Like Fort Mackinac, Colonial Michilimackinac is an open-air museum where you’ll find riveting re-enactments, interactive displays and knowledgable interpreters.

Colonial Michilimackinac was constructed in 1715 by French soldiers. It was a center for fur trading and the starting point for many western journeys. Traders, Indians and French and British soldiers all rendezvoused here.

The fort has been reconstructed based on historic maps and more than 50 years of archaeological excavations, which still continue today. Admission fees to Colonial Michilimackinac: $12.50 for adults, $7.25 for children ages 5–12.

Fun facts to share with kids about Mackinac Island forts and Colonial Michilimackinac. 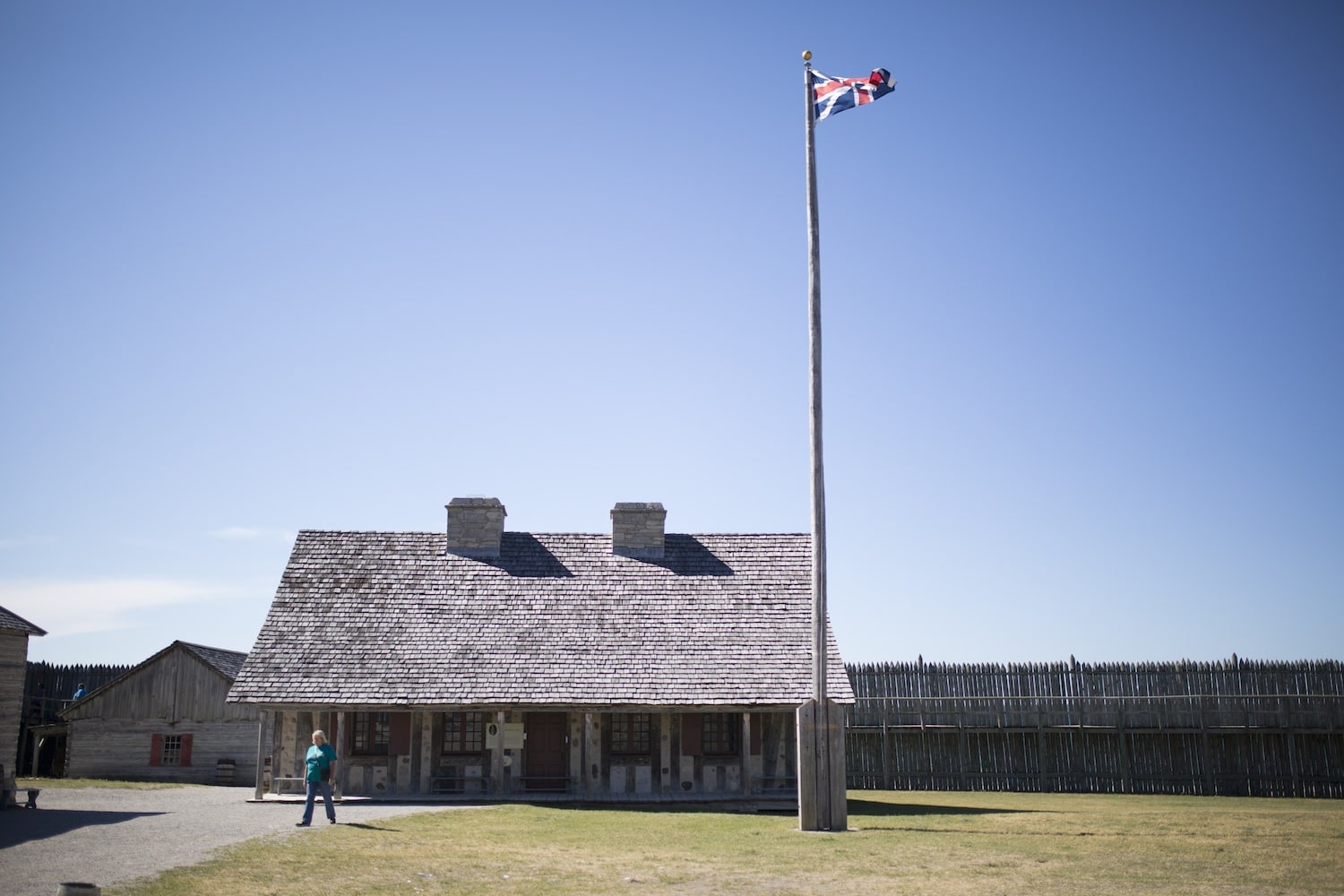 More Things to Do on Mackinac Island