History of the Horses on Mackinac Island 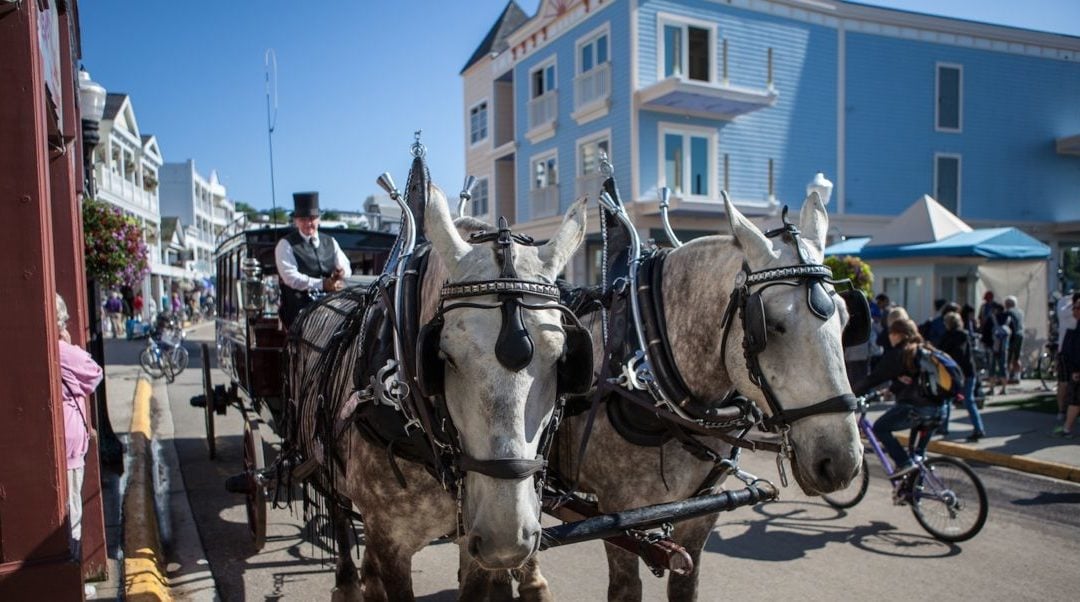 The “Horse is King” on Mackinac Island, a place where vacationers’ only means of transportation are bikes, roller blades, horseback or carriage rides. Known specifically for its no-motorized-vehicle policy, this Northern Michigan vacation spot is a blast from the past with plenty of horse-themed travel ideas: go for a ride through the streets in a horse and buggy, or hop on the saddle and ride around the island. You can celebrate the horses on Mackinac Island at the Festival of the Horse, a Northern Michigan festival that happens every August. Read on to learn more about the history of the horses on Mackinac Island.

History of Horses on Mackinac Island

Horses first arrived on Mackinac island when they were used to haul Fort Mackinac from the mainland, across the ice, and over to the island in the 1700’s. In the 1800’s horses started to be given as gifts to families on the island and by the 1850’s businesses began to use the horses as means of transporting goods. From the 1870’s to 1880’s the horses were in high demand and continued to stay on the island year-round—unlike today where the horses are shipped off the island come winter. With railroads beginning to reach the island, and hotels being built in 1885 (The Grand Hotel being built in 1887) a new breed of people had arrived: sightseers.

The ban of automobiles on the island in 1901 resulted in the creation of horse and buggy sightseeing rides. After WWII ended, Stewart Woodfill, owner of the Grand Hotel, began the promotion “Horse is King,” and then in 1948 Mackinac Island Carriage Tours was formally established. With a surge of cottagers with children arriving on the island, the horse industry began to boom.

How Do Horses Get to the Island?

A prevalent misconception about the horses on Mackinac Island is that they are permanent residents. In fact, many of the horses are transported off the island come winter and taken to stables within the Upper and Lower Peninsula of Michigan. Come spring, the commercial horses are transported by ferry back to the island just a few weeks before the season begins. As tourist traffic grows, so too does the number of horses kept on the island at stables like Cindy’s Riding Stable.

The private horses—the ones you can find at the stables at the Grand Hotel or on the West Bluff—will arrive at different times. In days gone by, private horses traveled to the island with their owners as the cottages they resided in were “seasonal,” with that season starting much later than when the island opens today. The Grand Hotel’s horses often spend their winters in Minnesota or Florida, and are brought back to Mackinac Island a few weeks before the hotel opens for the season. Other horses are brought up as needed. 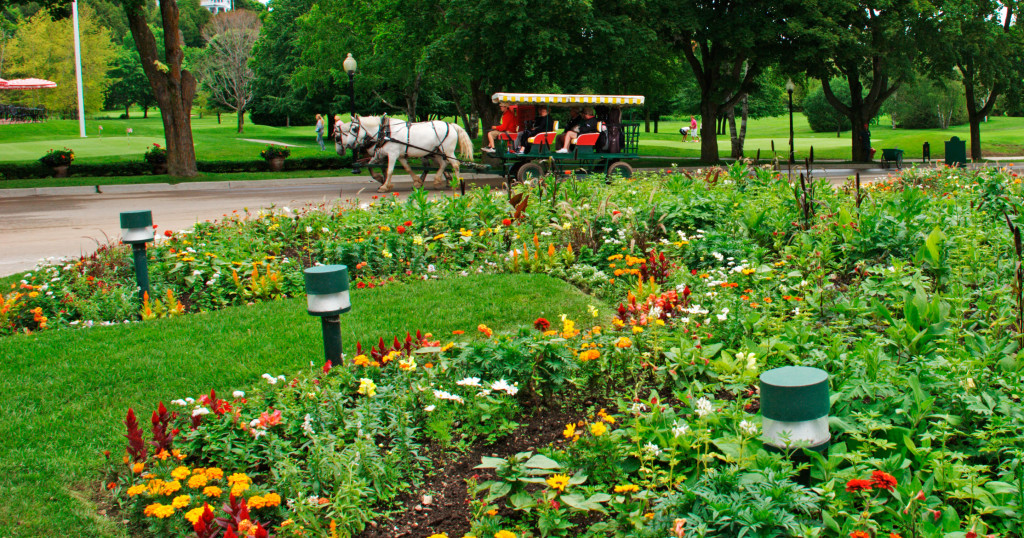 Spend Time with the Horses on the Island

There are many places you can find horses on Mackinac Island: