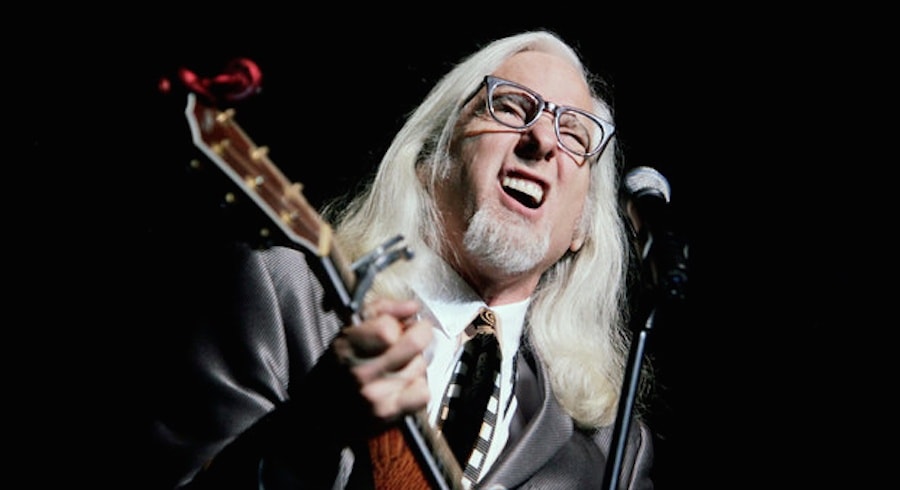 How He Got Its Start

Stuart Mitchell, a native of Howell, Michigan, started out as a folk singer. A little over two decades ago, he segued into comedy and adopted the stage name and character of Heywood Banks. His live show is an interactive mélange of stories, skits, and audience interaction. Banks is now best known for his comedic songs. He’s released a series of CDs, both solo efforts and compilations taken from his and others’ appearances on “The Bob & Tom Show.” Despite that radio show’s ventures into non-politically correct areas and double entendres, Banks keeps his material clean, no matter the venue.

Banks’ material can be enjoyed at a surface level for his comic hijinks, though if you dig deeper you find numerous references to pop culture. As opposed to Weird Al, who writes parodies of popular songs, Banks writes comic originals. Stylistically they run the gamut, from folk to country to rock to pop, and way beyond. Some of the songs have become classics of a sort, such as “Toast,” in which he eschews guitar in favor of a toaster hung around his neck. He then beats out a frenzied cadence with a pair of forks as his “instrumental” accompaniment.

A sample of his lyrics from another gem, “Horse Meat,” from his album Pretending I’m Not Home: “These days people are perplexed about upon which meat to dine. With Mad Cow and Hoof & Mouth affecting cows and sheep and swine. A hungry man starts to look around for a way to super-size. And his thoughts turn to Mr. Ed with ketchup and fries.”

“It’s been great for me, because I can play virtually anywhere and people can bring their kids – I always say it’s important to start warping them early.” – Heywood Banks on the lack of profanity or sexual innuendo in his act

“Heywood’s act is a visual bombardment. Heywood Banks is a geek. One part science lab, one part ‘The Day After.’ The man is a walking, talking computer error.” – Laughtrack Magazine