The Go Rounds Perform in Bellaire and Traverse City 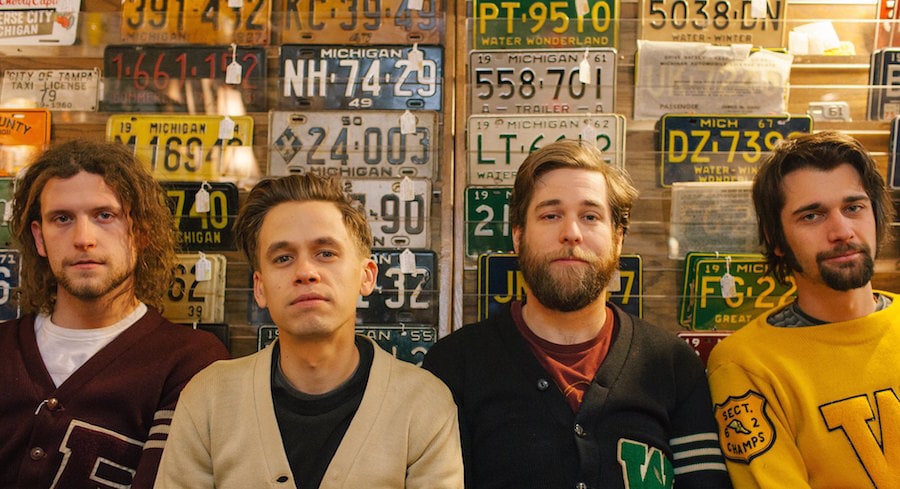 Inspired by the beauty of the Great Lakes State, The Go Rounds bring energy and a whole lot of sweat to the stage. The Kalamazoo band has been touring Michigan since 2009 and has upcoming performances in Bellaire on April 30 and Traverse City on May 21.

We caught up with lead vocalist and songwriter Graham Parsons to talk about their music.

What got you into music?

“Growing up, my parents were avid music listeners. My mother is from Detroit so the Motown sound was always floating through the air. Music was always on in the house and I began to hum along.

“I also realized at some point that writing music was one of the best ways to enjoy solitude and to explore the infinitesimal world of the imagination all at once. You can travel anywhere you want in the mind without ever leaving the house.”

How did The Go Rounds get started?

“In 2009, we all met at an underground cockfighting ring called, ‘The Strutt.’ The money was good, but it was hard seeing the roosters tear each other apart so we decided to start a band instead.”

What’s the story behind the band name?

“Shorty after we started playing we all traveled to a sweat lodge community and imbibed ayahuasca for the first time. All members had intense visions of circular imagery: wheels, the sun, the all seeing eye, jelly doughnuts, etc. We all understood that no energy is trapped within a circle and that cycles are the foundation of life and that we were meant to go round and round so to speak.”

What inspires your music?

What kind of energy does the band bring to a live performance?

“For me, it’s (cliché alert!) all or nothing. Truly. I know now that it’s about the people we have a positive impact on, not all the people who have never heard of us. It’s easy to get hung up thinking about what it means to be successful, but time and time again we are uplifted by a genuine connection to the audience, no matter the size. We strive to let the audience in. To bare our humanity in all its imperfect glory and to rejoice in the opportunity to play.

“I also sweat and drool a lot and at times find myself rolling around on the ground.”

The band has ranged in size over the years, what do the personalities of the current members bring to the stage?

“The current quartet is the strongest incarnation of the band. Mike, our guitarist, is our spiritual warrior and vibe-guru, bringing a necessary focus and gravity. Drew, our bassist, has been described both as an oatmeal cookie and a golden retriever, and who can argue with either of those blessings? Adam, our drummer, is a six-legged ex-Barnum and Bailey circus performer that brings an incomparable levity and dynamic to the stage.”

You grew up in the Upper Peninsula and have spent time in the Northern Lower Peninsula, what you do like about performing in this area?

“I like the level social playing field of the Michigan music scene. Bands get to know their fans intimately and fans feel more a part of the movement in that way. There is true collaboration and support happening, without thought of, ‘Well what am I going to get out of this?’

“Musicians in Michigan work hard because we have to. We’re not as good-looking as people from California.”

“I just want to say that if it weren’t for Traverse City, this band wouldn’t exist.”

Check out The Go Rounds at Groundwork’s Get Local Party at The Little Fleet in Traverse City!