Former resident Claudia Schmidt is returning to the area, with four appearances May 5 through 8. Three of them are with her good friend Sally Rogers to promote their new CD, their fourth joint effort, entitled We Are Welcomed. “We have this amazing musical backing, different than we’ve done,” said Schmidt by phone from Portland, Oregon, where she was performing. “It’s a lush sound, with piano, oboe and violin. We had the opportunity to bring players in. It seemed the songs wanted that.”

Typically Schmidt’s albums, as well as those of Rogers, are more sparse. This time around they went all out. “We’re both strong singers so we’re not overwhelmed,” Schmidt said. In concert, they eschew a band, instead playing off one another’s voices, guitars and dulcimers. Schmidt said economics plays a part in that decision. “Recording is your chance to have a band. We can’t afford to have one on the road.” 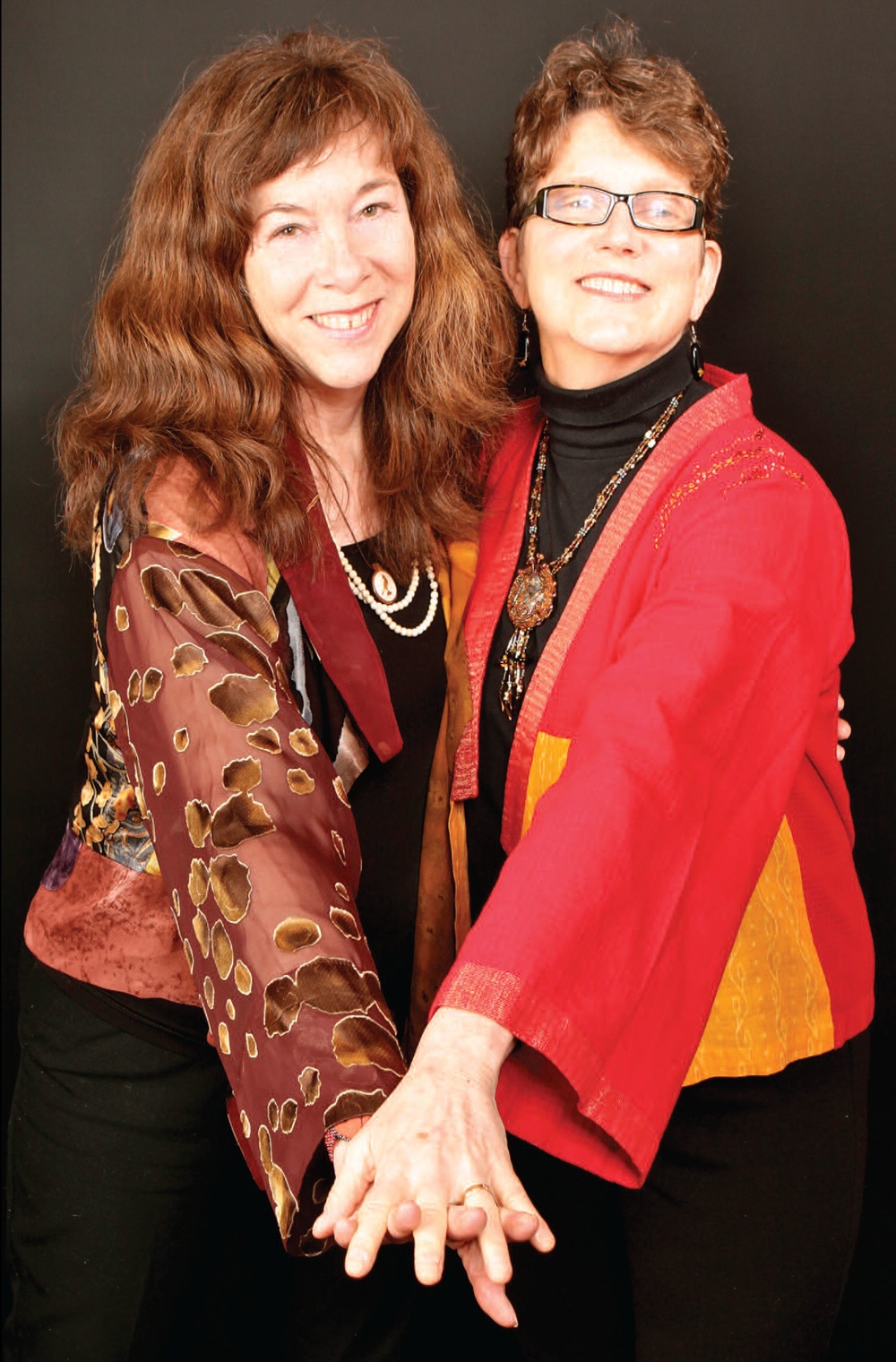 Schmidt said the past several years have been difficult for performers, as the music industry changed, venues closed and opportunities shrank. “It put a lot of colleagues out of business,” she said. That her career continues she ascribes to her tenaciousness.

She’s excited to be touring again with her good friend Rogers, with whom she’s released three other recordings. The duo is releasing the new disc independently. “We hoped Red House (the folk label both have recorded for over the years, which released Schmidt’s New Whirled Order in 2014) might pick it up, but the business is in tough shape.”

The changes have seen and forced recording artists become more flexible and responsible for their own careers. That move toward more independence and autonomy comes at a price. “There’s a brief window to get the news and CD out to reviewers and radio folks,” she said. That means she spends more time on those aspects of her career and less on the music itself, including collaborations with others such as Rogers. “I like collaborative things, but one can’t afford to pay somebody else to do that.”

With that said, why do another album with Rogers? “It celebrates 35 years of singing together. When we can we like to work together, harmonize with each other onstage,” said Schmidt. “For me, the more kinds of things I’m doing, the happier I am.” That also explains her occasional appearances with jazz pianist Jeff Haas and his group, whether at West Bay Beach, prior engagements at Cambria Suits or summer shows at Chateau Chantal.

Schmidt said nearly all facets of the music scene are different today. Where people used to get together to listen to the latest album by their favorite musicians, the move towards iPods and silent disco have made it a more solitary endeavor. “It’s not communal. It’s very remote. Music has become so commoditized,” she said. That’s why she enjoys performing at smaller venues, from clubs to house concerts, where she said there is real communication between performers and the audience.

Schmidt’s performances are upbeat and enjoyable, as are those of Rogers, who has also made a number of recordings for kids. The two enjoy their musical chemistry and they’re happy their three joint shows around Mother’s Day will give them a chance to connect with each other and with old friends from their home state.

Schmidt and Rogers are Michigan natives. Schmidt is a former Traverse City resident, and Rogers grew up in Beulah. Both began their musical careers in the 70s, though their first recorded collaboration, Closing the Distance, wasn’t released until 1987. Both are singer-songwriters, and both have enjoyed careers in other fields: Schmidt owned and ran a bed and breakfast on Beaver Island for several years, and Rogers has taught school.

In addition to their solo and duo performances, both have been guests on Garrison Keillor’s A Prairie Home Companion. While originally hailing from the Great Lakes State, Schmidt now makes her home in Minneapolis, while Rogers resides in Pomfret Center, Conn.

“Sterling guitar-banjo-dulcimer work … Better yet, Rogers’ achingly sweet voice imbues her ballads with classic poignance even as it lifts the spirit.” – Washington Post

May 5 at 7 p.m., West Bay Beach, a.k.a. Holiday Inn in Traverse City (Claudia Schmidt solo with Jeff Haas and friends)

May 6: $20 in advance, $25 at the door, at The Garden Theater box office, The Bookstore, Stormcloud Brewing Company, and Corner Drug Store of Frankfort or East Shore Market in Beulah.