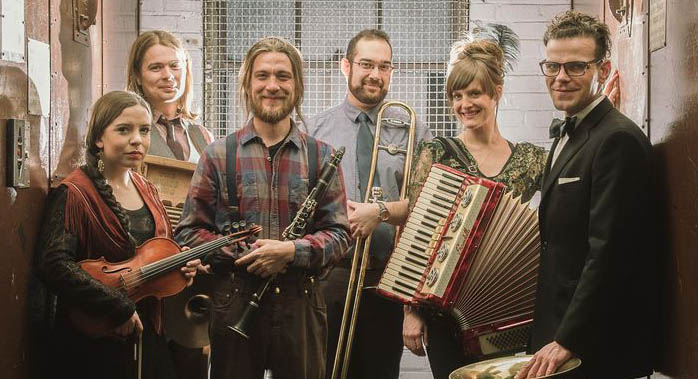 In 1981, several employees at the Grain Train natural food store in Petoskey who were part-time musicians had an idea. Why not pool their passion and create a day-long event focused on acoustic folk music? Many of them were already involved in an arts club located above the Grain Train, the Spectrum Center. It was an artist’s collective that featured a coffee house with local folk artists, a film club and arts  education activities.

Some of the Grain Train staff lived in the small Emmet County enclave of Bliss. They had started a small alternative school there, and the first Blissfest took place at the Reese Potato Farm fields that summer to benefit the school. It was such as success they did it again the next year and the year after that.

While the arts center and the school are now long gone, this year marks the 36th Annual Blissfest Folk and Roots Music Festival. Over 60 artists will perform at the three-day festival, now held on a nearly 200-acre spread between Harbor Springs and Cross Village. This year’s Blissfest, set for July 8-10, will include Michigan artists such as Breathe Owl Breathe, Conga Se Menne, and Delilah DeWylde and the Lost Boys, artists from locales such as Nashville (10 String Symphony), New York (the Brown Rice Family), Colorado (Cary Morin) and Mississippi (Cedric Burnside Project), and nationally-known touring acts like Hot Tuna and Peter Yarrow.

The organization’s history is one of steady growth. The Blissfest Music Organization was incorporated in 1988, and purchased a 40-acre farm in 1995. It expanded to 120 acres in 1998, and in 2013 the organization purchased a house and 2 acres across the street. Last year the organization was gifted another adjacent 40 acres. The expanded space offers plenty of room for camping, music and crafts, and other family activities. The nearby shores of Lake Michigan, just ten minutes away, beckon the crowds as well.

While the festival’s focus remains on acoustic folk music, other styles have crept into the mix over the past three-plus decades. Among the performers scheduled this year are HuDost, described as a neo-folk world rock ensemble, and Kinobe, a multi-instrumentalist, singer-songwriter and philanthropist known for his synthesis of African roots and global fusion. The reggae of Taj Weekes and Adowa is complemented by violinist Jaron Freeman-Fox and the Opposite of Everything, playing their unique combination of bluegrass with Indian music, African beats with sea shanties, and klezmer with the blues.

Jim Gillespie is one of the event’s co-founders. He’s been booking the acts since festival’s inception. “Blissfest features diversity, with our feet firmly planted in American roots music,” he said. “For the past 36 years our mission has been to promote and preserve American roots music. We are also very keen on innovators of the root genres and world roots music.” True to his word, Gillespie has booked acts from Canada, Holland, Australia, Sweden, Uganda, Australia – and that’s just this year!

Dan Calloway grew up attending Blissfest. Literally grew up, as he said he first attended the show while in diapers. “My folks were very early attendees at the original location,” he said. He continued to attend the shows as he got older, eventually performing as part of the band Galactic Sherpas, and volunteering as a sound tech. Now he’s the festival’s business and marketing director. “I realized there was a need and called Jim. He said, ‘Can you start Friday?’ It’s a real honor,” said Calloway.

In addition to the musical acts, Blissfest features craft booths, kid booths and food vendors from across the region. Many if not most of the attendees camp at the site throughout the weekend. Calloway said its family-friendly vibe makes it a perfect summer getaway. “For me, it’s always been Christmas. It’s a non-denominational, blissful, soulful holiday,” he said.

Today, the Blissfest Musical Organization is incorporated as a 501(c) 3 non-profit charitable arts organization. It is involved in numerous endeavors, including scholarships, a songwriting retreat, country square dances and swing dances, concerts and more. For a complete list of the group’s programs and events, including the complete lineup for this year’s Blissfest, go to blissfest.org.