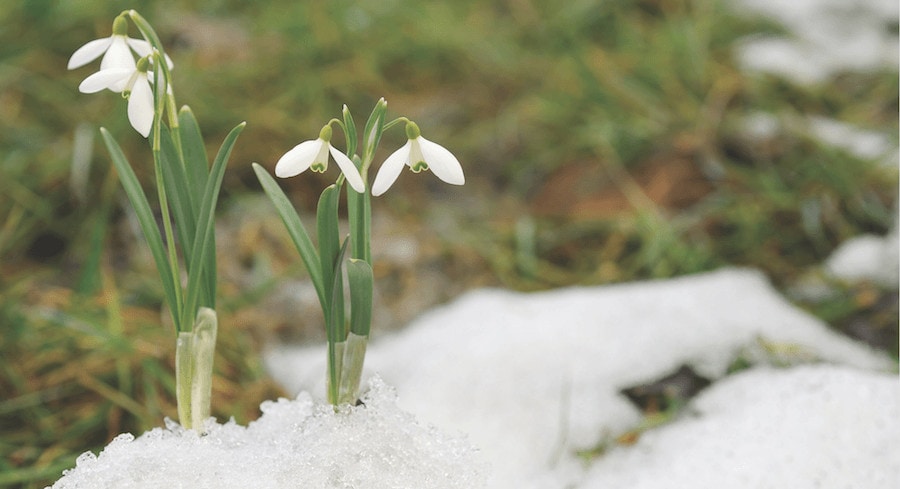 “The most exciting news of the week is that the sisters at St. Joseph’s School have decided that they will begin, with guidance of the priest and permission of our parents, teaching something called sexual education.” Northern Michigan author Anne-Marie Oomen, who resides in Empire, shares this memory from her time at Catholic School in this piece originally published in the April 2016 issue of Traverse, Northern Michigan’s Magazine.

Perhaps we farm kids were more naive than other children of that distant past when not everything about growing up was obvious and exploited. Or perhaps, as we tried to figure things out, we were just how all kids are—doing our best to put it together. We grew up on farms, but there was, for me and my girlfriends, a strange separation between what I saw in animal behavior, and what I suspected for humans.

What I remember: it is that time of cold spring when nothing seems to be happening to bring on the green. For weeks now, the snow on the playground of the Catholic school I attend is still layered, heaped and crusty gray, though no longer accumulating. Winter is poised to die, but spring has not yet picked up the slack. The playground is pocked with ice and gravel kicked up from the plows. The most exciting news of the week is that the sisters at St. Joseph’s School have decided that they will begin, with guidance of the priest and permission of our parents, teaching something called sexual education which is how my girlfriends and I come to be talking about sex—well, as much as fourth graders can talk about sex—in the cold wind on the playground.

Mary Kate and I are sitting at the bottom of the fire escape, staring out to the empty cornfields to the west. Mary Kate is breaking icicles off the steel girders and sucking them even though Sister Fidelis has said they are unclean. Mary Kate doesn’t care; she’s like that. We are talking about where babies come from, and I tell them that my mother has told me about the egg and the sperm. Mom has started what would now be called “home-schooled sex ed.”

Mary Kate says, “I’ve heard about that. What I want to know is how’s it done?”

I put on my best teacher voice and say, “Well, the sperm penetrates the egg,” repeating words that my mother has so carefully said to me.

“And just how the hell does that happen?” Mary Kate asks. No one in my family swears like this, but she does and it makes me feel crazy inside. Her mom drinks beer too.

Jenny says, “My mom and dad say it happens in bed.”

Mary Kate looks at her like she’s not—as my dad would say—a very sharp pencil. “It happens in bathtubs.”

“Bathtubs?” We both stare at her.

“Yeah, my Aunt Hazel, the one who got divorced and can’t take communion anymore, always says that sex is slippery as soap, and that’s the only place where two people and a bar of soap could fit. So there.”

We are silent, feeling the wind coming off those fields, banging against that old school as if everything is about to change, each of us thinking about the bathtubs in our homes. Then Mary Kate’s on it again. “What the hell is penetrate anyway?”

Jenny looks at her. Two hells in one conversation is a lot, even for Mary Kate.

Jenny sounds exactly like our mothers when she puts a stop to this very good talk by saying, “I don’t think that’s our business.”

“Okay, okay, but I just don’t get it.” Mary Kate waves an icicle like the movie stars smoking cigarettes on TV, and matches Jenny’s grown up voice exactly. “I don’t think we have the whole story here.”

They look at me. I don’t want to appear stupid about one more thing but I plow right in, making it up, “I think someone has to push something.” As I say it, I am realizing that this seems true. There is something to this pushing idea that seems right. I am sure of it, but exactly what it is eludes me, because in the lessons my mother used, the man and woman, usually in stick figures, stand next to one another, shoulder to shoulder, and though you can see the body parts, they are not touching. And they are never kissing, which I am pretty sure also has a lot to do with the whole thing.

The recess bell rings, scaring a pair of crows in the trees, and they caw loudly and make a kind of dance to each other. Mary Kate gets up, brushes off her skirt, skips the icicle across the playground toward the boys, and says, “Well, I sure hope we can get to the bottom of this soon.” We walk together through the cold wind, back into the yellow-bricked school, joining all the others, all of us, about to enter the new world. I look up, over the fields in the distance, and see the first plush of green pushing through the snow on one of the hillsides.

Anne-Marie Oomen’s most recent memoir, “Love, Sex and 4-H,” is the third of her rural life trilogy from Wayne State University Press.