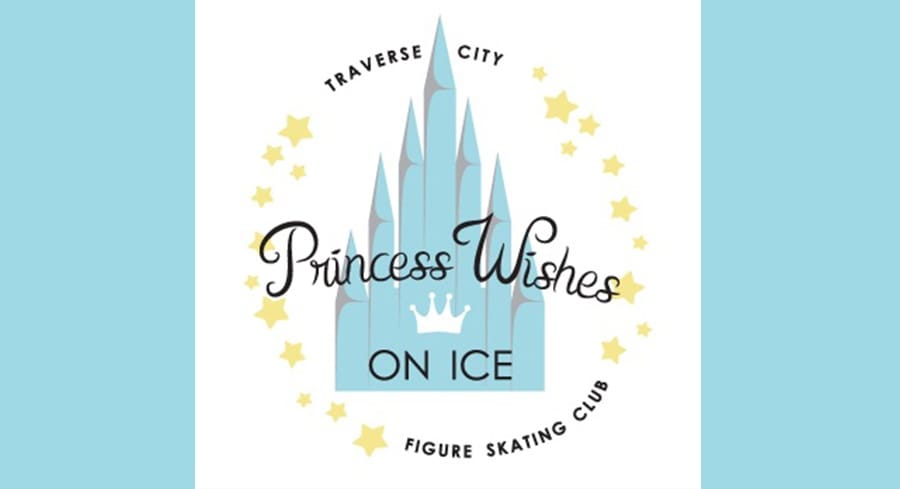 Everyone’s favorite princesses will come to life in Traverse City on the ice at Centre Ice Arena on March 11 and 12 during the Traverse City Figure Skating Club annual ice show, “Princess Wishes On Ice,” presented by Traverse City State Bank. This marks the 41st year for the annual figure skating extravaganza that is one of the club’s most popular fundraisers.

Heidi Masse, with the support of a team of choreographers, will once again direct the ice show that features approximately 100 local and talented figure skaters ages 3 to 18 who will be transformed into the popular princesses Elsa & Anna, The Little Mermaid, Sofia the First, Cinderella and many more through spectacular costumes, set design and lighting. Featuring songs from Frozen and other classics, each beautifully choreographed skating performance will transport the audience to a magical place and time where wishes always come true.

“We want to make this year’s ice show more interactive for the audience,” says Patty Davies, the advertising and marketing director for the Traverse City Figure Skating Club. “We’re really encouraging little ones to dress up as their favorite princess or prince. We’re even selling sparkling tiaras and wands on site to enhance their costumes.”

After the show, kids will be able to participate in a meet and greet photo opportunity with the cast of princesses for just $5 per picture, even for groups of kids that want to get their picture taken together with the cast. Anyone interested in having their child’s picture taken with the cast of princesses can sign up in the Centre Ice lobby before the show or during intermission. Photos will be emailed to the participants. “This is a great way to participate and take home special treasures from the ice show,” Patty says.

This show isn’t just for kids, though. All ages will appreciate the skill, choreography, costumes, music and sets of this spectacular production. New this year, VIP on-ice seating is available to the general public, ages 12 and up, complete with an ice-level view, beverages and snacks.

Standard tickets are $17 and are available at MyNorthTickets.com. For additional show information, a “Princess Wishes On Ice” hotline has been established at (231) 883-6557. Tickets sell quickly and attendees are encouraged to get their tickets in advance, however remaining tickets will be sold at the door before each performance. Floral bouquets for presenting to skaters will be sold on site at each performance as an additional fundraiser.

Get your tickets for the Traverse City Figure Skating Club annual ice show, “Princess Wishes On Ice,” before they sell out! 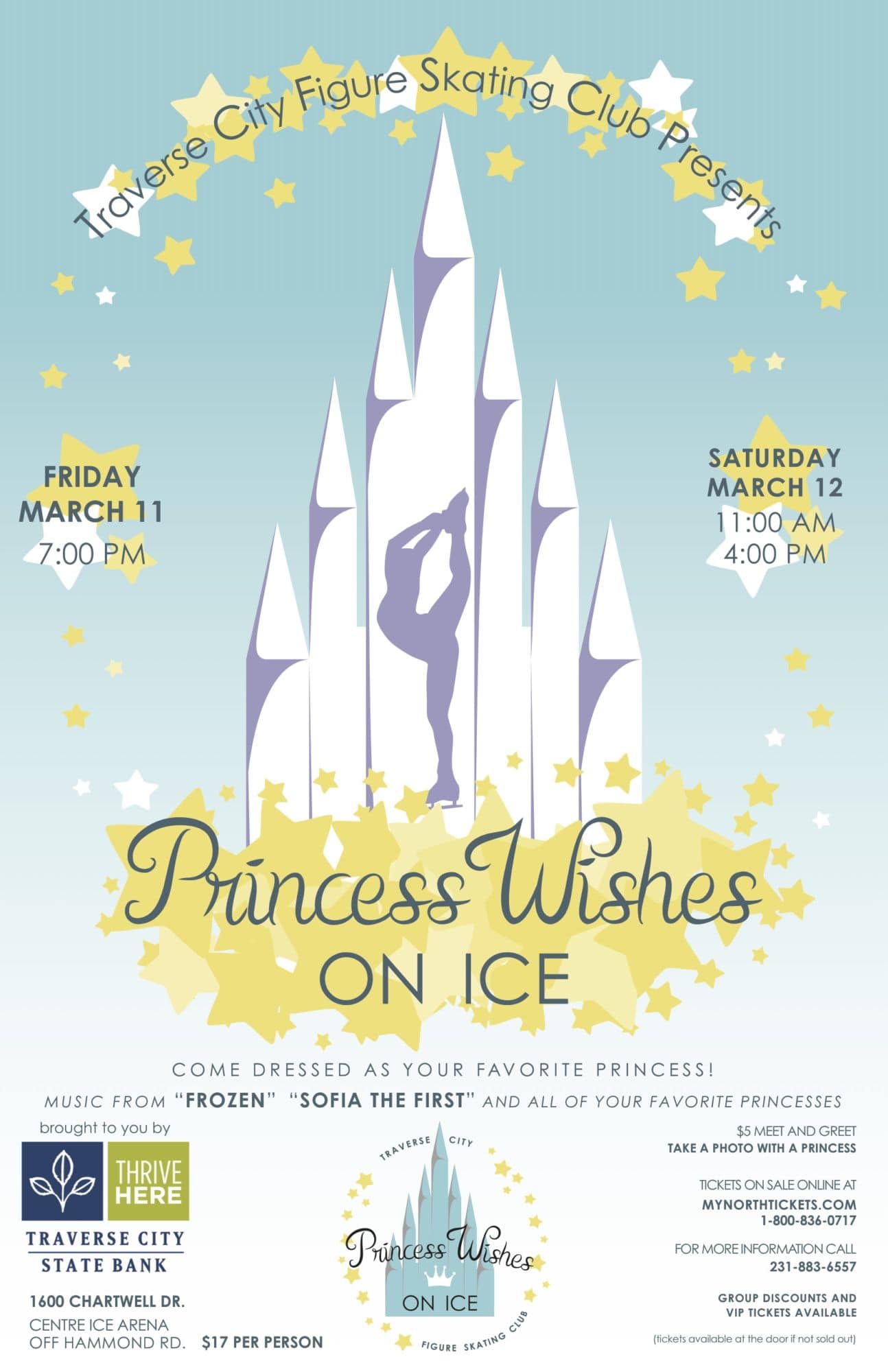