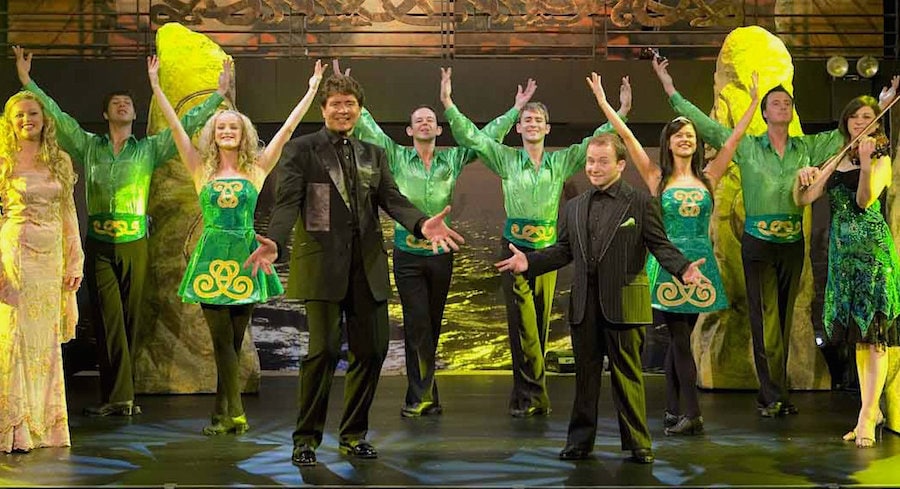 Enjoy an exhilarating and distinctive blend of Irish music, song, laughter, and dance in an evening designed for the entire family. Tony Kenny’s Irish Celebration is internationally known and loved. MyNorth Media’s entertainment writer Ross Boissoneau introduces us to the group, which has an upcoming performance in Roscommon.

Tony Kenny’s Irish Celebration, a revue of several acts from the Emerald Isle

After appearing in various showbands in the late 60s, Tony Kenny and three others formed the Vampires, which became one of the top groups on the Dublin beat scene, even appearing on the same bill as the Beach Boys. He started his solo career in 1972, landing the role of Jesus in Jesus Christ Superstar in 1973, and appeared in numerous other musicals. As the 80s progressed, Kenny mixed TV appearances with a growing involvement in the cabaret scene, where many of the bigger names of the showband era could still draw large audiences. Regular visits to the United States followed, and he began to make annual trips to the States, dividing his time between appearances in the two countries. On St. Patrick’s Day, 1995, Kenny performed at the White House for President Clinton. In 1998, he was honored as Ireland’s “Entertainer of The Year.” Three years later, he was invited to sing the National Anthem at a football game between the Buffalo Bills and Miami Dolphins.

Various pop and Irish musicians and music, including the Chieftains, the Rovers, and Riverdance

While Kenny is the headliner, he’s joined on the bill by others, including his daughter. Singer, dancer, and actor Victoria Kenny was born the night Tony was debuting a new show. Her mother Joan is a legendary Irish dancer and producer. Belfast native Seamus Kennedy is a 37-year veteran of the Irish/Celtic circuit with an encyclopedic knowledge of Celtic songs. He evokes laughter with an endless supply of jokes, stories, and one-liners, then changes gears completely, performing mournful Irish ballads. Dublin Trinity Band, featuring Eimear Reilly and Ciaran Mitchell, is one of Ireland’s busiest folk bands, going from busking on city streets to playing at the National Concert Hall. Members of the Dublin City Dancers have performed in such troupes as Riverdance, Lord of the Dance, Dance of Desire and Battle of the Dance, and traveled the world performing the native dances of Ireland.

“Tony is famous for his easygoing tenor style. His versions of ‘My Son,’ ‘The Prayer,’ ‘Lady of Knock,’ ‘A Little Bit of Heaven’ and ‘Ireland’s Call’ make his Irish music albums best sellers – both in America and in Ireland.” – DaraRecords.com

“I’d see the dancers putting on their costumes and make-up, which made me think from an early age that I’d like that sort of life.” – Victoria Kenny

Get your tickets for Tony Kenny’s Irish Celebration at MyNorthTickets.com.