Shadows of the 60’s High-Energy Performance in Roscommon 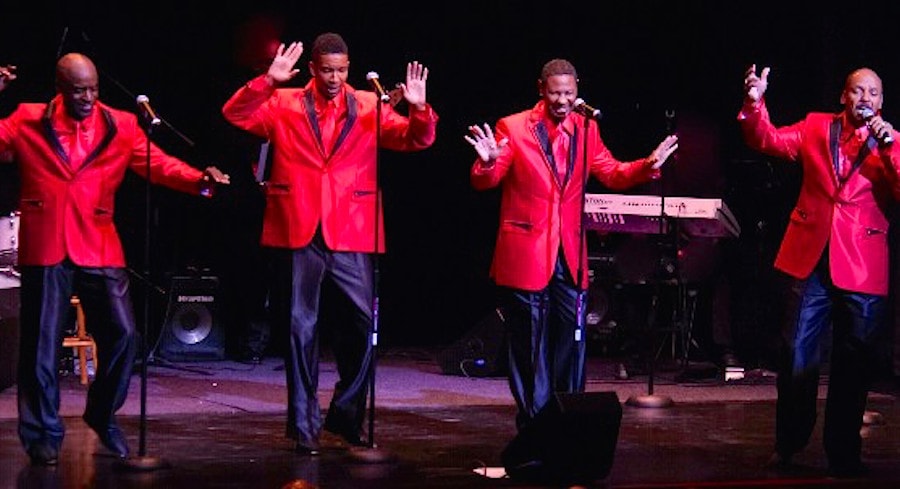 You’ll be dancing in the aisles with Shadows of the 60’s, a tribute to Motown’s supergroups: the Temptations, The Four Tops, and the Supremes. On Saturday, April 9, the Kirtland Center for the Performing Arts hosts the  three-group tribute at a Roscommon event filled with excitement and energy. MyNorth Media Entertainment Writer Ross Boissoneau gives us the background on this tribute show.

Shadows of the 60’s, a tribute to the Motown supergroups.

From 1961 to 1971, Motown had 110 songs in Billboards Top 10. Among the many hit-making groups on the label’s roster were the Supremes, the Four Tops and the Temptations. Dave Revels founded Shadows of the 60s to take listeners back to those halcyon days. Revels himself performed for years with the Drifters and the Persuasions, two other groups whose r&b/pop stylings helped define the sound of the 60s and 70s. Here he has enlisted a large troupe of musicians to recreate the music of Motown hitmakers note for note. Of particular note is Revels’s tribute to the Four Tops. Not only was he a long-time admirer of Levi Stubbs, the lead vocalist for the Tops, as a member of the Drifters Revels opened for the Tops on numerous occasions. Both groups were part of the 1985 NBC special “Motown Returns to the Apollo,” along with the Temptations, the Manhattans and the Cadillacs.

On a number of Motown hits from the mid- to late-60s, especially those penned by the songwriting team of Holland-Dozier-Holland, the various artists and groups on the label were backed by a female group called the Andantes. Mary Wells, Marvin Gaye, Martha and the Vandellas, the Supremes, and the Four Tops were among those who used the trio. This show therefore includes female backing vocals for hits by the Four Tops, such as “Baby I Need Your Loving,” “I Can’t Help Myself (Sugar Pie Honey Bunch),” and “Reach Out I’ll Be There.” The show also encompasses a number of costume changes and features numerous vocalists and instrumentalists. The music is all done with the original arrangements and the original keys to make the show as authentic and engaging as possible.

“Shadows of the 60’s … exceeded our expectations in every way from beginning to end. The performance itself was very entertaining.” – Sally Palao, Adminstrator, Ogdensburg Command Performance Series

“It’s a high-energy evening filled with music from Motown, stunning costumes and dazzling choreography. The performers had each audience member on their feet dancing in the aisles!” – Debbie Dunn, Cultural Arts and Events Manager, Garner Performing Arts Center

Tickets start at $32. Buy them at MyNorthTickets.com.