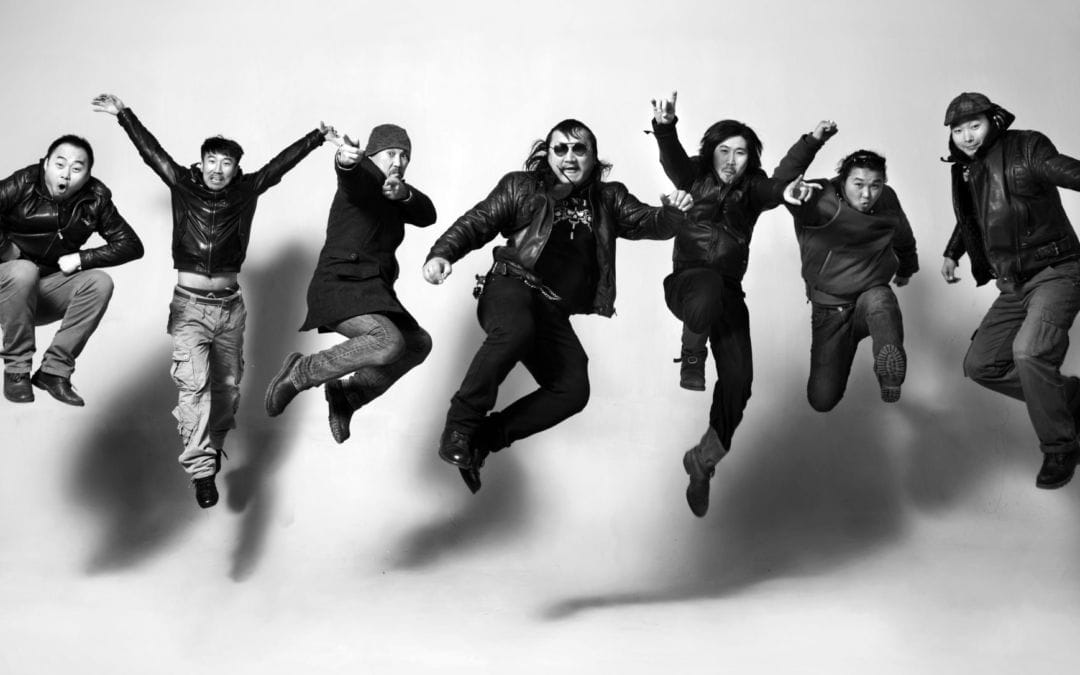 Rocking Chinese folk group Hanggai returns to the Dennos Museum for a Traverse City event April 9. MyNorth Media entertainment writer Ross Boissoneau tells us more about the group before their performance, which will also be Gene Jenneman’s last show as the concert producer in the Milliken Auditorium.

How the Group Got Its Start

Bandleader Ilchi was in a Chinese punk-rock group when he became enthralled with the Mongolian art of throat-singing, allowing the artist to sing two notes at one time. He soon combined his love for thunderous rock with his newfound interest in native folk music in the band Hanggai. The group mixes vocal harmonies, traditional Mongolian/Chinese instrumentation and arrangements that fit into the “indie” métier. Add to that Western instrumentation on their recordings and you’ve got a wholly original group that still manages to appeal to audiences around the globe, despite the fact the songs are sung in Mongolian.

Hanggai has recorded three CDs and performed at the Kennedy Center in Washington D.C. and Lincoln Center in New York. The group has also been featured at Lotus Festival, the Chicago World Music Festival, WOMAD, and the Wacken open air festival, Europe’s largest metal festival. In 2015 Hanggai won Sing My Song on the Chinese National Television Network CCTV, the equivalent of The Voice on American TV.

When the group performed at Dennos in 2009 the members stayed for three days. Ilchi fell in love with the area and is flying his mother, wife and three-year-old daughter to Traverse City from Beijing to join them on the end of this current tour in the USA. They will spend a week vacationing here.

This Traverse City event will be also Gene Jenneman’s last show as the producer of concerts in Milliken. The director of the museum since it opened 25 years ago, Jenneman will be turning over production duties to auditorium manager Jack Conners, who also serves in that role for the Manitou Music Festival in Glen Arbor in the summer. Since booking the group on its first stateside tour in 2009, Jenneman has become a friend as well as a fan of Hanggai, traveling to China to hear it perform, and to NYC where he was serenaded from the stage for his birthday. Also among the group’s fans is City Commissioner Gary Howe, who first saw them in China while on a trip abroad.

“Hanggai are the tip of a metal-infused iceberg in Mongolia, the best of a strong local tradition of rock.” – The National, Abu Dhabi Media’s English-language publication

“Once the leader of the punk band T9, (Ilchi) raged in profanity-laden songs about the frustration of modern life. But his direction changed, and he now serves as one of the leading forces pushing a folk-music revival.” – NPR