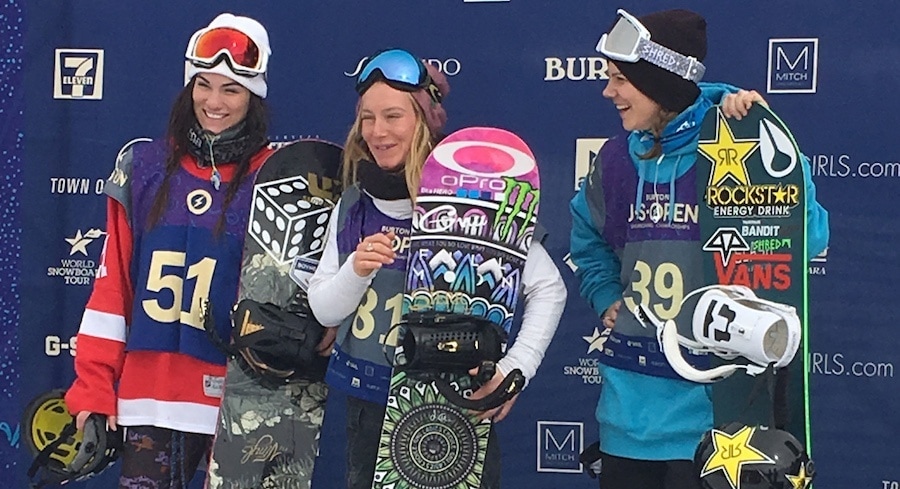 Northern Michigan Olympic snowboarder Karly Shorr is coming back to Boyne Mountain where her incredible story first began. The 21-year-old has topped podiums in worldwide competitions, is a member of the U.S. Pro Slopestyle Snowboard Team, claimed a solid sixth place finish in Sochi, and, recently, took second at the Burton U.S. Open in Vali.

You can hit the parks with Karly during Ride with Karly Shorr Weekend on March 26 and 27 at Boyne Mountain. There will be two sessions: 1 to 4 p.m. on March 26 and 9 a.m. to noon on March 27. Each session includes a meet and greet, an hour and a half of riding, and an autograph and photo session. The event is free, but space is limited. Register in advance here.

“Karly began her riding career at Boyne Mountain, and we couldn’t be prouder of her,” says Erin Ernst, director of communications at Boyne. “She’s having her best snowboarding season since finishing 6th overall at the 2014 Sochi Winter Olympic Games. This is her third 2nd place finish on the 2016 elite international pro level, only behind her teammate and Olympic gold medalist Jamie Anderson.”

Karly, along with the U.S. Team, are in China for the final event of the 2016 World Snowboard Championships, which runs from March 9 to March 16.

Those wanting to lodge at Boyne Mountain during the Ride With Karly Shorr event can call 866.759.1472 and mention code KSHORR for a discount.

We talked with Karly Shorr about her first time going to the Olympics and how she got her start at Boyne Mountain. Check out what she has to say about her experiences.