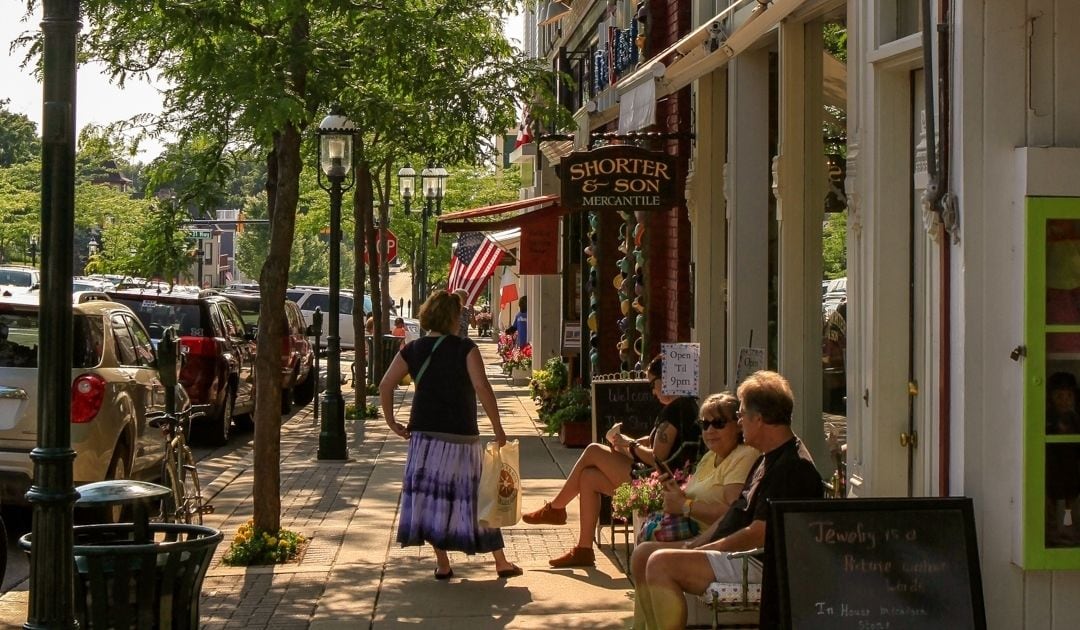 In 2013, Petoskey, Michigan was rated by the Smithsonian Magazine as one of America’s Best Small Towns, which isn’t surprising to visitors or residents. With breathtaking natural beauty, a fantastic shopping district and food that will have you licking your plate, this Lake Michigan shoreline community is worthy of the praise. Check out these Petoskey attractions on your next Northern Michigan vacation.

Housed in a stained-glass-filled, former Methodist church built in 1890 in the heart of downtown Petoskey, this gallery, educational center and performance space is a hub for creativity and arts in the Little Traverse Bay Area. Take a pottery class or listen to one of their lectures. Their events calendar is filled with opportunities for the art enthusiast.

For 22 years, Ernest Hemingway summered with his family in Petoskey. Now, fans of the Nobel-Prize winning author can visit the same spots he did such as Horton Bay General Store and Stafford’s Perry Hotel. Each year, the Michigan Hemingway Society hosts a Hemingway weekend featuring speakers, readings, exhibits and tours of Northern Michigan sites where Hemingway spent his summers.

The museum is located in the former Pere Marquette Railway Depot, which was built by the Chicago and West Michigan Railroad in 1892. It features a collection of images and artifacts from around the Little Traverse Bay region including letters from Hemingway, Odawa baskets and a Victorian Parlor. 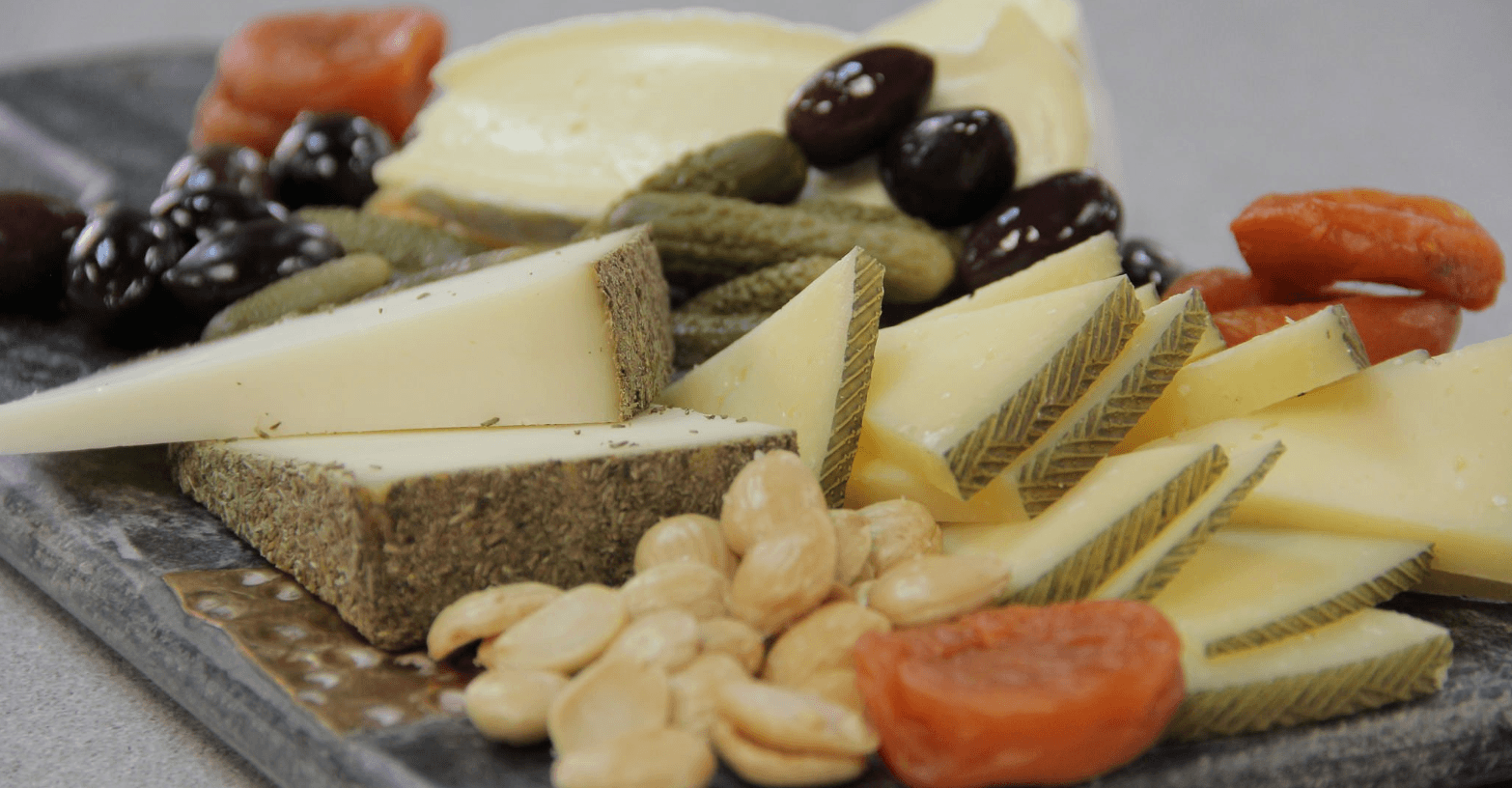 This local favorite is famous for their fresh baked goods, homemade soups and savory sandwiches. It’s a great stop for the breakfast and lunch menus or a quick treat. Try their grilled ham and brie, a chocolate meteor torte or the spinach pie. Julienne Tomatoes loves Petoskey, too—it supports 20 Michigan companies and 15 local farms.

Petoskey is the original location for this Michigan treasure. Famous for their fruit preserves, American Spoon is a destination for those in need of a taste of true Northern Michigan flavor. Their artisanal fruit products are still prepared in small batches in copper kettles with wooden paddles. Located in downtown Petoskey on East Lake Street, stop by for their delectable creations such as their sour cherry spoon fruit and apple cider grilling sauce.

Home to some of the best cheese in the North, Petoskey Cheese stocks over 60 domestic and international cheeses, which 22-year-old owner Katie Potts seasonally curates. Stop by to pick up a few of your favorites and try something new. Then learn how to make a cheese plate in this MyNorth Media video.

Since 1956, this family-owned specialty grocery store has been a destination for wine lovers and foodies. The wine cellar downstairs is home to 400 carefully selected bottles, and upstairs you’ll find Michigan products along with gourmet items from around the world. You can also grab a sandwich and soup from the deli. The store is located near the corner of East Lake and Howard Streets.

The gaming floor itself is 50,000 square feet and features 1,200 slots, dozens of table games, a high-limit room and a dedicated Poker and Blackjack room. You can stay for the night at the Odawa Hotel, which was recently renovated and features 127 rooms, 10 luxury suites and an indoor pool and hot tub.

Each summer, the Aten family welcomes visitors to Concerts in the Barn. The intimate concert venue hosts bands such as the Moxie Strings, Trina Hamlin and Moors & McCumber. Check here for the schedule. If you don’t get a seat there is plenty of room for blankets and lawn chairs. 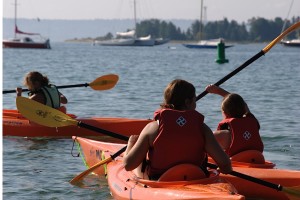 Bear River Valley Recreation Area’s recent $2.4 million facelift included returning a spectacular stretch of the Bear River to its natural, wild state. The result is one of Lower Michigan’s few true whitewater experiences with challenging drops and rapids to thrill experienced paddlers. Beginners can put in at the Mitchell Street launch.

This year-round resort is located slightly north of Petoskey. It was named one of “Twelve Underrated Ski Resorts in America” according to Condé Nast Traveler’s 2014 Readers’ Choice Awards. In the winter, hit the slopes on skis, a snowboard or a tube. In the summer and fall, go on a zip line adventure, horseback riding in the woods or spend the afternoon golfing.

A visit to Petoskey State Park—a wildly beautiful oasis of dune, forest and crystalline bay water—is a must for beach and nature lovers. Although just minutes from downtown Petoskey and Harbor Springs, the park’s dune-backed beaches feel miles from anywhere. Pick your own quiet spot in the sun or stroll the shoreline on a photo-safari search for Michigan’s protected Pitcher’s thistle plant, which grows only on Great Lakes coasts. 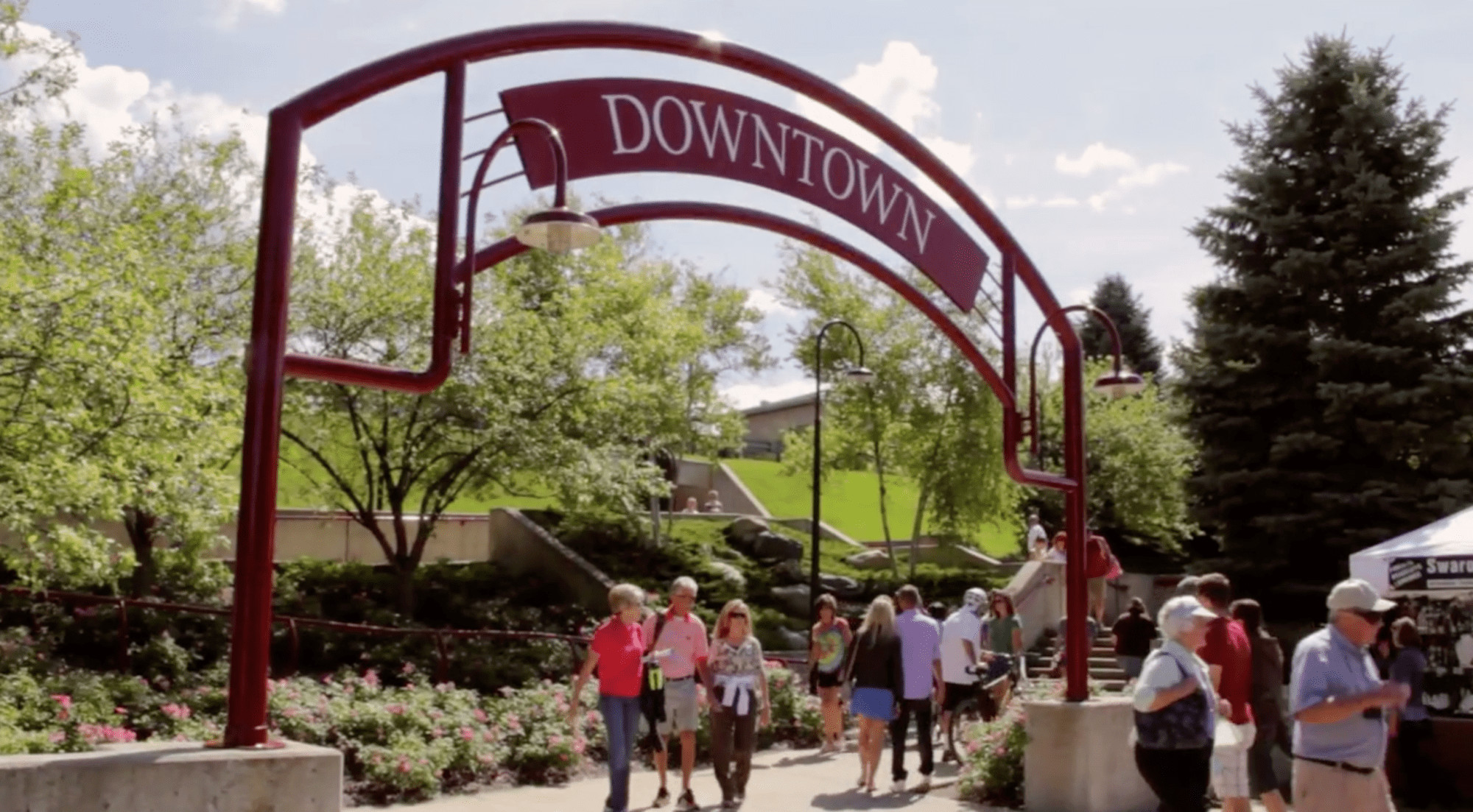 This century-old historical shopping district was named for the historic gas lamps that line its streets. With nearly 200 independent shops, boutiques, art galleries and restaurants, you can spend the entire day exploring this eclectic smorgasbord of stores in downtown Petoskey. Find a nook in McLean and Eakin, know for its cozy atmosphere and a big selection of Michigan reads, or release your inner kid at The Rocking Horse Toy Company.

Many of the amenities of this bay-front resort community are exclusive to its residents, but the downtown strip which has boutiques, galleries and restaurants, is always open to the public. Stay at the Inn at Bay Harbor, home of Ginger Zee’s wedding or just spend the day exploring the brick-paved streets of the village.

Petoskey has stepped up its game in the last couple of years, adding great taprooms like TAP 30, Beards Brewery and Petoskey Brewing. Each brewery has its own atmosphere, its own recipes and its own story about people who love good beer. Despite their differences, they all share a passion for quality and creativity.

These local hotspots don’t just offer gulp-worthy grog, though; they’ve got some great grub too. Try a Brew Dawg and the Hopscenity IPA at Petoskey Brewing or the creamy mac-n-cheese with a hint of garlic at TAP 30. Be sure to check Beard’s website to see when the Grizzly Adams will be on tap — it’ll put hair on your face. 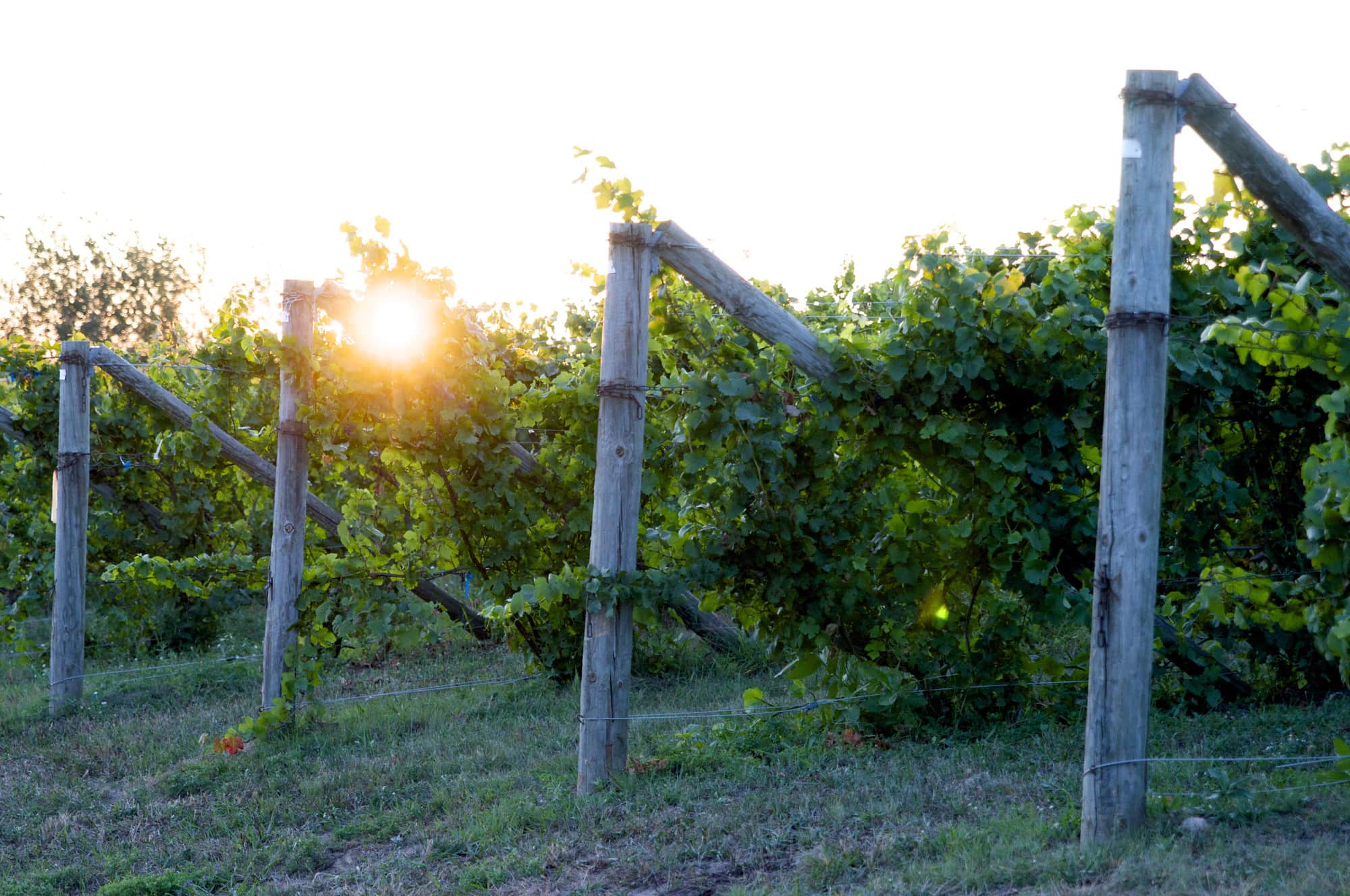 Not only are the people of Petoskey focused on local pints, they’re also known for their local wineries. As you pass rows upon rows of grape vines it’ll be hard to resist stopping somewhere for a bottle. You can sample the wines of Mackinaw Trail Winery at their tasting room in downtown Petoskey. The Petoskey Farms Vineyard & Winery is just 3 miles east of downtown. Sit on the patio overlooking rolling hills and taste their selection of red, white and fruit wines.

If you’re looking for something a little different stop by Maple Moon Sugarbush & Winery, America’s first and only maple winery. The rare wines with maple tones and a cream finish are a must-try when you’re in the area. It’s hard to just pick one winery to stop at, though. Grab your friends and take a day exploring nine wineries on the Bay View Wine Trail.

Check out this MyNorth video for an inside look at downtown Petoskey!