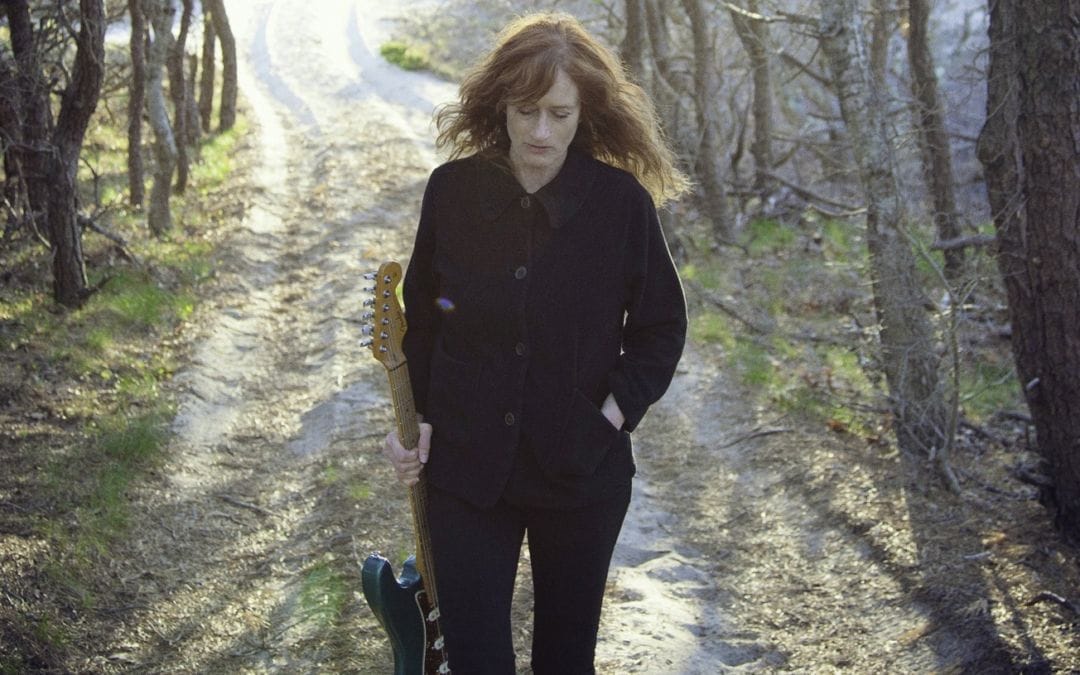 An adventurous guitarist and vocalist is returning to Northern Michigan to perform a Boyne City event. On Saturday, March 26 Patty Larkin will take the stage at Freshwater Art Gallery, entertaining an audience with her folk style including overtones of jazz, pop and blues. MyNorth Media entertainment writer Ross Boissoneau introduces us to the artist.

For Patty Larkin, writing and recording are necessary for performing, and vice versa. “They’re different animals. I write in order to perform,” she said. “When I’m in the thick of the recording process it’s really fun.” So the timing is good: The much-lauded entertainer is currently in the midst of creating a new recording, which she will be taking a break from when she performs at Freshwater Gallery later this month.

Over the course of her career, Larkin has seen the enormous changes wrought by technology in the music industry. She believes the downturn in traditional labels and the support and distribution channels they offered musicians is balanced by the ease with which artists can communicate with their audiences. “I feel it’s kind of an ‘Anything goes’ time. The technology (improves) the ease of recording and mixing. And you can get music out to people immediately,” she said.

She credits a number of musicians with influencing her. Perhaps not surprisingly, many of them are stars from the British folk tradition, while others are American pop musicians. You can hear both strains in Larkin’s own music. “Richard Thompson is a guitarist I admire greatly. Bruce Cockburn – I’ve toured with him. Vocally Jonatha Brook and Linda Thompson. John Martyn. Growing up, Joni Mitchell, Bonnie Raitt, Paul Simon.”

One of her most rewarding albums was also one of the most unusual. To celebrate her 25th year as a professional musician, she invited many of the musicians she had recorded or performed with over the years to add their touches to her music. She sent them spare, acoustic versions of some of her favorite songs, and gave them carte blanche to add whatever they wanted to. The resulting 25 was well-received by both critics and fans. “I wanted to do something extra-special. I thought of people I’d worked with, good friends. I’d also had requests for acoustic versions of my songs. I did the whole thing as duets and asked friends to join me. I emailed the project to them.”

The list of guests was impressive: Roseanne Cash, Shawn Colvin, Chris Smither (coming to Freshwater next month), Suzanne Vega. Some added harmony vocals, others instrumental touches. Nothing was off-limits: Martin Sexton whistled. Jonatha Brook played toy piano. Singer-songwriter and guitarist Erin McKeown added breathy vocals and an organ part – and Larkin didn’t even know McKeown played keyboards. David Wilcox, a singer/songwriter from Asheville, N.C., told NPR that Larkin’s hands-off approach made the collaboration fun. “She said, ‘Do whatever you want,’” Wilcox said. “To have that kind of openness made you come to the song for answers.”

Larkin performed at Freshwater a couple years ago, and she is looking forward to returning to play at the cozy art gallery and concert space. “I was surprised when I first played there. The people have great spirit.”

How She Got Her Start

Born in Des Moines, Iowa, Larkin grew up in a musical and artistic family in Milwaukee. Descended from a long line of Irish American singers and storytellers, she learned at an early age to appreciate the beauty and magic of the arts. She took piano lessons as a youngster, and after being swept up in the sounds of pop and folk in the 60s taught herself guitar, experimenting with songwriting in high school. Larkin sang throughout high school and college, starting out in coffeehouses in Oregon and San Francisco. Upon graduation from the University of Oregon, she moved to Boston and devoted herself to music, busking on the streets of Cambridge and studying with area jazz guitarists. She began recording in the mid-’80s for Philo Records.

Folk with overtones of jazz, pop and blues

“Larkin’s delicate yet expressive alto probes matters of the spirit and soul … She pulls listeners in with mantras and searching, Zen-inspired phrases, but brings it down to earth with moments of gentle ache and sweet joy.” – Associated Press