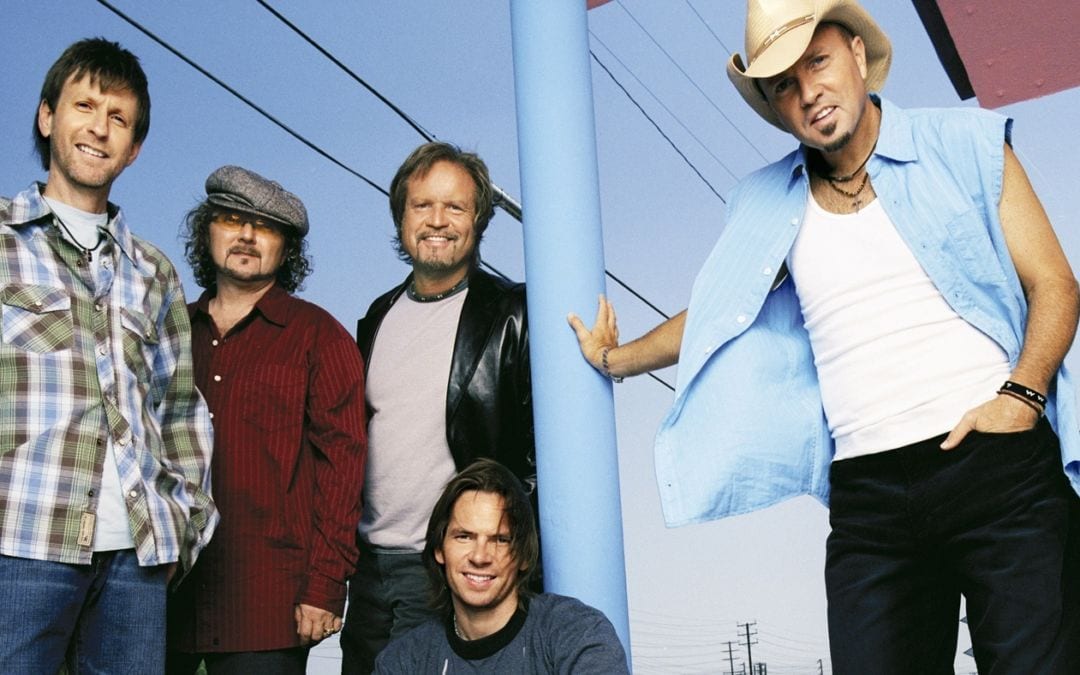 When country music star Don King retired from the road in 1981, the members of his band decided to soldier on. Naming themselves after the street near where they rehearsed, Sawyer Brown played as much as possible in hopes of attracting an audience and a record label. They decided to pursue a spot on the television show Star Search in hopes of getting a good videotape of their audition as a marketing tool. To their surprise, they won the competition, with a grand prize of $100,000 and a record contract.

Since then the band has released some 16 albums, more than twice that many counting compilations and live recordings. They’ve also garnered numerous awards and a boatload of hit songs. After more than three decades, the band is still going strong, with a sold-out show at Manistee’s Little River Casino Resort April 2.

Songwriter and keyboard player Gregg “Hobie” Hubbard has been a part of it since the start. He spoke with MyNorth Media entertainment writer Ross Boissoneau about the band’s career, influences and why the group continues to record and perform.

After all these years and success, what keeps you going?

How have the changes in the music industry affected the band?

I don’t know that it changes how we approach it. It has changed the way people get music. We still want to make sure it (the music) connects with you. The rest of it is out of your hands as it always has been.

The technology has changed. It’s more about how the music is received. If you’re a record label recovering your money one song at a time rather than ten songs at a time, it changes things.

How would you describe your music?

I think we’re having as much fun as ever. The whole goal of the live show is you want people to have a good time. People have enough stress in their lives.

How have the audiences changed?

I think we see an interesting mix of people who have grown up with the music and people who heard the songs (from their parents). The live show is about an empathetic experience … something being said in there that connects to you.

What artists have influenced you?

Growing up I was a child of pop radio. Elton John, Billy Joel, the Eagles, Carole King, the Beach Boys. I loved people who wrote their own songs. If you grew up in the South, (you heard) country music. From my parents, singers like Tony Bennett and Rosemary Clooney, the Great American Songbook. My listening taste can be divided into two categories: Stuff I like and stuff I don’t. It’s all subjective.

The same for the band?

All of that goes into the mix. We weren’t afraid to be ourselves. It was different in the 80s – we heard everything. Whatever the music is you don’t want to cheat yourself. You want to be honest. The audience knows what’s real and what’s not.

What about new music? (The band is currently recording a new album and has a new single available for listening on its website.)

It never gets any easier. We want to make sure it feels right and lives up to who we are. It’s good pressure for us.

Which do you prefer – performing live or recording music?

Do I have to choose? They’re very different. For immediate gratification, it’s probably playing live. What I love about that is it exists for that moment in time. When you look up and see a bunch of people recording it on their phones, it’s not really what that’s all about. It will never be the same (when looking and listening to it again).

In the studio, it exists beyond that one small moment. It’s a different level of focus. Writing (songs) is the ultimate foundation. That’s got to work, whether it’s our song or someone else’s. In a three and a half minute song you can’t waste any of it. I love writing. It’s an absolute joy.

What comes first, the lyrics or the melody?

There’s no set way to do it. Maybe more often than not there’s a lyrical idea.

You were on Star Search and won. How have shows like that (American Idol, The Voice, America’s Got Talent) changed things?

The only reason for us going on Star Search was to get a videotape for auditions. That took all the pressure off us. Maybe that worked to the good. No one was as surprised as us (when we won).

The advice we’d give is it’s just one stepping stone. All it is is a television show. You still have to deliver after the show. One of the biggest changes is the idea of getting out and building your craft. We’d worked for two and a half years prior to the television show. Once your season (of a TV show) is done, there’s another one. When you’re not in front of that (audience) you have to dig down.

After all these years, why do you still make music? What does it do for you?

We still love making music. We get to travel and work with our brothers. We are doing what we’d hoped to do. It’s incredibly gratifying.