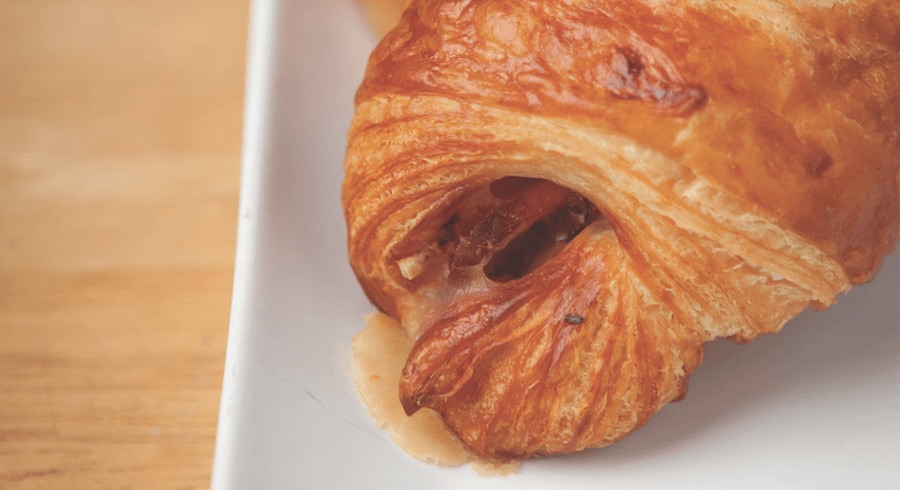 Six food devotees shared some of their all-time favorite eats in Northern Michigan with us for our annual MyNorth Food Finds. In our Food Finds 2016 series, originally published in the March 2016 issue of Traverse, Northern Michigan’s Magazine, discover 42 tasty eats from Northern Michigan foodies. Then you can put their picks on your culinary bucket list and start tasting!

The Buehler-Schudlich friendship formed one summer at Leland’s Riverside Inn, where the then teenage dynamos worked together. Reuniting in the summer of 2003, Cammie, a passionate cook and snowboarding instructor, and Andy, a photography student with hands-on kitchen training, launched Epicure Catering, driven to creating event menus exclusively from Northwest Michigan’s local seasonal produce and proteins. Working within the abundance of local products, Cammie and Andy have created menus inspired by everything from Chinese take-out to Indian-Polish fusion. When they’re not cooking, the pair can be found enthusiastically eating their way around Traverse City and Leelanau County.

Meet The Little Fleet’s co-owner Allison Jonas and watch the Lit Up Alright cocktail be created with this MyNorth Media video.

The North End channels Miami and nails the Cuban with a melty, pickle-studded pile of ham, Swiss and mustard on toothsome bread.

Airy, crunchy and, according to Epicure, the North’s hands-down best biscuits slathered in sausage gravy and topped with eggs. Eat them and go build a barn.

The Redheads will destroy your resolve with their fudgy, eggless rectangles of chocolate sin.

Meet Harvest owner Simon Joseph, and watch how they make Chicharrones in this MyNorth Media video.

One of the North’s only outlets for authentic Indian cuisine, NJ’s slow-simmers chicken with tomato, cream and fragrant spice.

Boss Mouse Cheese (Here’s where you can buy it!)

A staple in Andy and Cammie’s off-duty picnic baskets, Boss Mouse’s well-crafted curds squeak in your teeth and light up your palette with manifold spice.

The Shrub Soda Company (Here’s where you can buy it!)

Sparkling water is infused with the tart and tasty soul of spring rhubarb and an acidic zip from apple cider vinegar. Great for solo guzzling or as a mixer.

A delectably salty core of ham and melted raclette is surrounded by strata of flaky first-rate croissant dough. Paris beware.