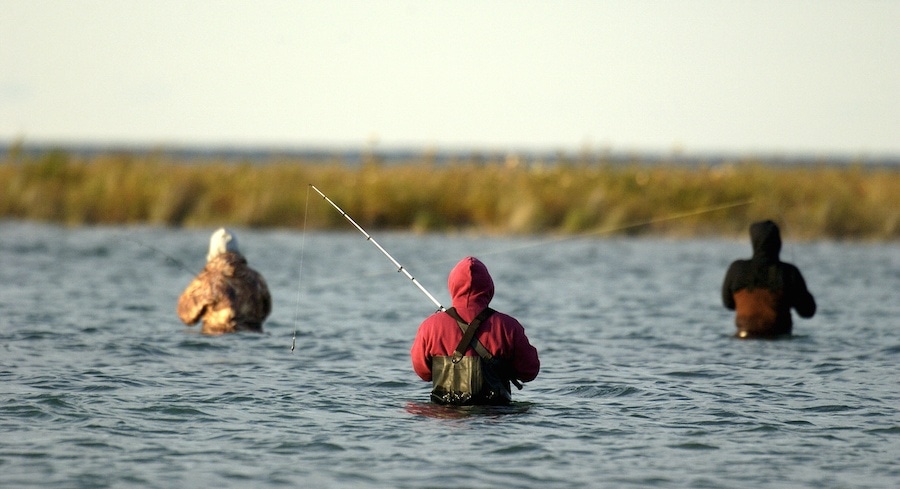 If you live in Michigan or enjoy recreating on the Great Lakes, you’ve likely heard about the controversy on net-pen aquaculture. But if you haven’t, we worked with Jennifer McKay, the policy specialist at Tip of the Mitt Watershed Council in Petoskey on an FAQ about environmentalists’ concerns with Great Lakes net-pen aquaculture.

What is net-pen aquaculture?

It’s a process of growing fish. Young fish start in a land-based facility and are then transferred to a mesh net pen or hard cage structure in a lake or ocean to finish growing.

What’s the debate about?

Has net-pen aquaculture been done in the Great Lakes before?

“While there are some aquaculture operations in Ontario’s Great Lakes waters, the province hasn’t issued a new permit in two decades,” McKay says. “In addition, an operation in Lake Huron’s North Channel was shut down because the huge amount of fish waste it generated triggered algae blooms and created an oxygen-starved ‘dead zone.’ Surveys nearly a decade later found the local environment still hadn’t fully recovered. The Ontario Ministry of Natural Resources also conducted research on two other sites in the early 2000s and found that effluent limits were exceeded outside of the boundaries identified in the permits.”

What are some of the possible risks to the Great Lakes?

According to McKay, proposed net-pen farms would:

Who are the main supporters and opponents of Great Lakes net-pen aquaculture?

Are there other options?

Aquaculture occurs in three basic forms: closed systems, stream flow through systems, and open water net pen systems. While each has its own pros and cons, McKay believes closed systems offer the most viable and responsible means to aquaculture development in Michigan. “Ideally suited to the vacant warehouses plentiful in rebounding cities, these promising ventures recirculate water and capture the waste,” McKay says. “Completely separated from rivers and lakes, these operations can be a sustainable source of nutritious local food and economic development while keeping the Great Lakes and inland waterways protected.”

Has scientific research been conducted on the issue?

Michigan’s departments of Natural Resources, Environmental Quality, and Agriculture and Rural Development co-authored a report released on March 9 recommending that Michigan should ban net-pen aquaculture in areas of the Great Lakes under the state’s jurisdiction. The agencies’ full evaluation can be read here.