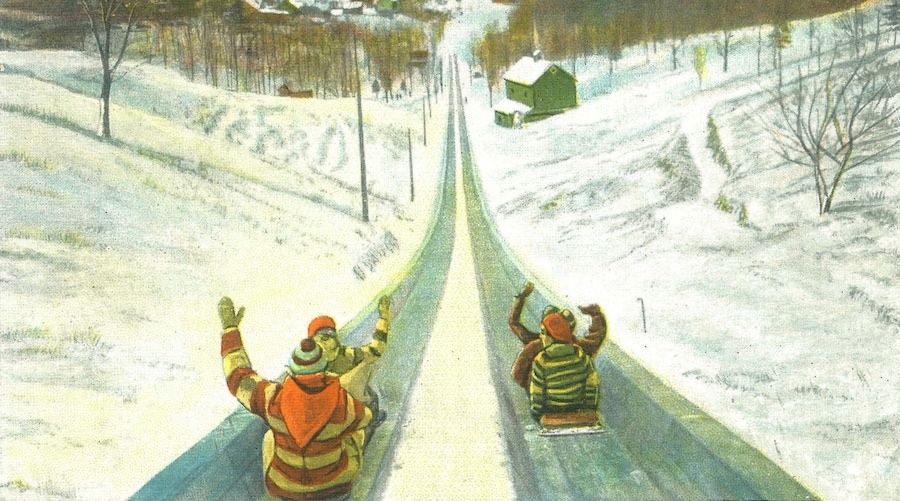 Petoskey will celebrate its 88th year of snowy festivities during the annual Petoskey Winter Carnival. The family event will run from February 11 to February 14.

New this year, teams will compete in a broomball tournament and 30 ice sculptures will be installed in downtown Petoskey. There will also be local favorites such as the Ice Bar, sledding competition, and a ghost walk. The full schedule of events can be found here.

To get into the festive spirit, we talked with Kate Manthei, Petoskey’s downtown promotions coordinator, about the Northern Michigan event.

What was the idea behind the carnival when it was first created 88 years ago?

“By the late 1920s Petoskey was known as Michigan’s Winter Sports Capital and the Winter Sports Park was at the center of activities. A 400-square-foot ice rink was created where recreational skating took place along with speed skating, broomball, hockey and figure skating. The quarter-mile toboggan slide delighted both children and their parents. Overseeing the facilities and activities was the Winter Sports Club, and in 1928 it began the long tradition of selecting a winter queen and over time, the thrones where the crownings took place, grew from modest to major works of beautiful public ice art designed and constructed by local artist Stanley Kellogg.”

How has the event evolved since then?

“In an article from the third annual Winter Carnival, there is talk of a fox hunt and ice masquerade. There were massive toboggans handmade for the event, and they would sled down the middle of Mitchell Street. For years, the event was continued at the Winter Sports Park, and the activities pared down to just sporting events. In the past couple of years, Downtown Petoskey has partnered with the City to start recreating some of the events from the days past. Chances are we’ll never see an organized fox hunt as part of the Winter Carnival, but as the article from 1930 says, “the carnival spirit will hold sway in Petoskey and everything will be done to provide home folks and visitors with a very lively and enjoyable period out-of-doors.” 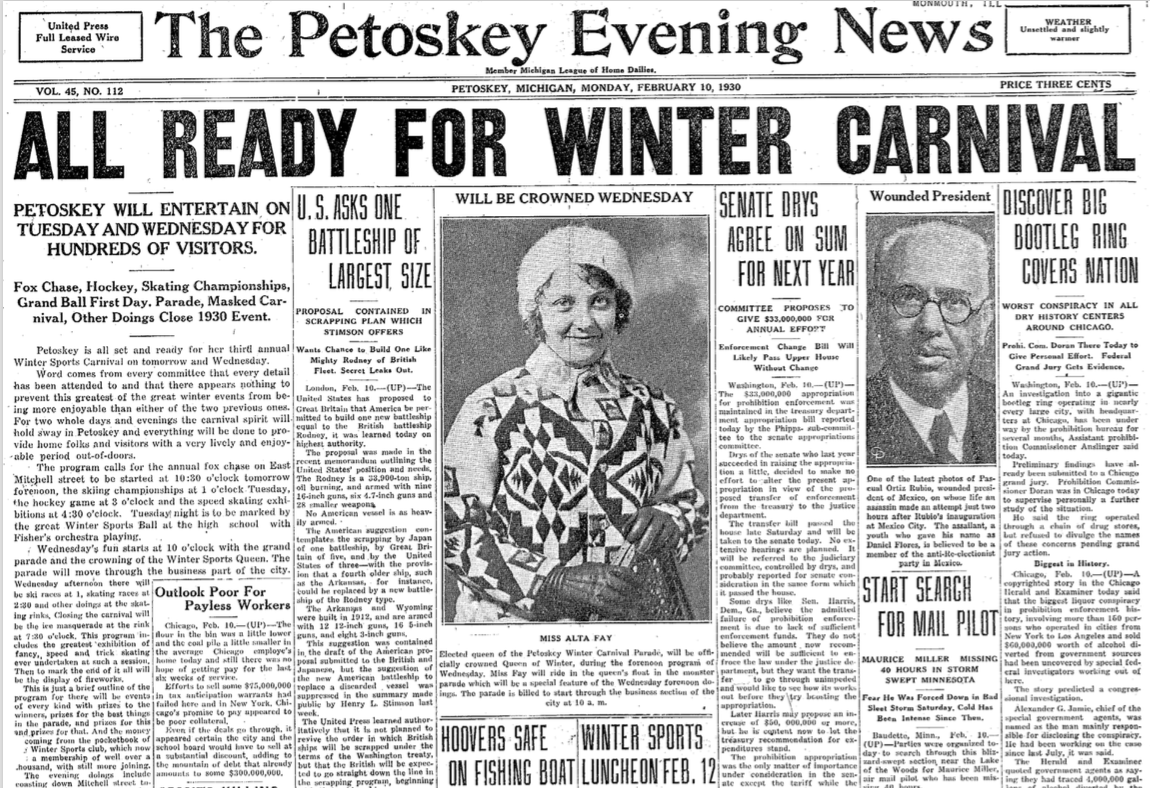 For someone who has never attended the winter carnival, what are the top 3 “not to miss” events?

Who is creating the ice sculptures for this year’s event, and will they follow a certain theme?

“U.S. Ice from Detroit is the company that’s creating the ice sculptures. They will be setting up 30 ice sculptures in front of the stores on Friday, February 12th. There isn’t a theme this year, but each store that sponsored an ice sculpture picked their design. The only live ice carving will be Saturday, February 13th from 1 to 4 p.m. and that ice sculpture will be a throwback to the 1930s when Stanley Kellogg built the world’s largest ice structure at the time. It was a throne that lit up like the aurora borealis and was 125’ long, 80’ high, and used 700 tons of ice from Little Traverse Bay! Our winter throne won’t be on the same scale, but it’ll be a nice nod to the long history of the Winter Carnival.”

The Broomball Tournament is another new addition, is this generating a lot of excitement?

“It’s certainly bringing some fun competition to the weekend! The $10 registration fee is going to support the Tip of the Mitt Watershed Council, and they’re diving into the spirit of the game. They put a team together and are challenging local businesses and nonprofits to step up to the plate and put a team together. Team registration closes this Friday, so there’s still time to enter…and if you need a little extra encouragement, the first place prize is a $200 downtown spending spree!”

What’s special about having a carnival during the winter season?

“Everyone gets a little stir crazy in the winter months, especially with warm spring break plans still weeks away. The Winter Carnival is a fun way to get out of the house and experience your downtown in a new way. We’re excited about having the ice sculptures throughout the downtown, as they’ll create a nice ambiance even after the Carnival is over. With the cold temperatures looking like they’re here to stay for a while, hopefully, the ice sculptures will inspire a few date nights and evening strolls to look at them lit up at night.”

More Going on in Petoskey