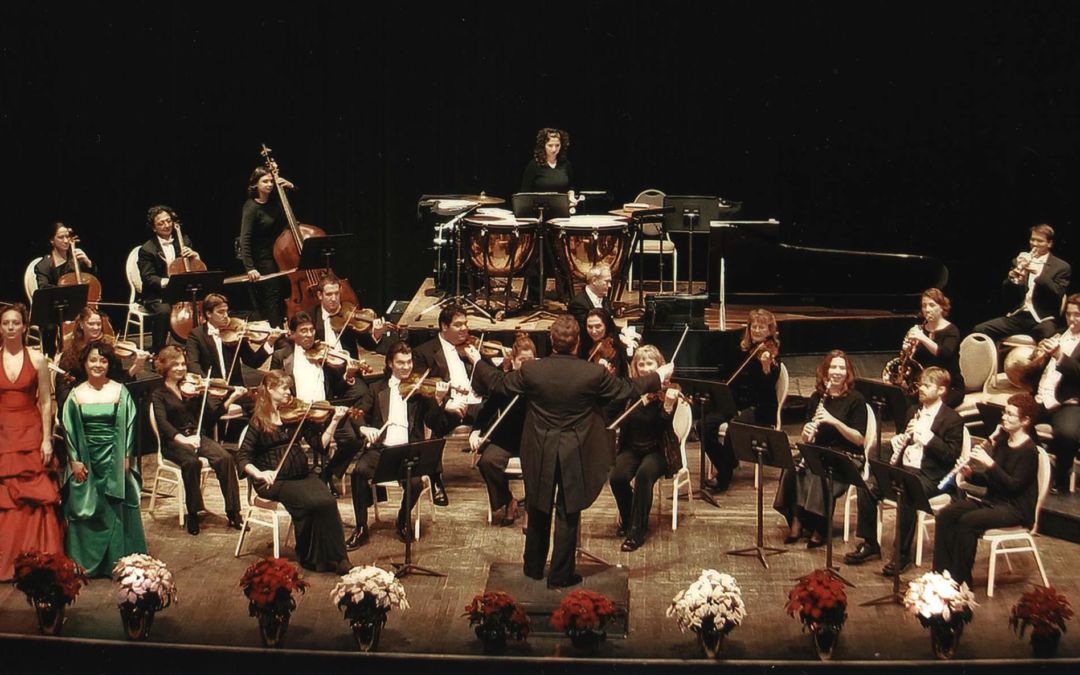 Combining film and music, the Hollywood Concert Orchestra is a touring group dedicated to the performance of music from current films and classics. Their next stop: Northern Michigan. MyNorth entertainment writer Ross Boissoneau tells us about the small symphony making big sounds before the Hollywood Concert Orchestra: Night at the Oscars event in Traverse City on February 18.

Longtime music producers John and Judith Giattino were associated with some of the biggest names in the pop orchestra field, including Percy Faith, Arthur Fiedler, and Mantovani. John was a musical contractor for Columbia Artists and provided touring orchestras for such artists as Rosemary Clooney, Boots Randolph, Chet Atkins, Robert Goulet, and Carol Lawrence. The two also produced a tour titled “A Tribute to Mario Lanza,” featuring MET tenor Thomas Booth.

In 1999, they founded the Hollywood Concert Orchestra, dedicated to performing music movie-going audiences would know and love. The Giattinos believe audiences should recognize and enjoy music, and that an orchestra dedicated to music they were familiar with from the movies was the perfect vehicle to provide that sense of familiarity and delight.

The orchestra is accompanied by vocalists on several selections, and the backdrops further bring back the memories of some of the greatest films ever made.

The orchestra has toured across the United States as well as in China, Japan, Taiwan, and Korea. Known as “the Orchestra of the Stars,” it features its own special arrangements of current and classic movie themes.

Audiences will remember the action and grandeur of films such Superman, Schindler’s List, The Sting, Mission Impossible, The Wizard of Oz, Titanic and many more. From superheroes to Western heroes (including a tribute to John Wayne), the Hollywood Concert Orchestra brings back the sounds of movies that inspired and delighted audiences, from favorites of the 30s to modern-day favorites like The Incredibles.

The group includes symphony veterans from across the country as well as recent graduates from some of the top music schools in America.

“That’s what I love about doing this: making music and sharing it, having that connection with other people.” – Conductor Jason Altieri

“In 2009 I departed from my usual concert schedule to tour with the Hollywood Concert Orchestra … and if I am left with any one prevailing memory it was the nightly gratification of performing with artists of such consummate musicianship.” – Shirley Jones

Tickets start at $35 and can be purchased at CityOperaHouse.org.