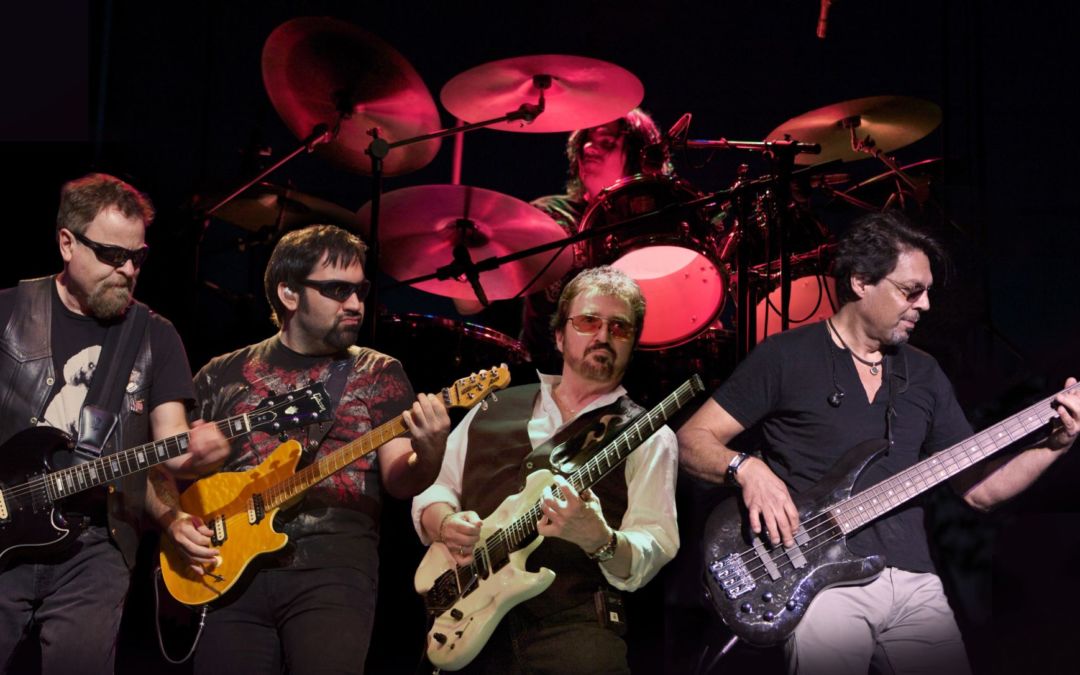 Kasim Sulton has done just about everything in the rock world, from intimate solo shows to performing in front of hundreds of thousands of people. He’s been a studio musician, a touring band member and a musical director.

For the last few years, in addition to his ongoing work with Todd Rundgren (he jointed the Rundgren-helmed Utopia in 1976), Sulton has been playing bass with Blue Öyster Cult. While the hard-rocking band really flourished in the 70s, Donald “Buck Dharma” Roeser, Eric Bloom and company still bring down the house with “Godzilla” and “Burnin’ For You.”

Sulton joined the band, which plays March 5 in Manistee, in 2012. “I’ve known Donald and Eric for years,” said Sulton. “Back in the 70s Utopia and Blue Öyster Cult did a co-billed tour across Canada in the winter. Donald played on my first solo album, Eric came to my solo shows. I filled in with the band when (bassist) Rudy Sarzo had other commitments.” When Sarzo decided to leave the band, they enlisted Sulton fulltime.

Prior to that, Sulton had logged 17 years with Meat Loaf. He played along with fellow Utopia members Roger Powell and Willie Wilcox on the Meat Loaf’s 1977 hit album Bat Out of Hell, produced by Rundgren. Meat Loaf hired him in 1993 as a “utility” band member, playing some guitar, keyboards and singing.

“We had a #1 hit (Bat Out of Hell II: Back Into Hell). We were doing A plus plus touring – four star hotels, private jets,” remembered Sulton. He took over bass and musical director duties when Steve Buslowe left the band, playing on albums like Welcome to the Neighborhood and Bat Out of Hell III: The Monster is Loose. Sulton left the band in 2010 following Hang Loose Teddy Bear, feeling the music was just getting too heavy. “The band was taking a new direction and I didn’t feel we were being true to the original songs Jim (songwriter Jim Steinman) had written.”

In addition to his work with BOC and Meatloaf, Sulton has recorded and/or toured with numerous artists, such as Steve Hillage, Joan Jett and the Blackhearts, Patti Smith, Daryl Hall and John Oates, Rick Derringer, even Shaun Cassidy. He’s released solo efforts and a duo album with one-time Blackhearts drummer Thommy Price.

But he’s most familiar to audiences as the longtime bassist for Rundgren and Utopia. “I don’t know that (association) will ever end. As long as he wants me – I owe my entire career to Todd,” said Sulton, who was just 20 when Rundgren hired him to replace John Siegler in Utopia. With Utopia, Sulton recorded ten albums, as well as contributing to several Rundgren solo efforts and numerous tours.

Asked about his favorite experiences in a 40-year career, Sulton recalls one of his first appearances with Utopia. “The show I remember most vividly, right after I joined we played at Knebworth. It was one of the first big outdoor shows, over 150,000 people. I got to meet Paul McCartney, talk about basses. I got to be on the same bill with 10CC and the Rolling Stones at 20.”

He contrasts that with more recent activity. “Cut to last month, a (Rundgren) show in Atlanta. I came offstage and was just walking on a pink cloud,” he said. “It was one of those where the stars aligned, and you had a great show, a ton of fun playing. You take that with you. Those are few and far between.”

Balancing all this work isn’t easy, as he flits from BOC to Todd to his own career. “I wish I had the luxury of just doing my solo career,” said Sulton. “I don’t have the infrastructure. I have to supplement it,” he said. So he plays with people and bands he admires and likes playing with. “I enjoy the diversity.”

Guitarist Donald Roeser (stage name Buck Dharma), drummer Albert Bouchard, keyboard player Allen Lanier, bassist Andrew Winters and singer Les Braunstein got together in 1967 at the prompting of music critic Sandy Pearlman, who would go on to be the band’s manager, producer and one of its lyricists. (Over the years, other lyricists would include music critic Richard Meltzer, fantasy author Michael Moorcock, and musician/songwriters Patti Smith and Jim Carroll.)

Singer Braunstein left, and Soft White Underbelly (the group’s original name) replaced him with the band’s sound man, Eric Bloom. After a few more temporary names, the group settled on Blue Öyster Cult, though they occasionally played underground gigs throughout the 70s as Soft White Underbelly. The umlaut was added to the O in Oyster to emphasize the group’s heavy, Wagnerian sound.

Its self-named debut album was released in January 1972, and the band toured with artists such as the Byrds, Mahavishnu Orchestra and Alice Cooper.

Bouchard’s brother Joe replaced Andrew Winters, and the band soared to new heights in the 70s. Its metallic overtones were complemented by FM radio hits like “Burnin’ For You” and especially “(Don’t Fear) the Reaper,” a #12 single (and later inspiration for one of Saturday Night Live’s most popular sketches, “More Cowbell”).

As the 80s hit, so did personnel changes, with numerous drummers and bass players coming in and out of the band, along with the departure of Lanier, though he later rejoined the band for a time. BOC went ten years in the late 80s and 90s without a recording contract, but toured relentlessly.

The group’s most recent studio offering is The Curse of the Hidden Mirror from 2001, while A Long Day’s Night from 2005 is the latest in a long line of live recordings.

“(Don’t Fear) the Reaper” is a tune that you cannot tire of. With psychedelic and jangly guitars notoriously lifted from the early Byrds’ back catalogue, this meditation on life and the afterlife is clearly one of the band’s more thoughtful songs, and certainly is arguably their catchiest.” – Pop Matters

“When you’re in a band, you wind up being friends with other bands and artists. It’s funny how we were looked down on by some critics, but we were respected by the punk rock artists they championed.” – BOC vocalist Eric Bloom

Tickets for the Manistee event start at $20, but are reportedly sold out. Check StubHub.com or Craigslist.