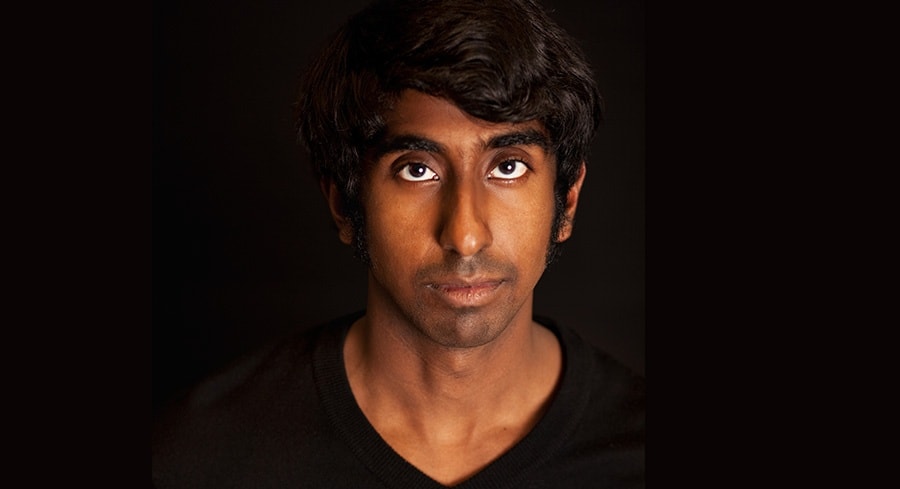 The Dennos Museum Center at Northwestern Michigan College in Traverse City will present Caravanserai: American Voices – A Place Where Cultures Meet on Saturday, February 6 at 8 p.m. in the Milliken Auditorium.

Bagewadi also hails from the Windy City. He earned a Master’s from Northwestern in Voice and Literature. Immediately upon graduation, he made his lead role debut in a production of Mozart’s Don Giovanni in New York City, leading to a residency with Chicago Opera Theater. He led the indie rock band Zamin and has performed across the U.S., Italy and India, singing in 11 different languages.

The name Caravanserai was chosen to evoke the inns in the Far East where caravan travelers would gather after a long day’s journey through the desert heat. They served as cultural melting pots, where patrons could rest while sharing news, companionship, and entertainment. Think of it as a traveling Silk Road, where cultures meet and mix with one another. It’s also the title of the third album by Santana, marking a mélange of blues, jazz, rock and Latin rhythms.

Malley expanded his musical palette by exploring different traditions from around the world, collaborating with musicians from Senegal, Sudan, North Africa, India, Kashmir, Macedonia, Iran, Greece, and Turkey. He currently teaches at the Old Town School of Folk Music in Chicago. While a trained opera singer, Bagewadi has also studied the Hindustani tradition, traveling to Bangalore and working and studying with Hindustani vocalist Nagarajarao Havaldar from the Kirana Gharana. He says the fact an Indian is singing opera still surprises people.

The two musicians will each perform separately before joining forces. Their program includes original music, music with lyrics inspired by modern and ancient poets, little-known soul pieces, reggae, even collaborative pieces written by the two headliners.

This is the first of two Caravanserai performances at Dennos, focusing on Muslim musicians who are combining various genres in their music. The second, coming in April, features Colorado-based hip-hop/soul duo The Reminders joined by a female hip-hop dance troupe led by choreographer Amirah Sackett. It will be emceed by Caravanserai’s Artistic Director, Asad Ali Jafri, performing under his stage moniker, DJ Man-O-Wax. The musical focus is on hip-hop, soul, and funk, home-grown American music forms, viewed through a multi-cultural global lens.

“The beautiful voice of Zeshan Bagewadi, accompanied by guitar and double bass, gave meaning to the Arabic text of a moving lament. The young Chicago native is a talent to watch.” – Chicago Classical Review

“Ronnie is a multi-instrumentalist well versed in a wide range of music from classical Middle Eastern, Turkish, Balkan, Asian, Kashmiri, rock, and everything else in between.” – Intercultural Music Production

Tickets for the Caravanserai Traverse City concert are $20 in advance, $23 at the door, and $17 for museum members. Tickets may be purchased by calling the box office at 231-995-1553, or online at MyNorth Tickets.com.

Purchase Tickets for the Caravanserai Traverse City Event at MyNorthTickets.com!