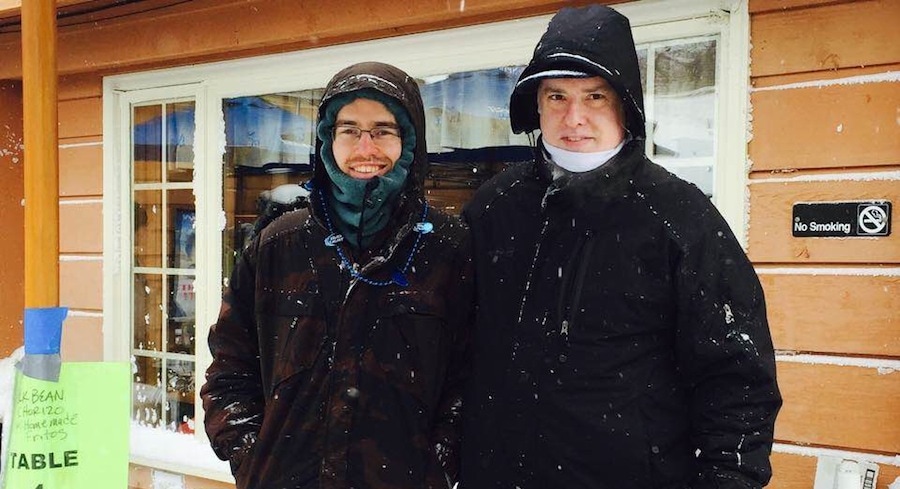 The annual Glen Arbor Winterfest is coming up this weekend on Saturday, February 13. Festivities include the Perch Fishing Contest and the famed Chili Cook-off. The cook-off kicks off at noon at Boonedocks in downtown Glen Arbor. Entrants will compete for bragging rights and a plaque commemorating the event, which is judged by popular vote.

All proceeds from the event go the Glen Lake Chamber of Commerce’s Glen Lake Schools Scholarship Fund. Though the date to enter the cook-off has passed, you can still attend and vote for your favorite chili. Admission is $10 for adults and $5 for seniors (70+) and kids 12 and under. The cost includes unlimited chili samples.

Before the event, we took a moment to catch up with Blu’s Chef Randy Chamberlain who took home first place last year with his son Logan for their black bean and chorizo chili topped with homemade Fritos. It was their first time winning, and Randy is hoping for a second this year.

What’s the recipe for your award-winning chili?

“I don’t have a recipe for the chili. Nearly every soup I make doesn’t, especially with chili since I only make it once a year for the cook-off. Last year’s black bean-chorizo was rather spicy with a homemade mix of chili spices. This year, I’m using local turkey from Duerksen Turkey Farm to make a white bean and jalapeno turkey chili.”

How many years have you entered the cook-off?

“This will be my 11th year. Each year I try different recipes and have fun doing something original and unique.”

How does it feel to be in a community that hosts events like the Glen Arbor Winterfest?

“As a restaurateur, we’re asked to do many events and donate lots of our time, and ineveitably we have to turn away some, but this event is something I really believe in. We’re a small town, and I know a lot of people at the local event from living here, my customers and friends. The funds raised go directly to Glen Lake students to further their education, and I think it’s a great event.”