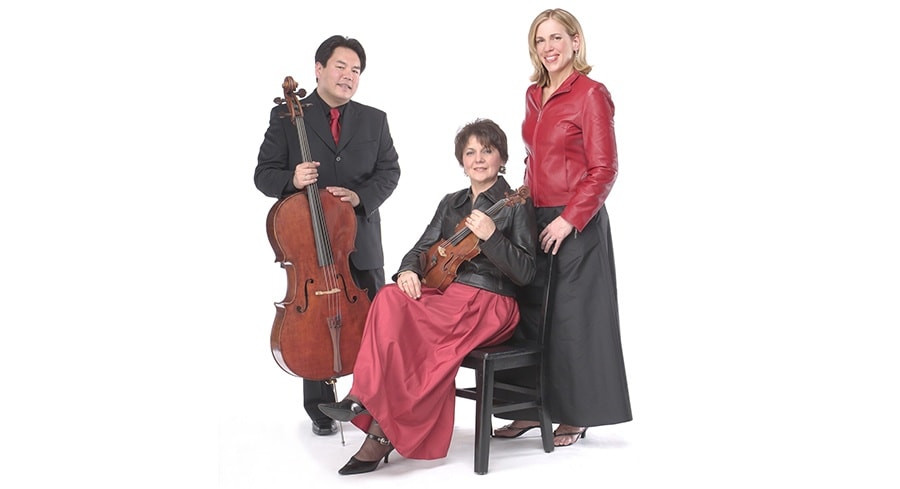 It was also in 1993 that it commissioned and premiered C. Curtis-Smith’s Second Piano Trio. The Merling Trio subsequently performed numerous works by the American composer, including recording an entire album of his works. Both the late composer and the trio served as artists in residence at Western Michigan University, and the Merling Trio is still based there.

The Merling Trio has won numerous awards over the years, including being named a finalist for the Naumburg Foundation Chamber Music Award in 1994, as well as performing individually or as a group with the English Chamber Orchestra, the Honolulu Symphony, the BBC Scottish Symphony Orchestra, the Concerto Soloists of Philadelphia, and the South Carolina Philharmonic, under the baton of such notable conductors as Daniel Barenboim, Simon Rattle, and Christoph Eschenbach.

The Merling Trio has released a number of critically-acclaimed recordings, featuring such composers as Haydn, Mozart, Brahms, Schumann, and Liszt, Piazzolla, Shostakovich and Dvorak.

The group takes its name from the Danish violin maker Paul Merling.

“The Merlings play with a properly stylistic balance between abandon and control. This is an unusual and beautifully played program.” – The American Record Guide

Photo(s) by The Merling Trio