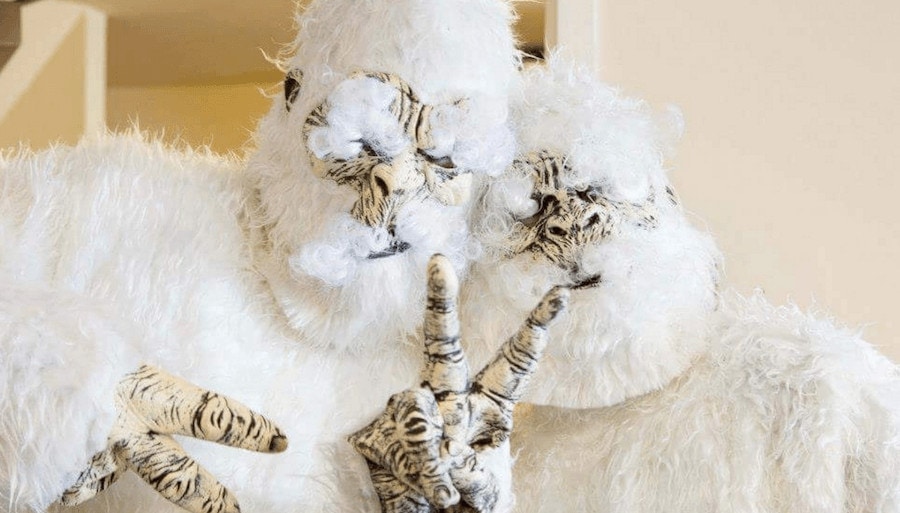 On Saturday, January 30, the Suttons Bay Yeti Fest returns to Leelanau County. The family-friendly Northern Michigan event is sponsored by the Suttons Bay Chamber of Commerce. Yeti Fest, a favorite among locals and visitors, is full of fun activities like the Yeti Scavenger Hunt and the Yeti Stew Cook-Off. Check out the full lineup of events from leelanau.com below!

Do Yetis like the summer? What do Yetis smell like? Do Yetis Have Friends? Join the Suttons Bay Bingham District Library for a family friendly Yeti story time followed by Yeti crafts and snacks and discover the answers to all of your Yeti questions.

Find Freddy Yeti and his friends hidden around town! Pick up a form at any participating merchant to get started. Find all the Yetis to be entered to win the Grand Prize!

Featuring “Harry and the Hendersons” — While returning from a trip in the woods, George Henderson (John Lithgow) and his family run into something with their car that turns out to be Sasquatch. Thinking the creature is dead, they take him home, but “Harry” (Kevin Peter Hall) soon awakens. Despite their initial fears, Harry is a kind and sensitive being, and the Hendersons become very fond of him. However, it is difficult to keep him a secret, and soon they begin to fear for Harry’s safety.

Six participating area restaurants battle it out for the best stew at Hop Lot Brewing Co. There will also be a Snowman Building Contest.

Friends of Fine Arts (FOFA) is hosting its 5th annual fundraiser “Suttons Bay Variety Show” as the grand finale to this year’s Yeti Fest in the school auditorium. Tickets cost $5 for adults, $3 for students, or $10 for the whole family. The 90-minute family-friendly show will include student and community acts including a Yeti Look-Alike Contest. (Dress as a Yeti and/or bring ticket stub from Yeti-Stew Cook-off at Hop Lot, and get $1 off Variety Show admission). Proceeds benefit the fine arts programs at Suttons Bay Schools. Free desserts and photos with Yeti before the show from 6-7 p.m. in the school atrium. For more information about the Variety Show, call 231.2714983.

This year, the 5K Yeti Walk/Run is canceled.