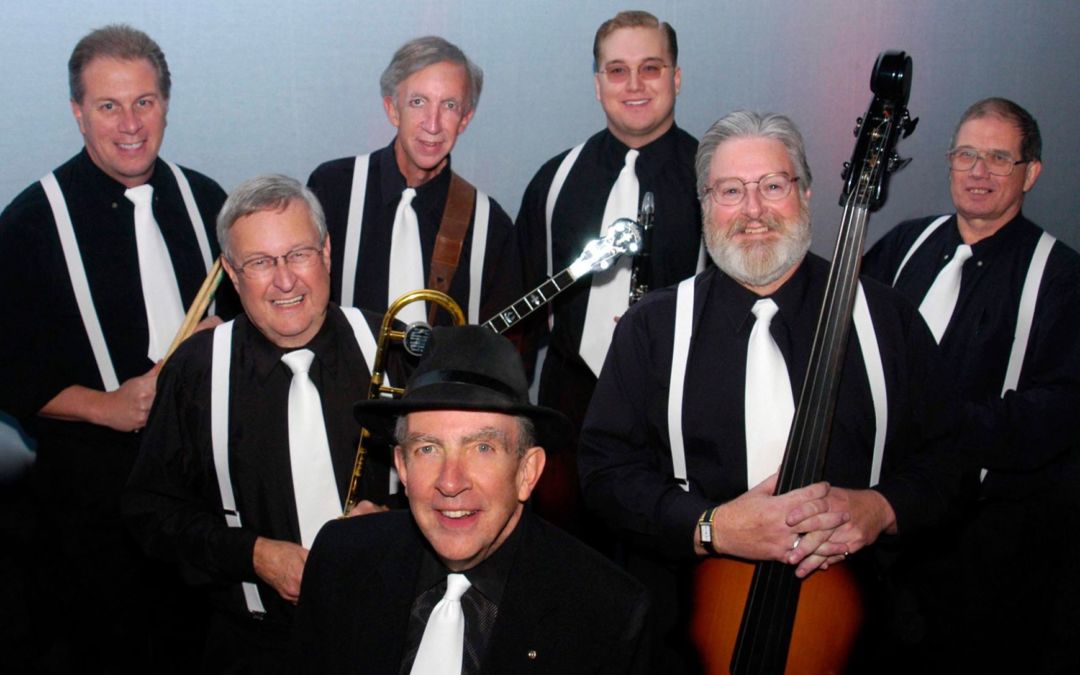 The traditional sounds of the New Reformation Band bring back thoughts of Dixieland, Bix Beiderbecke, and Jelly Roll Morton. MyNorth Media entertainment writer Ross Boissoneau introduces us to the Jazz band with Michigan music roots before their performance in Petoskey on Saturday, January 9.

It all began innocently enough. In the late 60s, pianist Dave Opperman and drummer Bob Gunther played gigs at various Saginaw-area nightspots, where they were often joined by trumpet player Gary Miller. Musician by night, by day Miller was pastor at the city’s First Congregational Church. He invited Opperman, Gunther and some other friends to play at a musical worship service at his church.

What was billed then as “The New Reformation Dixieland Band” played songs including “Amazing Grace” and “Just a Closer Walk with Thee,” the latter of which became the group’s most-recorded song.

That inaugural date in 1970 was the genesis of a band that continues to tour the country, playing music originally popularized during the early part of the 20th century.

Hundreds of musicians have passed through the ranks of the New Reformation Band since its humble beginnings at that church performance 45 years ago. Founder Dave Opperman was joined by his brother Nick on guitar and banjo until the latter’s death last year.

The group boasts 15 recordings and has performed concert and festivals across the country in its years on the road. Numerous bands have branched off from the original. Today the New Reformation band draws from some of Michigan’s and the Midwest’s finest musicians.

“Seven guys without more than a couple of minutes of rehearsing started something so terrific at that church service in 1970 that it’s still going strong.” – New Reformation Band leader Dave Opperman

“The memorable performances of the New Reformation Jazz Band have numbered in the thousands worldwide and include the classic jazz styles of Dixieland, swing, big band, blues and ragtime.” – MichiganYouthArts.org

Photo(s) by The New Reformation Band