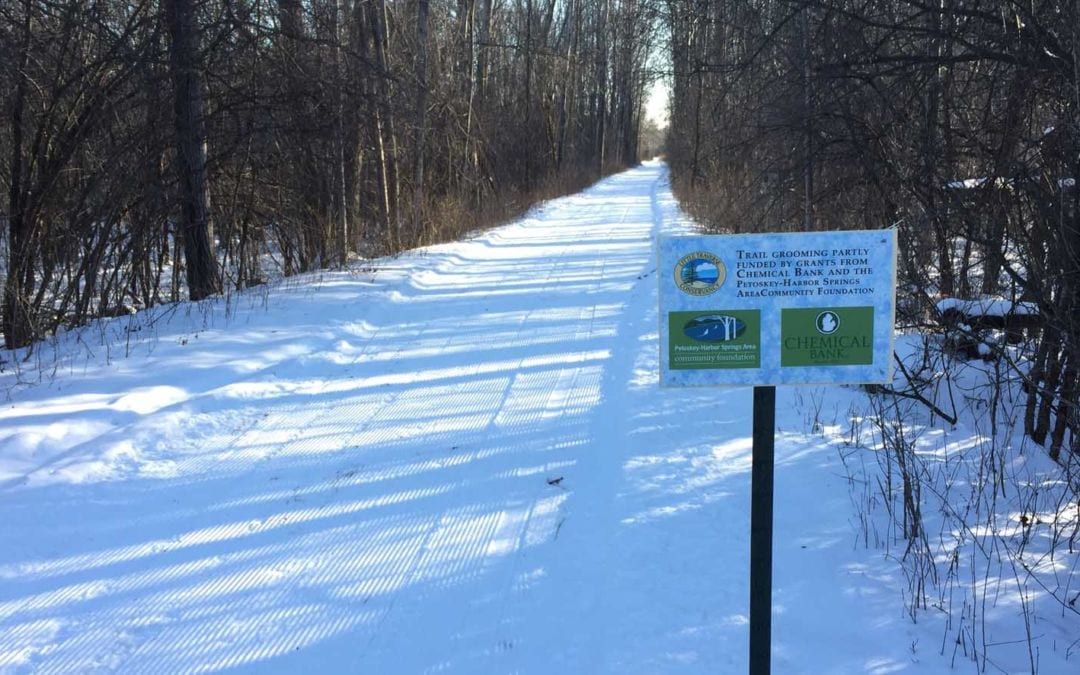 HARBOR SPRINGS: The Little Traverse Conservancy (LTC) worked with land owners, park agencies and resource management agencies to dedicate 2,447 acres of land in its five-county service area to conservation for the public, including two miles of water frontage in 2015.

A NEW TYPE OF PROTECTED LAND: Included among the 2015 projects was the establishment of Working Forest Reserves, a new class of properties that will stand beside the Conservancy’s well-known system of Nature Preserves. Working Forest Reserves have come to LTC enrolled in the Michigan Commercial Forest Program (CFP), dedicated to providing a sustainable and environmentally appropriate stream of forest products to promote economic prosperity and sound resource management across the North. These Conservancy lands receive the same treatment by local and state government as private CFP lands. Taxes are paid to local government. Harvesting is undertaken periodically. All lands are open for public hunting, fishing and trapping, and the Conservancy ups the ante a bit by making these lands open not just for these recreational uses but also for hiking, snowshoeing, and cross-country skiing.

POPULARITY OF NATURE PRESERVES: Meanwhile, the Conservancy continues to manage and care for the lands that have been entrusted to us in the past. This past year we added some new parking areas and expanded others, added winter grooming to a number of trails, and employed the use of trail cameras to count the numbers of users on our properties. We were gratified to see that improvements in our modest parking areas led to more than modest increases in preserve visitation—in fact, the numbers of people visiting the preserves increased as much as tenfold when improved access was provided. We saw similar increases in usage where winter grooming encouraged a greater variety of uses during the cold months. Using trail cameras to record all visits on some preserves and samples on others, we concluded that some 32,000 visits were paid to 34 of our most popular preserves in 2015.

ENVIRONMENTAL EDUCATION: LTC also made use of our properties for outdoor education. As of mid-December, some 5,030 children from 332 groups participated in our programs, including 4,535 students from 34 schools and others from scout groups, summer associations and home-school groups.  We partnered in conducting a Watershed Academy for high school students, worked with public library youth groups and others to help children learn about and enjoy the Great Outdoors.

VOLUNTEERS: Volunteers continue to play a prominent role in our work. Sixty-five school-aged volunteers helped with a variety of projects including monitoring kestrel nest boxes. Trail building was undertaken by the Lake Superior State University Fisheries and Wildlife Club, a floristic inventory of one of our preserves by a botany class was completed by the University of Michigan Biological Station, and a Harbor Springs Middle School class helped map a vernal pool on one of our preserves and plant native grasses on another. Several Eagle Scouts and scout groups completed volunteer projects as well.

Retired and Senior Volunteer Program (RSVP) volunteers continue to help us with mailings and membership renewals in the office.  Adding volunteer Trail Stewards who help keep our trails open, and Preserve Monitors who watch over our preserves, a total of 352 volunteers donated 3,932 hours in service through mid-December.

A CONSERVATION ETHIC: More and more property owners are recognizing that they have just as much right to protect their property and conserve its natural values as they do to exploit it. Land owners seek more and more to provide good stewardship for their land, and the public calls for establishment of more recreational trails, preserves and parks. We at Little Traverse Conservancy are proud to serve as partners to private land owners, institutions and government at all levels to maintain a healthy balance between land development and land conservation that keeps the North Country prosperous and beautiful.