Learn a Snow Sport This Month in Northern Michigan 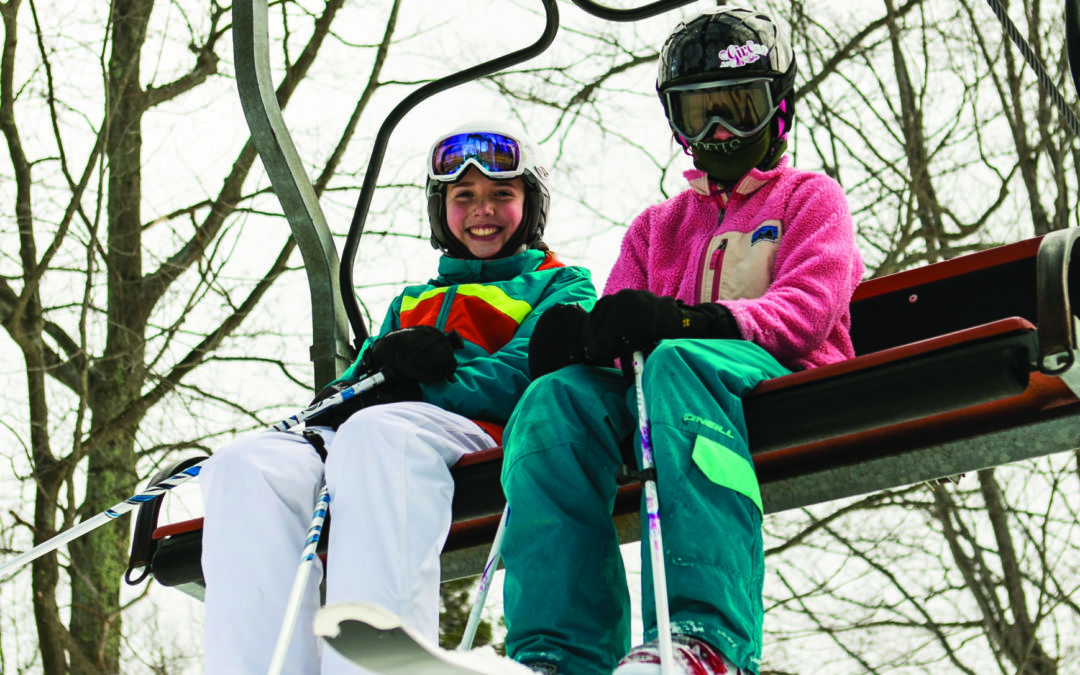 January is official “Learn a Snow Sport Month” in Michigan. Check out these ten irresistible ways to enjoy the white stuff, originally published in the January 2016 issue of Traverse, Northern Michigan’s Magazine.

Sundays are fun (and unexpectedly affordable) days at Caberfae Peaks, where a family of three can score gear, lift tickets and lessons for $49. For a larger family, add $15 for each additional person. Enjoy.

Kids ski, eat and stay free at Treetops Resort, anytime. And while downhill skiing and snowboarding are fun, broaden your definition of snow sports, with foot golf, extreme tubing and dinner events featuring cross-country skiing from one gourmet food station to the next.

Play sardine by heading to Bellaire’s Shanty Creek Jan. 18 with a pile of friends in your car or van, and you pay only $59 for the whole carload. Save enough to buy the après-ski round of brews at Short’s Brewing. Bonus: Sign up children 8 and under for a ski lesson, and they’ll get a free season pass.

Wander a trail on XC-skis or snowshoes, but take a lesson first. Instructors at both Boyne Mountain, in Boyne Falls, and Boyne Highlands, in Harbor Springs, will help you glide or walk, as the case may be, on cross-country skis and snowshoes during Winter Trail Days, January 9–10. Also included: free equipment rental and trail pass for the day.

Petoskey’s cozy Stafford’s Bay View Inn can be your base for active snow days at Nub’s Nob, where “learn to ski and snowboard” deals are good all month. Stafford’s January Winter Weekend Keepsake package gives you two nights away, breakfast, dinner and a romantic sleigh ride (from $275 for two).

You might make the Guinness record books if you head to Crystal Mountain January 8 at 10 a.m., to join the crowd hoping to best the 120 other resorts vying for the honor of world’s largest ski and snowboard lesson. $10 for the 1.5-hour lesson doesn’t include rentals but could put you in an impressive domino-style tumble of beginners down a slope.

Family Ski Week means $329 for seven consecutive days of skiing or snowboarding (with rentals) for four at Marquette Mountain, near Marquette. That kind of savings gives you an excuse to spend a week in this winter-friendly Lake Superior city. Book the carload special at Marquette’s Settle Inn, where your rate is $99 a night for four, including breakfast.

Go snowcat skiing at experts-only Mt. Bohemia, where on Wednesdays and Saturdays snowcat machines will haul you to the outback of the peaceful, gladed Voodoo Mountain runs. Even non-skiers love the trailside cabins that include breakfast and dinner in the $156-a-night fee (double occupancy), and Wednesday lodging is free if you book a Tuesday or Thursday.

The Lake Michigan shoreline is always nearby for hikes, cross-country skiing, or snowshoeing when you book the “buy two, get the third night free” deal (Sunday through Thursdays) at the Leland Lodge, on the Leelanau Peninsula. Glide the Good Harbor Bay trail or seven other pathways in Sleeping Bear Dunes National Lakeshore—then go for a mulled-wine warm-up at any of the 24 wineries on the Leelanau Peninsula Wine Trail.

Trails glow within the Porcupine Mountains State Park every Saturday evening in January for the lantern-lit ski and snowshoe hike. Find overnight options in nearby Silver City.